President Obama is feeling blue. Israeli journalist Ilana Dayan recently conducted interviews with people closely connected to Obama, including longtime Democrat operative and former senior adviser to the president, David Axelrod, who claims the president once confided, “I think I am the closest thing to a Jew that has ever sat in this office. For people to say that I am anti-Israel, or, even worse, anti-Semitic, it hurts.”

While many in the pro-Israel community and on the political Right regard this statement as absurd and just the latest political ploy from a savvy Chicago political operative, I ask that you pause for a moment and consider Barack Obama, the man, the father, the frequent patron of Manny’s Deli in Chicago’s old Maxwell Street neighborhood.

I contend that President Obama is a victim here. The casualty of an anti-Zionist conspiracy.

As a young Barack Obama was joining the political ranks of the infamous Cook County Democrat political machine, he needed guidance – introductions to the large and influential Chicago area Jewish community.

From the time he stepped foot in Chicago, Jewish liberals such as former congressman and federal judge Abner Mikva and longtime Democratic powerbroker and chairman of the Federal Communications Commission under President Kennedy, Newton Minow, took great interest in young Barack’s future.

These accomplished and respectable men may have brought Obama to the Seder table, but his Jewish identity and understanding of the Jewish people would not be shaped by them or longtime Chicago pro-Israel standard bearers and machine Democrats such as Congressman Sidney Yates or Chicago Alderman Berny Stone. Obama would develop his understanding of American Jewry from the next generation of Chicago Democrats. And their notion of supporting Israel was more about political rhetoric than personal responsibility.

Ms. Schakowsky is responsible for Barack Obama being president.

One presidential election cycle removed, State Senator Obama was regarded as a joke, and the definition of chutzpah in mainstream Democratic circles and certainly in the African American community. His failed effort in 2000 to defeat longtime incumbent congressman Bobby Rush in the Democratic primary still left a bad taste in the mouth of many outside his loyal progressive Jewish base.

When State Senator Obama made the leap into the crowded Democratic primary field for U.S. Senate, he was regarded as beyond a longshot. The old guard Democrat machine was behind Illinois Comptroller Dan Hynes, whose family went back to the Daley administration – the old man, not Richie.

But J Street Jan, who was already at odds with the old machine and undoubtedly the most influential female political figure in the state, became Obama’s lifeline and ultimately his launching pad to the presidency.

Her endorsement of his candidacy came with a progressive and liberal Jewish network that was second to none in Illinois. Obama regards himself as the “closest thing to a Jew that has ever sat in this office” because he lived within a Jewish circle during his campaigns for U.S. Senate and even later for president.

But where Obama went wrong, or shall I say, was educated with falsehoods, is the circle of Jews he hangs with to this day.

Jan Schakowsky does not represent all Jews and she certainly doesn’t represent the pro-Israel community.

Schakowsky resides in the Chicago suburb of Evanston. Imagine an attitude toward Israel similar to Berkeley or Ramallah. Scary, I know. But I speak from experience as I once lived in Evanston and belonged to the same synagogue as Schakowsky, Beth Emet – not exactly a paragon of Zionism. More of a hangout for the crowd that blames Israel for all that is wrong in the Middle East. Both their current and emeritus rabbis are advisors to J Street.

Just two miles down the road is Jewish Reconstructionist Congregation that up until last year was home to vehemently anti-Israel rabbi and guest of the mullahs in Iran, Brant Rosen. He was so horrific that his congregants, in a rare moment of clarity, “liberated” him to spew his Israel hatred elsewhere.

While Barack Obama is not a hater, I can’t imagine that he never met Rosen, let alone heard his thoughts. Rosen was also a prominent member of Rabbis for Obama.

This is the Jewish mindset that Obama knows – the source of his Jewish education. He sees his harsh criticism of Israel, public scrutiny of the Jewish State and holding Israel to a standard that not even the United States can live up to, as part of the Jewish experience. Israel bashing is as normal as lox and bagels on Sunday morning.

But the majority of Jews know it’s not, and the pro-Israel community knows the company you keep is a reflection of who you are.

Paul Miller is executive director of the Salomon Center for American Jewish Thought. Follow him on twitter @pauliespoint. 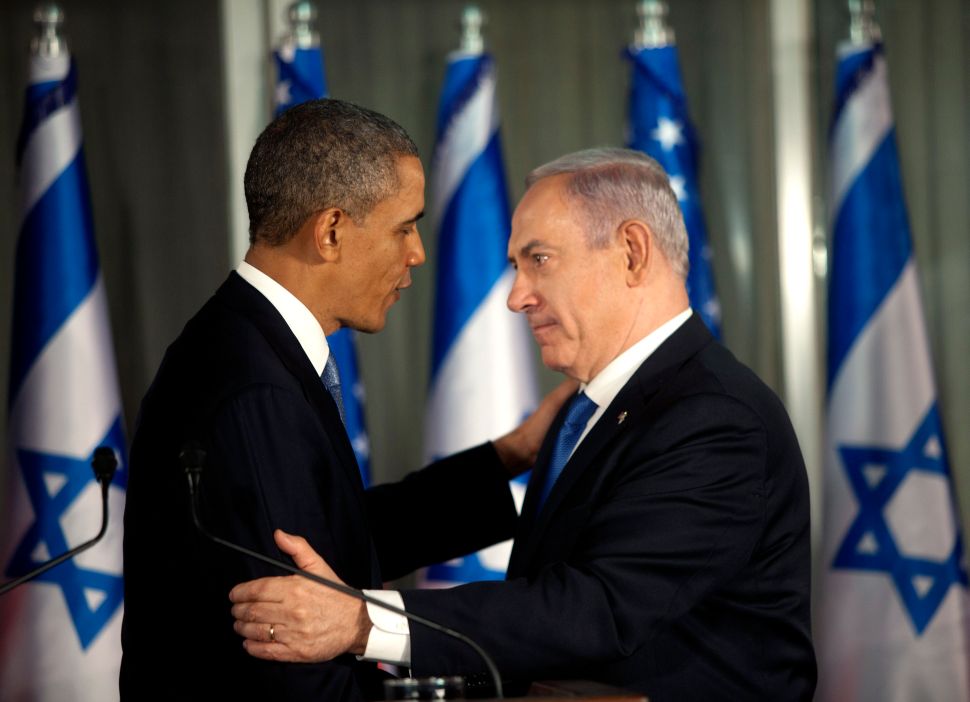