Clearly, the members of Ratatat don’t write their Wikipedia page, which calls the band a New York City experimental alternative rock duo. “No, we don’t,” confirms Evan Mast with a laugh after hearing that description, which puts Mast and his music making partner Mike Stroud in a box containing Ratatat’s polar opposite, Nickelback. Experimental, yes. Rock, yes, in their own electronic way. New York City formed, yes, though only Mast lives there now—Stroud moved upstate. It’s that always dodgy catchall of alternative that’s the real sticking point. “I don’t know what [alternative] means now, or what it ever meant,” ponders Mast.

Six weeks before the release of the band’s new album, Magnifique, the Observer chatted with Mast just minutes after Ratatat arrived in Paris to play the We Love Green festival. Ratatat had journeyed from Barcelona after playing Spain’s annual Primavera festival, and within the week they returned to the U.S. to perform at the Governors Ball spree on Randall’s Island this weekend. Inadvertently, our chat becomes a rumination on identity and fame. In an age where celebrity watching is practically a mental disease, where people lose sense of self and meaning in their own life and creative capabilities, they are in danger of becoming one and the same. I am famous, therefore I exist. Magnifique isn’t a concept album at all, yet even its cover art can be perceived as having a Warholian “15 Minutes of Fame” twist.

Was there any particular inspiration behind the new set of songs?

We spent quite a lot of time making this record so I think the inspiration shifted from one session to the next. There are a couple of songs on the album that focus on slide guitar, which were among the last songs to be made. Those were inspired by watching these videos of these old slide guitar players, particularly on The Laurence Welk Show.

Were any of these guitarists in the videos famous, people we might know?

I think they were pretty famous at the time, but these are videos from the ’50s and ’60s, so I don’t know if their names have lived on. There was one called Alvino Rey, who was pretty big in the Big Band scene. The clips we saw were from the ’60s and he was pretty old at that time. He was pretty huge then, though, but it’s not a name that most people know any more. There was another guy called Buddy Merrill, who was in the house band at the Laurence Welk Show. He was super talented and really young, like 16 or something.

When you hear about these talented people who had these active careers, it’s like where are they now, what happened?

For every name we still know there are probably 10 who didn’t become an iconic figure. The cool thing is their records still exist and people will search them out, and discover them. There may not be as many people searching for that one song, but there are people who care and it makes it exciting.

The last song on the record is one such song: an obscure cover titled “I Will Return.”

There was a guy who had a band called Springwater in the ’70s and we cover this one song he had a hit with in like 1972. It was a Top Five hit in England. He made an album really quickly to go along with it. It’s this really great record and it sounds kind of similar to Ratatat in a lot of ways. I hadn’t heard it until a few years ago when somebody showed it to me and I was amazed. He had this one song and then he disappeared, and no one knows the name Springwater now, and there’s a great record out there.

The cover of Magnifique is a collage of drawings of famous faces: I see Roy Orbison, Bob Marley, and what looks like Donald Sutherland but probably isn’t.

Actually, only a few of the faces are famous people and lots of them aren’t real people at all. They are just random drawings. It was something we did to pass the time when we got tired of working on the record. In the evenings, we’d just do drawings. If there was a newspaper lying around we’d just draw people from that. We didn’t know we were drawing for the album cover or anything; it wasn’t planned out.

It’s interesting, one presumes the drawing must be of someone famous, not your average Joe. That does look like Roy Orbison and Bob Marley, though.

That is definitely Roy Orbison, but there is no Bob Marley. It’s funny, when I show the album cover to people they all have different ideas about who’s who. They are like, “That’s so and so,” and everyone has different ideas of who these people are. It’s mostly just random people. 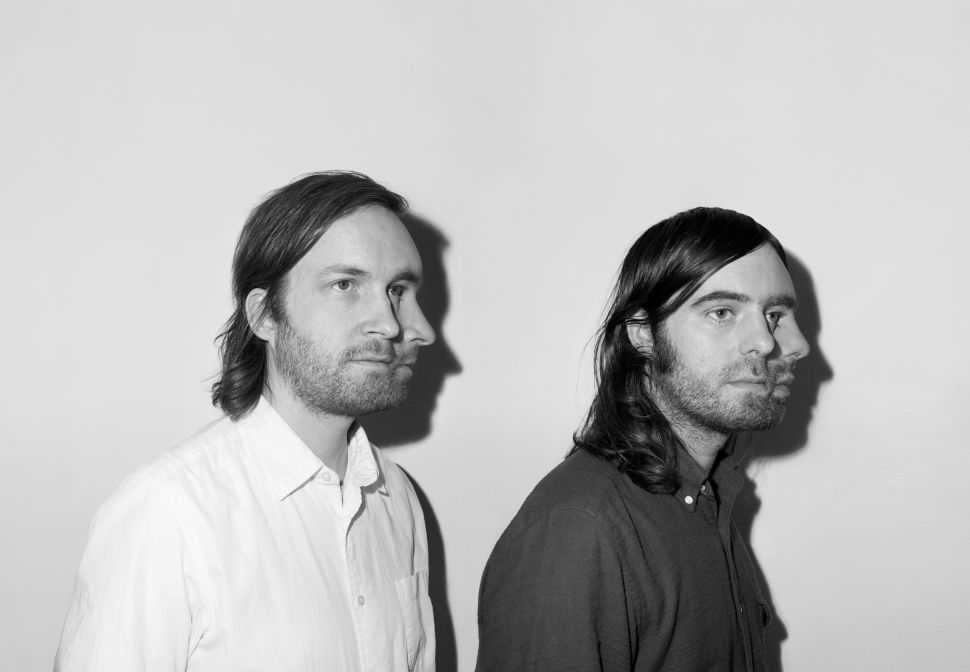