Go West, huge developer, go west: Tishman Speyer is buying a $185 million site across from the Javits Center, Crain’s reports. The buy will make Tishman the third mega developer besides Related and Brookfield to invest in Hudson Yards.

Gov. Cuomo has said that time has run out to amend 421-a before it expires on Monday, according to The New York Times, and criticized the mayor for complicating Albany’s efforts to revise the program. “You can’t come up with a resolution in these next few days, and I am not going to attempt to,” Mr. Cuomo is quoted as saying.

The de Blasio administration counters that everything gets done last-minute in Albany, but others are less optimistic and anticipate a straight extension.

The City Council passed legislation on Wednesday that would ban employers from looking into applicants’ criminal history—i.e. “ban the box” asking if they’d ever been convicted of a crime—until the end of the hiring process and also mandate they explain any rejections of such candidates in writing, according to Crain’s. Also passed: a bill that would require car wash owners to post $150,000 bonds.

In a bid to save affordable housing, the Council is also expected to introduce legislation that would essentially double fines for illegal hotel operators, according to The New York Daily News, in light of Attorney General Eric Schneiderman’s findings last year that three-quarters of all Airbnb listings over a four-year period were illegal.

Meanwhile, in a turn of events that should surprise no one, Manhattan rents are the highest they have ever been, hitting an average of $3,475 a month, according to a Citi Habitats report written up in DNAInfo. “Just when you think they have reached the ceiling, rents continue to climb,” Gary Malin, president of Citi Habitats, told the news site. The previous high of $3,400 was set in June of last year.

For some reason, The Wall Street Journal is just writing about Brookfield Place now. But in the event you were unaware of the major revamp/food court/upscaling of stores happening there and want more info.

If you were enticed by our story about intra-Brooklyn migration to Ditmas, you’ll definitely find Gothamist’s photos from last weekend’s house tour of Victorian Flatbush enticing.

Also enticing, the paint job that a Santa Clara man gave his fixer-up Victorian, though the bright and varied palette was so unusual in the Silicon Valley suburb that it brought TV news crews and a lawsuit, according to The Wall Street Journal.

Last of all, Brownstone Detectives unearth an ancient court case revolving around a little girl taken in by an unmarried couple who ran a men’s club at 666 Macon and the sort-of scandal that ensued. 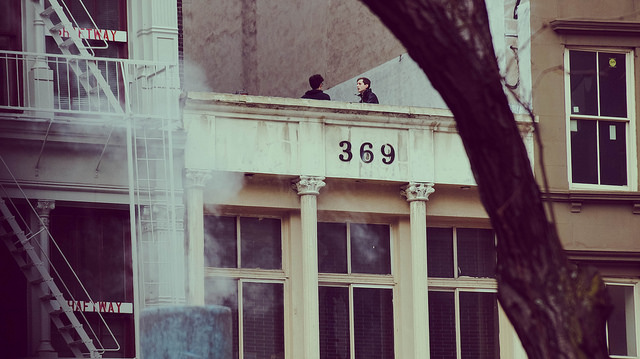