In a bid to make a buck (or quite a few bucks) in Bed-Stuy, developers are speculators are increasingly enlisting locals’ help in helping them find deals, The New York Times reports, a state of affairs that many long-timers are none to happy about. With a high concentration of black homeownership, it’s not so much a case of displacement, but of residents resenting flippers. As one homeowner puts it: “Bed-Stuy has always been a welcoming community. But it’s not welcome to wholesale investors and scams.”

In light of Albany’s continued failure to come to an agreement on rent regulations, the Rent Guidelines Board has postponed its vote to set rent increases (or, perhaps for the first time ever, no increases) for rent-regulated apartments until next Monday, according to The Times. Last year, the board voted for historically low increases of one percent on one year leases and 2.75 percent for two-year leases.

And Gov. Andrew Cuomo, worried about the Democratic backlash on behalf of angry tenants who feel he’s not doing much on their behalf to move things along, has taken to calling tenants’ rights advocates to plead his case, Capital New York reports.  They call it “the clearest sign that the governor, after weeks behind closed doors, is concerned about growing suspicion among Democrats that he is siding more with Republicans than with the party he leads.”

Meanwhile, in the Financial District, tenants in buildings that received a 421-g tax break, which incentivized owners to convert commercial space to residential provided they offered rent-stabilized leases, are fighting to control incredibly steep increases, The Wall Street Journal reports. Illustrating just how insane rents in the city have become: one of the tenants fighting for protection just had his rent increase from $7,250 a month to $9,500. “There are at least 32 rental buildings, which have 5,560 apartments, that receive the 421-g tax abatement, according to an analysis of data from the New York City Department of Finance and the Independent Budget Office. Of those buildings, three buildings—just over 700 apartments—have stabilized leases, according to the buildings’ tax documents.”

Starbucks plans to sell cookies made at French bakery Michel & Augustin at 25 of its coffee shops in New York, according to Crain’s—the coffee giant’s latest bid for a market edge and modernization. The deal, Crain’s notes, comes less than a week after Starbucks announced plans to close all 23 of its La Boulange bakery cafes, which it acquired for more than $100 million in 2012. The La Boulange brand will, however, still be used to sell food at Starbucks locations as well.

The beach season will be extended through Labor Day, Capital reports, with $687,000 allocated in this year’s budget to keep the beaches open several more days this year.

The New York Public Library’s outdoor reading rooms, with patio furniture, fake grass and librarians to help you find the best summer books, are re-opening, according to Gothamist.

And finally, an American kestrel was photographed hanging out in Bed-Stuy. As Observer reporter and avid birder Matt Kassel, whose roommate took the above photo, told us: “While they have been seen in New York, they are quite rare, and do not often pose so willingly for photos.” 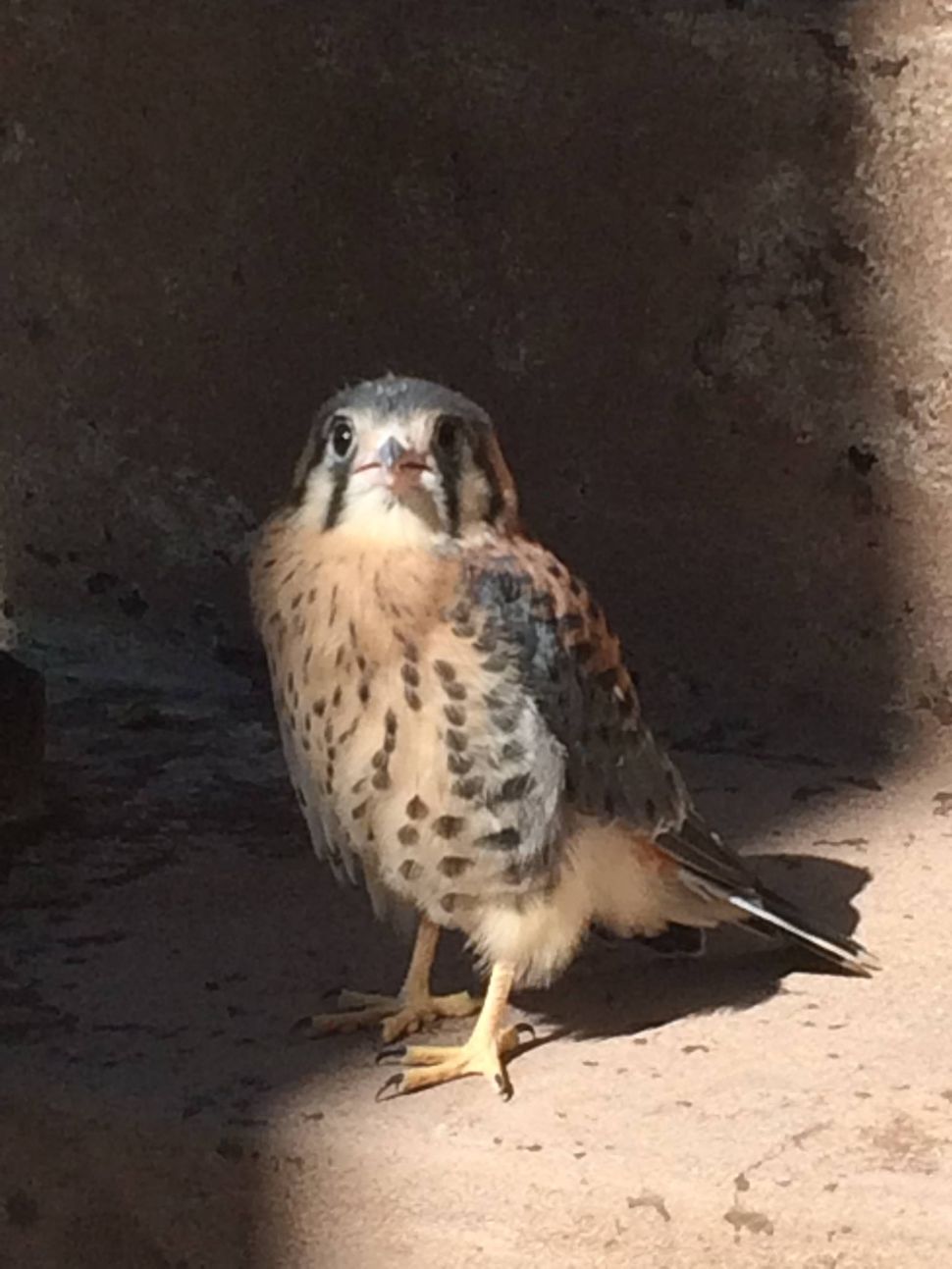