City officials has quietly abandoned plans to redevelop the Bedford Atlantic Armory in Crown Heights, Crain’s reports, “after discovering that the massive drill hall could play a crucial role as an evacuation center in the event of natural disasters and that the city still needed all those shelter beds.” Not an unreasonable position to take, but one that should have been openly disclosed to the community.

A Long Island couple narrowly escaped death when a 23,000-pound air conditioning unit fell from a crane in Midtown and crushed the care they were sitting in, according to The New York Daily News. Miraculously, neither was seriously injured.

Eight people, however, have already died this year in construction-related accidents, as many as in all of 2014. The year before, only three died, according to The New York Times. “The number of accidents has also been on the rise, with 231 in 2014, up 24 percent from the year before. (Accident figures for 2015 were unavailable.)” they add, though, “most in the industry agree that there is a simple equation at work: The more construction, the more danger.”

The iconic New York Palace hotel will be sold to South Korean conglomerate the Lotte Group for $850 million, according to The New York Daily News.

Meanwhile, the delightful Greenwich Village townhouse at 52 West 8th Street is on the market for $18 million, Curbed reports. Alas, that price does not include the renovation needed to transform the home from a three-unit co-op to the single family the buyer with such deep pockets would presumably want.

As baby boomers approach their golden years, more and more of them are renovating their homes to allow them to age in place, The Wall Street Journal reports. “Call it a baby-boom building boom. Hoping to remain in their homes and communities as they age—but recognizing that living spaces can become unsafe and difficult to navigate—people in their 50s and beyond are retrofitting houses, building additions or constructing new digs with age-friendly features.”

Gov. Andrew Cuomo dismisses rumors of a feud with Bill de Blasio over his 421-a proposal, calling it “a healthy debate” over a plan he says would lavish “billions and billions” of tax breaks on developers, Crain’s reports.

Indeed, the program would cost $9.9 billion over a 45-year life cycle, Alicia Glen testified before the City Council yesterday, a $2.8 billion increase over the current plan, Capital New York reports. However, it would more than double the number of affordable 25,500 units and would be basically offset by the mansion tax, his administration claims.

This photo on Gothamist of a fourth wall you’ve never seen before in Seinfeld’s apartment is almost like that dream where you discover a new room in your house.

More whiskey! A new whiskey bar, Wild Whiskey Warthog, is slated to open on Rogers Avenue in Crown Heights, according to DNAInfo. It will be the second new bar on the block: retro cocktail bar Branch Ofc. opened last year. 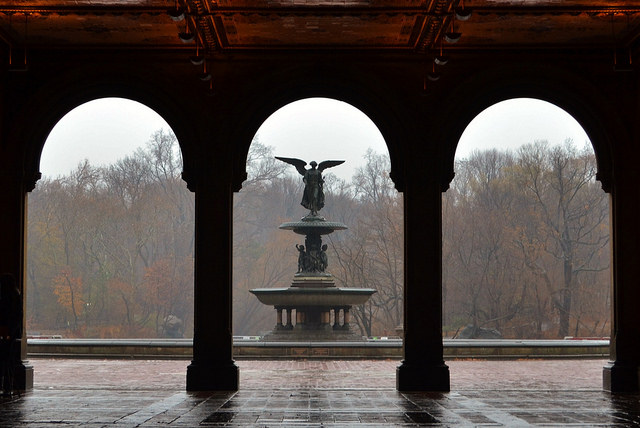