The Frick has abandoned its expansion plan after going through a maelstrom of criticism over how the intimate museum would become just another expansionist-minded behemoth, The New York Times reports. A source tells the paper that the board plans to start from scratch. “Facing potential ‘protracted legal battles’ associated with pushing its plan forward, the museum decided to go another way, the museum official said.”

Now we can focus all of our attention on the fate of 421-a, among the thorniest issues in Albany as many legislators are wary of doing anything to the program because of the vast quantity of campaign cash that comes from the real estate industry and state ethics probes, according to The Wall Street Journal.

But will the governor’s and the mayor’s spat jeopardize not only real 421-a reform, but allow rent regulation to expire? New York Magazine says that if Cuomo and de Blasio can’t learn to play nice and hammer out a new regulatory package, the city will be in serious trouble. Even a straight extender, with vacancy decontrol set at $2,500 a month, will mean losing some 8,000 rent stabilized apartments a year.

Crain’s speculates that the source of the prevailing wage 421-a logjam may be top Cuomo aide Bill Mulrow, who received $10,000 from the carpenter’s union, which opposes de Blasio’s 421-a reform plan, in an earlier, unsuccessful campaign bid.

How much does it cost to build rental housing in the city? The Citizens Housing Planning Council has a new game out today that illustrates just how pricey building in the city can be. For example, we tried constructing a midrise building in Bed-Stuy with basic amenities and our costs came to $4,228 a month. The game allows you to select for neighborhood, desired rent, prevailing wage and amenities.

A Cobble Hill townhouse (well, actually a carriage house) at 177 Pacific Street has set a new Brooklyn record, selling for $15.5 million, according to The New York Daily News. The previous record was set by the Truman Capote house in Brooklyn Heights (in whose basement he resided), which was set in 2012. It comes with a 20-person movie theater and nearly 10,000 square feet of space.

Meanwhile, an older Brooklyn couple, having sold the Park Slope townhouse they bought for $32,500 in 1966, seeks a new living arrangement without stairs in this week’s The Hunt.  Having sold the three-story townhouse for $3.3 million, the couple still struggles (how?) to find an accessible apartment in their $4,000 to $6,000 a month budget. “At the end of the day, it seems that in a way, Brooklyn is not that elderly-friendly — unless you’re just loaded,” their daughter says. Good thing they weren’t looking in the $2,000 a month range.

Classy: the drunken brunch-goers at Pranna on East 28th think the restaurants’ neighbors should move to Long Island if they don’t like belligerent people throwing up on the sidewalk on weekend afternoons, according to Gothamist. “They should fucking move or go fuck themselves because this is a free country and if wanna drink, we’re taxpayers,” one woman pointed out. “We should totally be able to have our cake and drink it too.”

This is interesting: the Upper West Side has the largest population of people who work from home in the city, according to DNAInfo. 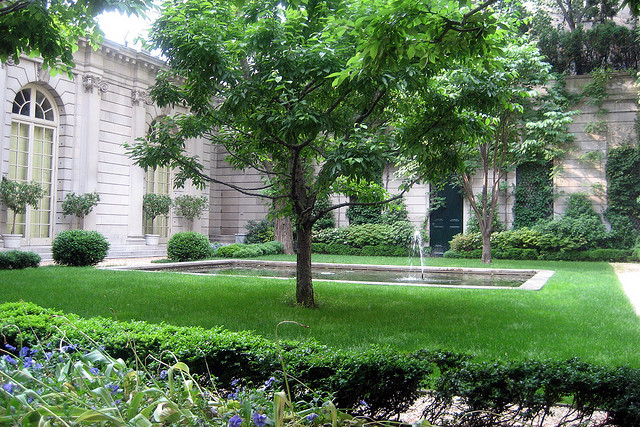