If Albany passes a straight 421-a extender through the next year, the city would end up with 1,300 fewer affordable units than it would with de Blasio’s reform proposal, according to an analysis done by Crain’s. Opponents of the plan, however, question the long-term cost of the extended tax abatements developers would qualify for.

Brooklyn’s obscenely high rents are probably not a passing phase, according to Gothamist. Extremely low housing supply means that they’re likely to stay high or go higher for some time and as much as it seems crazy how expensive the borough is compared to Manhattan, one expert points out that for decades Brooklyn was very much undervalued.

Rent stabilized and market-rate tenants have roughly the same rent burden relative to income, according to The Wall Street Journal. “Overall, 43% of rent-stabilized tenants paid more than 30% of their income, after accounting for the federal subsidies, compared with 42% for market-rate tenants.” Though “in both groups, the poorest renters paid a large share of their income on rent, while few affluent renters were burdened.”

Meanwhile, when it’s this hot and muggy many people wonder why they live in New York at all. Especially when an iced coffee here costs $4 of $5. For those of us who don’t intend to cough up even more than that for Nitro cold brew, Gothamist has some tips for making your own.

Critics of Barry Diller’s floating westside park are suing to stop it in court, The New York Times reports, contending that the deal was signed in a secretive process that did not have the requisite transparency required by state law and used an environmental review plan that did not involve demolishing one pier and building another.

And in Brooklyn, critics of a developer who claims to have tracked down the owner, or the owner’s daughter, of a lot where a community garden now stands and convinced him to sell the land for $10, are trying to stymie the project on grounds that it all sounds super shady, according to Curbed.

In a near advertorial, Crain’s recommends that “companies seeking amenity-rich luxury office space should check out 432 Park.” However, the sell might have been slightly too hard, as a correction clarifies that only “executive management” will have access to the same luxe amenities as building residents.

I think we can all be happy about this: a Lexus left double-parked, unlocked and with the engine running on Park Slope street was stolen, according to DNAInfo. Apparently, “the car’s driver had left the Lexus to run into a nearby store.” Because why bother with parking, turning the engine off or locking the car? 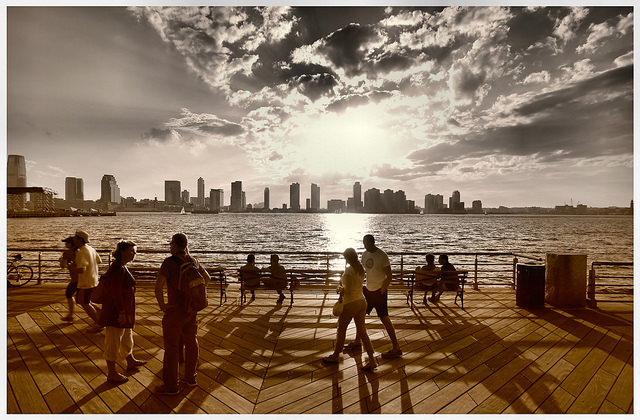