As more and more residents in the city opt to make money by renting out their apartments and houses via short-term  services like Airbnb, a side industry has emerged that’s designed to make the process less of a headache, The New York Times reports. Services like onefinestay and Flatbook will clean your house, coordinate key exchanges, replace your crumbling bar of soap with upscale toiletries, import fresh linens and even help redecorate your house.

As New York real estate continues to trade for unprecedented prices, the CEOs of firms that buy and sell real estate have soared as well, Crain’s reports. “Three of the 10 highest-paid CEOs of publicly traded companies in the city last year owed their outsize paychecks to the roaring real estate market.” The year before, no real estate CEOs made it to the top 10.

Mayor Bill de Blasio has made quite a fuss about parks equity in the past, but that’s hardly translated to better maintained greenswards: first deputy parks commissioner Liam Kavanaugh told the city council that only 23 percent of city parks have a dedicated maintenance crew, according to the Post. Moreover, “many of these overlooked parks are in some of the city’s poorest neighborhoods, according to park advocates.”

In other green space news: an East Harlem garden at 103rd Street has sold its air rights to a developer for half-a-million in cash and a chunk of land to expand its garden, DNAInfo reports. “That was the main reason we did the swap,” the director of the New York Restoration Project, which owns the garden and eight others in El Barrio, told the news site. “We got $500,000, but the key thing we got was the land. We wouldn’t have done the deal if it was just for cash.”

When it comes to gardening indoors, how do you keep your houseplants alive? Honestly evaluate your light situation and your own diligence in regards to plant care, DNAInfo recommends.

Unparalleled amenities are among the more tired of upscale buildings’ sales pitches, however, The New York Times reports that those at the Dermot Company’s 66 Rockwell in Downtown Brooklyn really are over-the-top and extremely Brooklyn-y, with movies curated by BAM and yoga and Zumba classes taught by Mark Morris dancers. This, of course, does not come without its costs: one resident said that “the cultural offerings were among the enticements to ‘pay more than is probably economically responsible.’ ”

There is also a question as to whether this ends up isolating residents more than connecting them to the neighborhood. As another resident said, ““New Yorkers are so busy, even if we have these places across the street, it’s nice, after a long day, to have them downstairs, free of charge.”

The Landmarks Preservation Commission is poised to hold a hearing tomorrow on the designation of the Stonewall Inn, which, if designated, would become the first individual landmark designated within an existing historic district after-the-fact, according to The Wall Journal.

In addition to announcing his campaign for president, Donald Trump has increased the size of the clubhouse at his Ferry Point golf course from 12,000 to 18,455, according to new renderings obtained by DNAInfo. Ron Lieberman, an executive vice president at Trump Organization, said the clubhouse’s size “may have increased somewhat. Meanwhile, the Parks Department claims that the size hasn’t increased at all, it’s just that the additional 6,455 square feet includes the outdoor dining areas and bar terraces.

Finally, H&M may be bringing one of its more upscale brands, Cos or & Other Stories to the retail space it quietly closed at Fifth Avenue and 42nd Street, according to Crain’s. “According to a spokeswoman for landlord Stawski Partners, H&M will be ‘rebranding the space and will continue its lease with different merchandise.’ “ 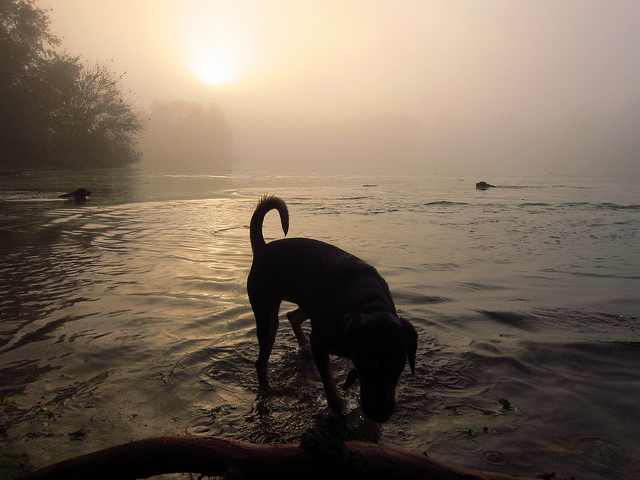