The Rent Guidelines Board votes tonight and both landlord and tenant leaders say that they’re expecting a rent freeze, The Wall Street Journal reports, which would be the first ever. Two-year leases, meanwhile, are expected to see one to two percent increases.

There are few who would call the rent regulation and 421-a extensions that passed on Friday a coup for either the mayor or the governor, who squabbled bitterly over the continuation of the city’s affordable housing programs. Even by the most generous estimations, the agreements seem perfunctory. However, both are doing their darndest to get lots of credit for the outcome. Gov. Cuomo called the new rent regulations “the best reform package in history” and Mayor de Blasio’s adminstration taken to Crain’s to boast about the small concessions he won, like a non-geographic subsidy tier system and slightly higher affordability rations, though it won’t exclude condos from the tax break (as he had proposed). Moreover the Mansion tax, which would have set off the continued and ballooning costs of all of the subsidy, didn’t pass either.

Speaking of ballooning costs: the lucrative tax breaks granted to Lower Manhattan in the wake of 9/11 have, despite the completion and opening of the new World Trade Center, been extended for another two years, according to Crain’s. Sketchier still is the fact that Assemblyman Sheldon Silver, who still represents the area despite facing major corruption charges and having lost his post as speaker, released a statement praising the ongoing subsidies: “we can see that lower Manhattan has seen great progress since 9/11, but anyone who walks the neighborhood knows the work is far from finished,” Mr. Silver said. “With many major infrastructure projects still incomplete, these incentives are vital in building on the progress we have made and will help to see the job through.”The 80/20 affordable housing model is a poor cross-subsidy to provide middle-income housing, opines Crain’s, providing neither enough housing to offset demand and causing secondary gentrification at the same time.Ready or not, Greenpoint Landing, a 10-tower Mega project, is coming to the quiet neighborhood, Gothamist reports. And developers Park Tower Group and L&M will get $136,000 in subsidy for each of the 103 affordable units created by the project, half the subsidy of a Bloomberg agreement, according to Crain’s. One wonders, however, under what terms the Bloomberg deal was made and how it was voided.The condo at 280 Metropolitan Avenue in Brooklyn is trying really, really hard to woo hipster yuppies, Curbed reports, with marketing materials that feature obscure and incredibly pricey alcohol (a bottle of Pappy von Winkle), copies of On the Road and expensive handbags. Another photo features a kitchen island with both kale and macarons.

Really hot tub: could Saturday’s fire at luxury condo 100 Riverside Boulevard have been caused by a hot tub? Gothamist asks. The answer: it totally could have! The FDNY tells that news site that that “the cause was still under investigation, but added that “it very well could be true” that the hot tub led to the spark.” 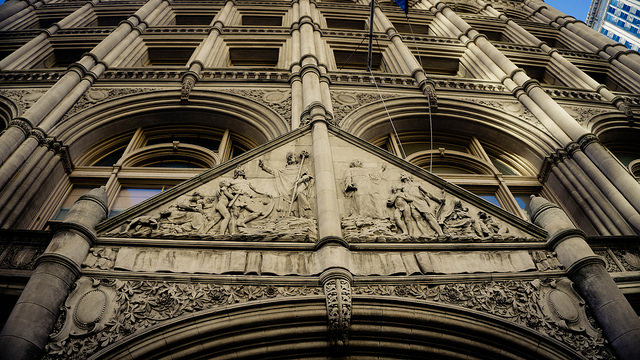