Find the rest of our Orange is the New Black recaps here!

I’m going to get to all of the important parts of Orange is the New Black. I promise. But first, can we take a second to talk about Norma? Dear, sweet, mute Norma. The only things we really knew about her prior to season three is that she has a lovely singing voice (see season one’s finale and her spontaneous hymn), she is a loyal follower of Red, and, for whatever reason, doesn’t speak.

The rumors about Norma and her powers went from whisperings to a full–fledged prison following over the course of the first half of this season, so it was easy to anticipate that the show would delve into her past more thoroughly. And delve it did.

As it turns out, Norma was the bright eyed, enthusiastic follower of a cult in her youth. She also has a debilitating stutter. Without speaking, she (along with about a dozen other girls) marries her cult leader and dedicates her life to the cause—even after her husband is abandoned by all of his other wives and cult members. After she is verbally berated for being a weak, mute follower by her washed up lover, Norma decides to display her strength. By pushing said cult leader off of a cliff. Nicely done, Norma.

Norma’s flashback is the perfect example of OITNB’s season three format. The third installment lacks a true villain or conflict. It’s much more episodic than anything we’ve seen before, instead driven almost entirely by characters rather than any real plot. More specifically, these characters are driven by power—the lack thereof, the acquisition of it, and ever shifting balance of prison control.

This is seen quite nicely in episodes 5-7. While we do see a glimpse of an empowered Norma as she heaves her former lover off a mountain, we know she’s been reduced to Red’s combination of a friend, masseuse, and maid in prison for the last twelve years. And when Red is reinstated to head chef, taking Gloria’s place (another shift of power), the Russian chef assumes her loyal counterpart will take her rightful place as her (very, very quiet) second hand woman once more.

However, Norma’s newly acquired reputation as a healer leaves her with a strong prison family, eager and willing to do her bidding—excluding, of course, Red, who laughingly dismisses Norma’s powers. But when Red’s kitchen is reduced to an industrial, pre–made meal plan (Red’s worst nightmare), she receives a knowing, foreboding look from Norma.

So many questions! Is this a power shift from Gloria to Red to Norma? (Yes, it is.) Can we expect even more power to flood to Norma in the future? (Yes, probably.) Will we ever hear Norma speak, save for a single “son of a bitch!” after killing her husband? (Doubt it.)

Norma isn’t the only one displaying the changing power dynamics at Litchfield. Poussey’s grown powerless, allowing alcoholism and loneliness to control her. Marisol, as seen in her flashbacks, only wanted power over her life—we’re shown an ambitious teenager, selling fake drugs and manipulating her consumers. She rejects her mother’s proposed future: become a seamstress, like herself. However, after landing herself in prison, she receives a new job sewing underwear, and she too is powerless against fate seemingly guiding her toward the career she so resisted.

We also see Caputo try desperately to maintain power and control over Litchfield, to little result. He’s losing the war against privatization and the corporate web. This battle is frustrating, as it detracts from the inmates themselves. However (and I may be alone in this), I’ve grown to really like Caputo. He’s an unfortunate guy with an unfortunate job, but he cares about his prison and inmates. Oh, and he can really sing.

The best display of power seen so far is easily Chang’s flashback. Teenage Chang was quiet, awkward, and shy—she is outright rejected by a man seeking an arranged marriage, to the dismay of her brother, who can’t wait to rid himself of her. Chang proves her worth by aiding her brother’s illegal animal smuggling business, as well as by saving her brother’s business partner when an exchange goes awry. She also proves she’s a ruthless monster when she kidnaps her runaway suitor and cuts out his gallbladder. Talk about a power trip.

We mostly saw Chang doing some strange things the first two seasons. Little did we know, she probably yields the most power in Litchfield. She prepares her own meals, munches on a secret stash of oranges, and watches Chinese soaps on her smartphone. You go Chang.

Notice how I haven’t mentioned Piper yet? It’s because she’s just really not that important this season. Her arc consists of selling worn in panties and dating Alex. That’s nice for you Piper. 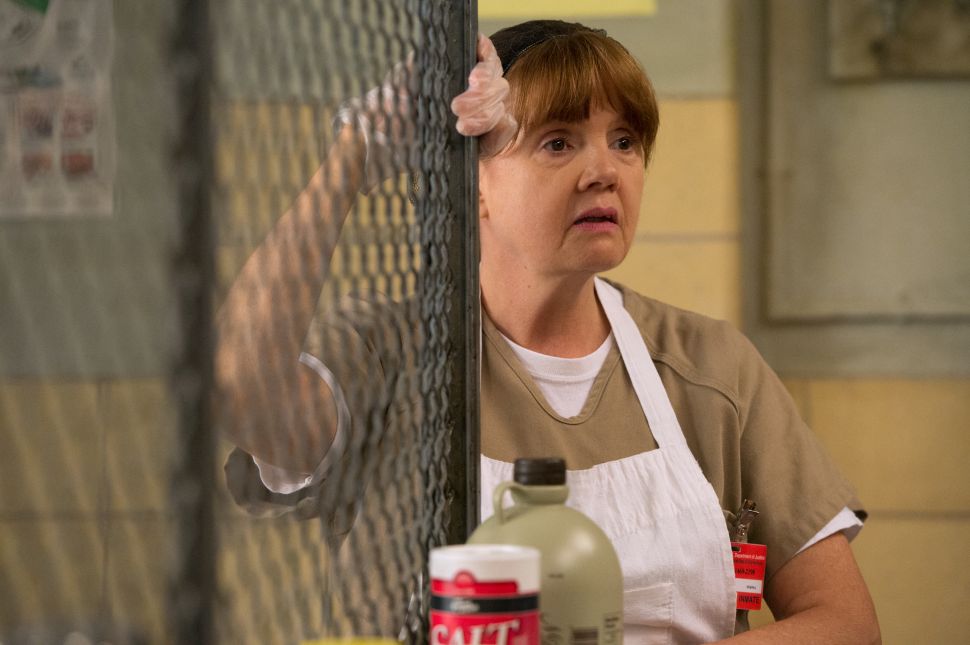