Finally—finally—things are all going right for our favorite clones. Once all the pieces were on the board in this weekend’s season finale, the sisters’ strategy went off almost without a hitch.

And as much as I love it when a plan comes together, it did make the episode a bit flat, at least by Orphan Black standards. It was nice to see Sarah succeed for once, and seeing her reunite with her sisters and then her daughter was as gratifying as expected. But it’s just not that thrilling to see a not-terribly-complex plan simply work well.

Sarah offers Topside’s agent/assassin Ferdinand a deal: We give you clone-original Kendall Malone’s tissue samples (I still marvel that we’ve got a popular TV show in which all the characters are desperately fighting for access to blood vials and cheek swabs) and Virginia Cody’s location, and in exchange you end Castor and their rape-based biological weapon once and for all.

They track down Mark, the one Castor clone with any reason to help them, who tells them that Rudy will be going after their “weak flank,” i.e. Alison. Using Ali as bait, they sic Helena on Rudy—fun, but almost unnecessary, since Rudy is basically already dead. Then they beat Mark up so that Cody can’t see he doesn’t have Rudy’s awesome facial scar, and have him dial in a fake location for Malone, where Ferdinand is waiting to capture Cody. (Why couldn’t he just make a voice call instead of a video call? Because then Sarah wouldn’t have had an excuse to punch traitorous Mark in the face, I guess?)

Then Ferdinand comes to collect his tissue samples for Topside, and all is signed, sealed and delivered. All very tidy and sort of ho-hum.

The one hitch in the plan comes when Delphine discovers that Topside, Leda and Castor are all being controlled by the shadowy Neolutionists, who are not actually the dippy pop-science bullshit artists we thought they were, but are really a shadowy organization that has been orchestrating all of these events. Oh, and they may or may not be a race of parasitic mind-controlling worms? (Please, please don’t let them be a race of parasitic mind-controlling worms, because that would be so incredibly stupid.)

Turns out Ferdinand detests Neolutionists, so of course he picks up a baseball bat and starts awesomely killing the bad guys, and now we’ve got a new psycho on our team. He tells Sarah to take Malone far, far away so the “Neos” can’t find her. Luckily, she’s got a great-granddaughter and/or niece (this family’s relationships are very complicated) waiting for her in Iceland. Reunions all around, and fade to black.

Well, a few other things happened, I suppose. Here’s a rundown

Revelations that weren’t very revelatory: How Sarah ended up being adopted by Mrs. S.

It was a very moving scene, but the actual truth is quite simple: Kendall Malone told Doctor Duncan to send the missing clone, Sarah, to her “revolutionary” daughter for safekeeping. For Malone, it was a kind of penance for killing John Sadler, and for us it functions as a redemption of a pretty nasty character. Which makes it all the more emotionally affecting when four generations (or only three generations? I’m so confused with this family) of Malone/Sadler/Mannings reunite in Iceland.

Revelations that were actually surprising: Susan Duncan is alive.

Tucked into Malone’s tale was the unexpected detail that Neolution corrupted Susan Duncan. Last season, Ethan Duncan had said that they “killed my Susan,” but apparently they just took away the Susan he knew. And apparently she’s high up in Neolution, and is now keeping Rachel in some kind of weird Darwin-themed prison cell.

Revelations that made no sense at all: Worms? Seriously, WTF was that thing that came out of Nealon’s mouth? It seemed like he was trying to pass it into Delphine—is that how one becomes a Neolutionist? That better be some sort of machine-robot worm, because if it is some sort of parasite or alien or alien parasite, this show has suddenly gone way off the rails.

People who are surprisingly bad at their jobs: Rudy, Doctor Nealon

After weeks of being an unstoppable killing machine, Rudy got defeated by Helena with a screwdriver and a roll of duct tape. (Please someone make her kicking the tape in his face a GIF for me to watch over and over?) Granted he was in the process of dying of a weird brain disease, but he still seemed remarkably bad at fighting all of a sudden.

Meanwhile, Nealon basically had one job: keep Crystal in a drug-induced coma—for just a few more hours!—so nobody knows she’s not Rachel. But then suddenly she wakes up just as Delphine is in the room? You’re a doctor, you can’t figure out the right dose of her coma drugs? Also, you didn’t bother to remove her dead-giveaway white-trash manicure? Or do anything to disguise the fact that she, unlike Rachel, has two good eyes other than cover one with an easily removable bandage? You’re just awful at this. And now you’re dead. Ah well.

People who turned out unexpectedly cool: Jesse of Jesse’s Towing

When Donnie and Alison track down Helena’s “boyfriend” Jesse for her, I was cringing, because she basically knew this guy for an hour or two, like a year ago; they shared a dance and a kiss, and that was it. Helena, in her endless spinning of fiction out of her own life, has made it all into much more than that. But for all we know, this guy could be like, OK, you’re cute, but we met, like, one time. To his credit, though, Jesse just totally rolls with it, and seems really into Helena. He doesn’t even balk when she propositions him for sex with “I have science baby inside me, but you are my first.”

Scenes that were far more satisfying to watch than I expected: Rudy’s death, Manning family reunion

Scenes that were exactly as satisfying as I expected: election night party at Bubbles

Every time three or more clones share a scene it is wonderful, and not just because of the immense technical and acting achievement, but also because you get to see this group interact as a family. And in this case we got the added bonuses of a) having their venue all be just ridiculously pink, b) the inclusion of Art, who really belongs there, and c) a touching tribute to Beth.

Open questions I don’t really care about: What is up with Shay? Who shot Delphine?

Besides unmasking Nealon and Neolution, Delphine mostly spends the episode trying to make up for her appalling actions in last episode, telling Shay that she has given Cosima permission to tell her all about the clones. (Though why is that Delphine’s permission to give or withhold?) And she gives her a Dyad business card with some mysterious code on it. Which I guess is supposed to be one of the new mysteries for next season, but it is hard to generate any interest in, because who cares? Who cares about Shay at all?

I suppose we are also supposed to care who shoots Delphine at the end of the episode, and whether she is still alive or not. But honestly her character has been so inconsistent that she’s less a person and more a plot device. I just find it hard to work up much sympathy or interest. Cosima still loves her, so I guess that’s something?

Open questions that are actually interesting: WTF is Neolution? And what are they doing with Rachel?

Worms? Really? And why does Rachel’s new prosthetic eye seem all glowy? Is she like the bionic woman now?

Loose ends nobody seems to be addressing: Jason Kellerman

Seriously—the dude beat up Donnie and ended his partnership with the Hendrixes, but he’s still around somewhere, right? And is presumably still a drug dealer? Except that Helena just killed his drug supplier with a paper guillotine, so he’s probably pretty upset. It’s not like he doesn’t have reason to suspect the Hendrixes, and he knows where they live.

Why is nobody worried about this guy? It’s like the writers just forgot about him. I hope he pops up with murderous plans next season. Mostly because I want to see Helena beat him up with whatever tools happen to be lying around that day. 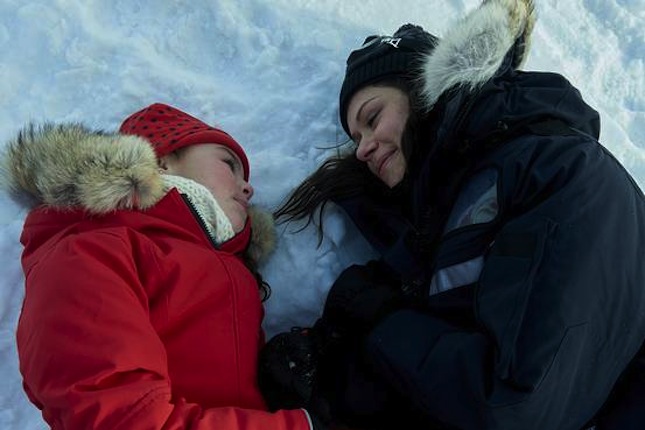