TRENTON — A controversial consumer protection bill aimed at shoring up rising out-of-network healthcare prices in New Jersey was de-fanged just a little during an Assembly Insurance and Financial Institutions Committee hearing today, when lawmakers removed a provision of the legislation that limited what health care providers were allowed to charge patients.

Dubbed the “Out-of-Network Consumer Protection, Transparency, Cost Containment and Accountability Act,” S20/A4444 aims to make the amount that health care providers bill to patients and insurers more transparent, as well as cap payments to no more than two-and-a-half times the median amount paid by commercial insurers. That latter provision was the one take out during the hearing, at the behest of a slew of physicians and hospital representatives who packed the room to testify against the bill.

The legislation, sponsored by a team of Democrats and several years in the making, has stirred some controversy since its introduction last month. Much of the state’s healthcare community — as well as many Republicans in Trenton — have criticized the measure, both for suppressing out-of-network physicians’ ability to negotiate fair pay and for lacking across-the-aisle feedback in the legislature.

One GOP source, prior to a caucus meeting with critics of the bill in Trenton two weeks ago, told PolitickerNJ that they were not allowed enough input when Democrats were putting together the package. Democrats themselves, however, deny that claim.

One of the bill’s primary sponsors on the Senate side, state Senator Joe Vitale (D-19), told PolitickerNJ following that meeting that Republicans were trying to make the legislation “partisan, when it’s not.”

“They’ve already formed an opinion that this is the worst thing since the ebola virus,” he said. “This is a very serious issue that need serious debate, and everyone is welcome to the table.”

Today’s Assembly hearing appeared to have made some progress toward making the legislation more palatable to both parties. Assemblyman Jack Ciattarelli (R-16) spoke highly of some components of the bill and called access to affordable healthcare a “right, not a privilege,” while committee chairman Craig Coughlin (D-19) stressed that the legislation is at its core meant to protect consumers from “price gouging” and “egregious pricing” amid already steep healthcare costs.

Lawmakers kept in the bill the two main provisions they hope will end “surprise” billing from specialists to patients who receive care out-of-network, the crux of the legislation. Those provisions included the requiring of patient notification by a hospital 30 days prior to a procedure that identifies the medical professionals providing the care, as well as the creation of an independent arbitration process to decide billing disputes between insurance companies and health care providers. 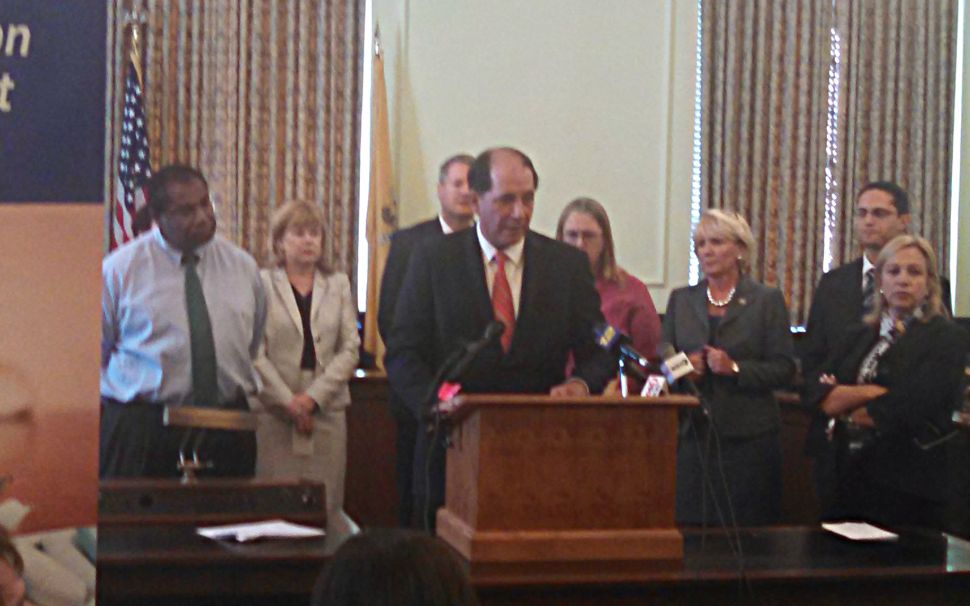