Palestinian artist Khaled Jarrar is in the news — and perhaps in trouble? — again.

Khaled Jarrar fired 21 shots into bottles of paint as a performance piece at Art Bärtschi & Cie gallery in Geneva, Switzerland last month; now a local newspaper reports (and Artinfo picked up) that police issued a summons to the gallery owner as a result and are investigating the incident.

Before becoming the infamous artist who shot a handgun in a gallery, Jarrar was best known for his artwork “State of Palestine,” in which he created a passport stamp for the non-existent state of Palestine and distributed it at a Berlin art show.

Last July, the Whitebox Art Center in New York hosted a Jarrar solo exhibition which dealt with barriers to immigration but, ironically, he was prohibited from leaving the West Bank and could not attend the opening of his show, titled “No Exit.”

The investigation in Geneva and the exhibition are ongoing, according to reports.

The results of Jarrar’s performance will be on view at the gallery until July 11 as part of his show “That Thou Canst Not Stir a Flower Without Troubling of a Star.” 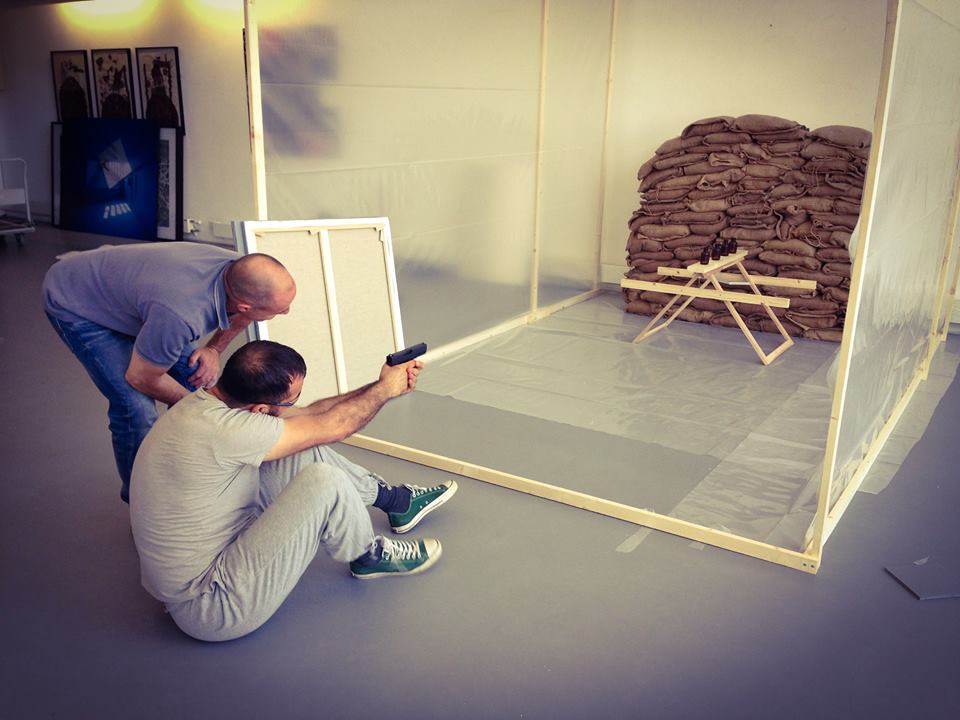