In “Above The Vaulted Sky,” the fifth episode of Penny Dreadful’s second season, the notorious Dorian Gray takes Angelique, his latest fling, to the opera. Later that evening a group of society douche bags recognize Angelique—revealed to be a transgender prostitute early on—and verbally assault her. Humiliated, she next appears to Dorian as a man, thinking he’d be more comfortable with her in the body she was born into. But Dorian sweetly tells her he likes her for who she is, and the two engage in some intense, only-seen-on-Showtime sex.

Despite early hype, it took Penny Dreadful long enough to move in such a radical direction. The first season of Penny Dreadful, although lauded for its costuming, design, and performances, was an eight episode-long exposition. It took its time introducing its characters—many like Dr. Victor Frankenstein, his monster Caliban, and Gray already familiar—and lacked a formidable foe for our heroes.

Now, more than halfway through its second season, the series appears to have found its footing. We have a badass villain, the devil-worshipping witch Evelyn Poole, and a series of subtler conflicts that problematize many of the social mores—views on gender, class, sexuality—that dictated late 19th century London. Despite having a premise that demands we abandon our incredulity, Penny Dreadful, like so many of the horror series making up today’s TV landscape, feels very much a part of our present, real world.

Season two once again puts the show’s star, Vanessa Ives, at the forefront. She’s a powerful, independent woman, and is played with such bizarre intensity by Eva Green it’s impossible to envision the show without her in at least every other scene. Her commanding presence itself is an inversion of the genre, a play on a role that has traditionally been dominated by men—the role of the anti-heroine. She’s not alone.

In addition to Vanessa Ives, Norma Louise Bates in Bates Motel, the many roles Jessica Lange has taken on in the American Horror Story anthology, and now Gillian Anderson’s newfound place as Hannibal Lecter’s co-conspirator in Hannibal, reflect a refreshing switch up in what the genre is providing on TV today. They aren’t damsels in distress or femme fatales, but seriously complex women who can go from vulnerable and soft to conniving and murderous scene to scene. Horror has historically challenged these conventions in film (see Rosemary’s Baby, Carrie and even this year’s It Follows), and is now defining TV in the greatest of ways. After all, in an industry consistently criticized for stereotyped or underdeveloped roles for women, the genre appears to be an oasis of sorts.

This season of Penny Dreadful, Vanessa finds herself the object of the devil’s affection, and—along with father figure Sir Malcolm Murray and American cowboy Ethan Chandler—must resist the darkness that has been creeping up on her since the series first premiered. Evelyn Poole and her band of witches are harassing her, and they want to capture her and offer her as a gift to Satan in exchange for more power. While her struggles resisting the group have dominated the season so far, the show’s supporting plotlines also reveal a significant shift and indicate the timeless ideas that the genre of horror can express.

Sir Malcolm Murray was one of the blander characters introduced in the show’s pilot, an old bitter white dude out of place in a cast of really pretty people. He’s an aristocrat who spent many years exploring colonial Africa and his early motives include a need to find the missing daughter he never had much of a relationship with in the first place. This season, however, Sir Malcolm becomes more interesting as we see his position of power called into question. He is trapped in a loveless marriage, and embarks on an affair with Evelyn Poole (who he doesn’t realize is manipulating him). He’s also plagued by travel traumas right out of Conrad’s Heart of Darkness, and the show is quickly setting up the figure to be a signifier of a dying century and ideology. Simply stated, colonialism and the machismo attitude that imperialistic England may represent, is losing its cool. Hannibal, which has just begun airing its third season episodes, also plays with masculinity and ego, best seen through the odd rapport between Will Graham and Hannibal Lecter.

Nevertheless, it’s Dorian Gray’s plotline that’s the most radical this season. Horror and fantasy have always been obvious platforms to explore queer relationships and ideas. Modern vampires are often depicted as fluid creatures that sleep around, move around, and ultimately resist many of society’s more conservative institutions. Like in True Blood, for example, many of the vampires are polyamorous and taken on lovers of all sexes. Although it’s been decades, Buffy also played with the supernatural genre to give us one of the greatest gay relationships to appear on the small screen.

Dorian Gray, the ageless beauty first created by Oscar Wilde, is Penny Dreadful’s most elusive character. Played by Reeve Carney, he’s a boyish figure who initially occupies the affections of Vanessa. We learn that he’s into S&M, and from that bat are meant to understand that he understands sexuality in a different way than his contemporaries. His pairing with Angelique, therefore, is probably the most explicit instance of queer sex on TV right now. It’s also rare and wonderful to see a trans character from that time period on screen.

With four episodes to go as of last night, Penny Dreadful epitomizes a potentiality in content creation that’s appearing across all networks. The popularity of American Horror Story and The Walking Dead, and the critical acclaim shows like Hannibal, The Leftovers and even The Returned (the French version, of course) are receiving, reveal a widespread need and appreciation for a genre many have dismissed or trivialized. Modern horror has a lot to say and television is the place to say it. 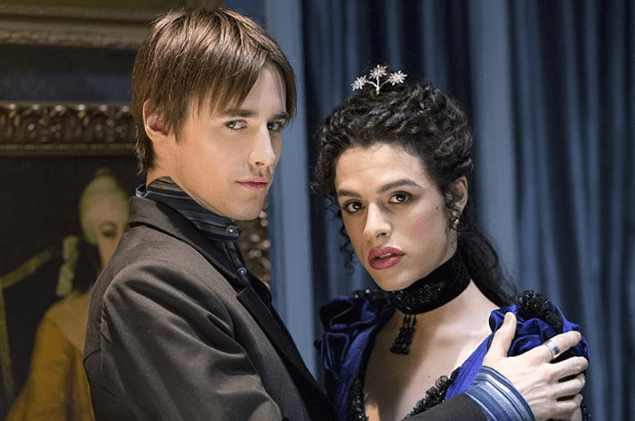