Pitch competitions are nothing new in the tech field, but one concluding today sports some special qualities.

The Women Startup Challenge Pitch Competition is a battleground exclusively for new companies founded by women. And even besides it’s female focus, the format of the competition is brand new and features a crowdfunding period as well as take-home cash for everyone.

A total of 180 startups were selected for the first round, which required they participate in a month-long crowdfunding campaign on Crowdrise. All of the startups walked away with what they raised, but the 25 campaigns that raised the most money were considered for the next round. At that point, investor judges looked at each startup’s performance in the competition so far and overall business and chose 12 to move on to the final round of pitches.

“We developed it that way because with pitch competitions, it’s winner takes all,” Allyson Kapin, founder of Women Who Tech, the company hosting the competition, told the Observer. “You get so many that work so hard, but there’s only first, second and third place, and there’s often no prize money.”

Most pitch competitions award the winners prizes like legal services, web hosting and coworking spaces. These are definitely valuable, and runner-ups in The Women Startup Challenge will receive similar startup-friendly services, but Ms. Kapin thought it’s more important to give new businesses led by women a shot at capital.

There is, of course, the first place prize of $50,000, but the competition’s setup helps everyone walk away with capital for their companies too. Helping women-led startups is really the goal for Women Who Tech, the company Ms. Kapin created to help women find representation in the tech field. She was inspired to start the company when she realized that women are almost never keynote speakers or panelists at tech conferences. She was also bothered by the fact that only seven percent of VC money goes to women-led startups, even though they generate higher returns. This is this same funding issue that inspired another women to launch Female Founders Fund (known as F Cubed), a VC fund that invests only in startups founded by women.

After months of hard work and preparation, the 12 finalists will finally present their pitches tonight in front of a sold-out crowd of 300 in Washington D.C. These are the startups competing:

“I think they’re all amazing,” Ms. Kapin said. “What I love about the list of startups pitching [today] is that they’re all incredibly different from each other. You’re not seeing the same type of platform or app; They all fill an incredibly different niche from one another, and I think it will be tough for the judges and investors to pick the grand prize winner.”

One app, On Second Thought, enables you to take back a text you sent accidentally so you can avoid horror stories like these true tales of emails people desperately wished they could unsend.

Contrastingly, Zidisha is a non-profit crowdfunding loan platform for people in developing countries. The startup connects business owners with loans directly without going through local bank intermediaries, which take around 35 percent in loan fees. Zidisha has gotten that fee down to only five percent.

The winner will be known shortly, and we’ll have the update here.

“Last night was incredibly successful,” Ms. Kapin told the Observer. “The pitches were amazing. Each investor told me after the competition how strong each startup pitch was. We packed the house to a sold out crowd of 340 people. There was a line down the block to get in.”

First place was awarded to On Second Thought. In addition to the $50,000 grand prize, the startup will receive a one hour investor consultation with 500 Startups and a three-minute pitch at Web Forward Summit as well as a comp pass to the conference.

Second place went to Fam-mess, and the prize package included $1500 worth of probono legal services by Nancy, three free months of General Assembly at Front Row and a comp ticket to Web Forward Summit.

Third place was awarded to Kicker. The startup was gifted $150 towards class and workshop tuition at General Assembly as well as a comp ticket to Web Forward Summit.

All three winners will also be profiled by The Huffington Post also.

“It was so amazing to see such strong women-led startups take center stage last night and showcase their startup and show how their products will be disrupting text messaging, financial literacy for kids, the news for Millennials, mortgage lending, and big data” Ms. Kapin said. “What’s next? We plan to launch the Women Startup Challenge in other cities and are eyeing NYC for our next one.” 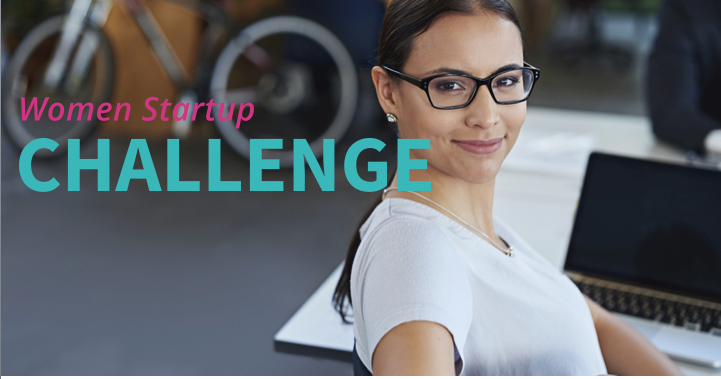