Still stuck moping in a Game of Thrones finale hangover? Do you already pine for the supernatural overcast of dread involving the violent deaths of small children, the violent deaths of regular-aged people, weird face masks, British accents and (most importantly) Ramsay Bolton, the best character on the show?

Don’t worry, Netflix has you covered. With a lack of fanfare, the streaming service introduced an original series last month, an indie British production by John Harrison (Book of Blood) and Misfits director Alex Garcia Lopez. It’s called Residue, and you may have accidentally scrolled over it if in the sci-fi/horror/”recommended for you because you like The X-Files, Eyes Wide Shut and The Conspiracy.” But believe me, this is must-see television.

First of all, it stars two Game of Thrones featured actors, Iwan Rheon (Ramsay Bolton in GoT) and Natalia Tena (who played Asha, the wildling who wasn’t in this season but is ostensibly still wandering Westeros with Rickon.) And in Residue, Rheon plays Jonas, who is a good guy! Well, not good-good. He’s still a spokesman for a futuristic British government, issuing knowingly false reports to the public about some sort of explosion/attack on New Year’s Eve. But the point is, Jonas is trying to get to the bottom of things, despite his complicit position in the cover-up. Though the “QZ” (quarantine zone) has supposedly been evacuated, nearby residents within the blast radius seem to be…not well. Possibly sick, possibly haunted, possibly both? And Jonas is ON IT. As is his girlfriend, the photo-journalist Jennifer Preston (Tena). Also, there may be an ACTUAL cop on the case, whose daughter died in the explosion, but honestly that character is such a McNulty stereotype that I keep getting him confused for similarly-shady looking criminals and/or informants and/or the homeless vagrants that gather on the outskirts of the QZ and hold hella weird sex raves for rich people. They are literally Eyes Wide Shut: someone pointed out that Residue uses the same score for its masked sex parties as the infamous Kubrick scene. It’s an homage that feels creepily atmospheric in authentically original way, because this isn’t just some rich guy’s house that Tom Cruise stumbled upon. It’s a symptom of a growing sickness, pulsing its weird energies until it infects the entire populace. And ALSO, there are smoke cloud ghosts that turn your face all weird and make you cut out your eyes or worse.

That brings me to the second reason you should watch the show: it’s futuristic sci-fi/horror, my favorite mashup of genres ever! Think Black Mirror, Strange Days, Blade Runner, Prometheus, Resident Evil, 28 Days Later,, Cabin in the Woods or any plot that could be described as “ghost in the machine-y” or “based on the work of Philip K. Dick.” I personally find the horror element to nicely balance hard sci-fi plots because it’s a) way more atmospheric and spooky if there are robots AND ghosts and b) horror can help give sci-fi plots structure, in the sense that we are far more acquainted to their contextual “rules” in a narrative sense. Horror movies demand a set of internal logic that, say, 2001 or Ex Machina doesn’t. (Well, excepting Isaac Asimov’s “Three Laws of Robotics,” which a lot of films throw out the window anyway.)

Here is an example of what I’m talking about.

Question: Why is the ghost of that Japanese girl so angry?
Answer: Because she was murdered and is taking revenge and/or being compelled by the satanic cult living next door.

Question: “Why is that robot so angry?”
Answer: “I dunno, we just gave it all the human emotions and also the ability to be self-aware.”

Nope. No mas. Doesn’t fly. “Built it on a burial ground” works as a reason shit goes bad in Poltergeist, but makes no logical sense in Jurassic World. (Which, I just found out, doesn’t take place in the future but apparently in some alternative reality that’s just a Richard Bronson sex dream.) More likely the cause of Jurassic World’s epic #fail? The fact that it hired back BD Wong’s scientist character from the first film to make another batch of hybrid Crazy-saurus. Jesus. Just get a new geneticist already!

Anyway, I digress: the third reason you need to watch Residue immediately is that it’s only three episodes long. That’s right. That’s just how the Brits run their prestige TV game: very short seasons with very long episodes. Residue is also billed as a “mini-series,” which at this point is synonymous with “Not a huge time commitment but the only thing we’ll be talking about for at least six months.”

I’m going to end it here, because honestly, if you aren’t sold on Residue based on those prior, excellent points I’ve just made in its favor, you need to go to the back of the Snowpiercer train, where you belong. 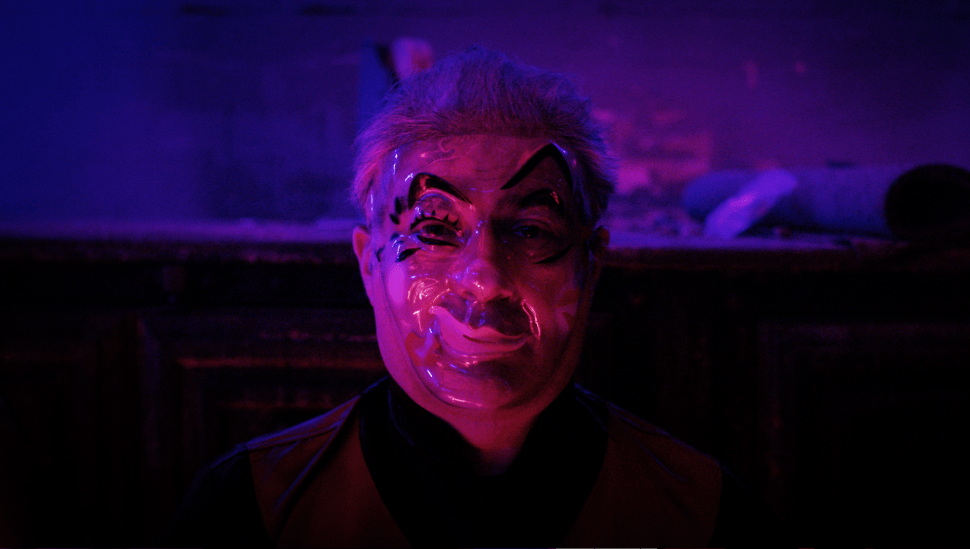