The devastating effect of bipolar disorder on marriage and other personal relationships is not a new subject, but in most movies it is examined from a woman’s perspective. Infinitely Polar Bear, a terrible turn-off title for one of the best films of the year, views the affliction and its psychological repercussions through a different lens. Written with wit and nuance and sensitively directed by Maya Forbes, who makes a formidable feature-film debut, this is a movie that informs and entertains, with a centerpiece performance by the great, often underrated and always surprising Mark Ruffalo. After The Normal Heart, I didn’t think he was capable of surpassing himself, but here is the unimpeachable proof that he can do justice to every assignment.

He plays Cameron Stuart, a bipolar Boston man struggling to balance his equilibrium and raise two daughters alone after his wife Maggie (Zoe Saldana) takes a sabbatical to attend graduate school in New York for 18 months. Writer-director Ms. Forbes draws forcefully from her own autobiographical details, even dressing Mr. Ruffalo to look like family photos of her own father, and casting her daughter (Imogene Wolodarsky) to play herself at a younger age.

The end result of so many careful details is weakened at times by the episodic structure of her narrative and the unanswered logistical questions a more objective director might have addressed. But there is no denying the impact of Mr. Ruffalo’s performance as a troubled but mercurial disaster waiting to happen. As Cam, his manic-depressive mood swings render him fired from his job and headed for a nervous breakdown that lands him in a mental hospital. Highly educated but completely broke, he’s impulsive and unpredictable. Nothing can dilute his desire to be a sweet, loving husband and responsible father of two girls he is forced to raise at the poverty level. Watching him leap over hurdles and scale barriers, the viewer is undeniably drawn into the challenges of his life story on every level.

An embarrassment to his daughters because he talks incessantly and is too friendly with strangers, he still keeps everyone amused as a never-ending source of tall tales and made-up anecdotes. Glamorous, handsome and heartbreaking, his charm is so contagious that he is easily forgiven, even when he leaves the kids at home alone and unsupervised while he goes out drinking. Their home is chaos. Their father collects clutter, never throws anything away, fails to make the environment safe and clean enough for children and is exasperatingly weak and irresponsible. But he’s gentle and handsome and hilarious and completely sympathetic. As his children grow more mature, they realize he’s like one of their toys—the ultimate teddy bear.

Mark Ruffalo is so wonderfully three-dimensional that you really want Cam to get his life together and succeed at something. And then you see, like a lightning flash, what director Ms. Forbes learned about her own dad—a father who lives like a child can be a special kind of father to his children. They will always have a playmate.

SEE ALSO: Mark Ruffalo: The Man in the Movies 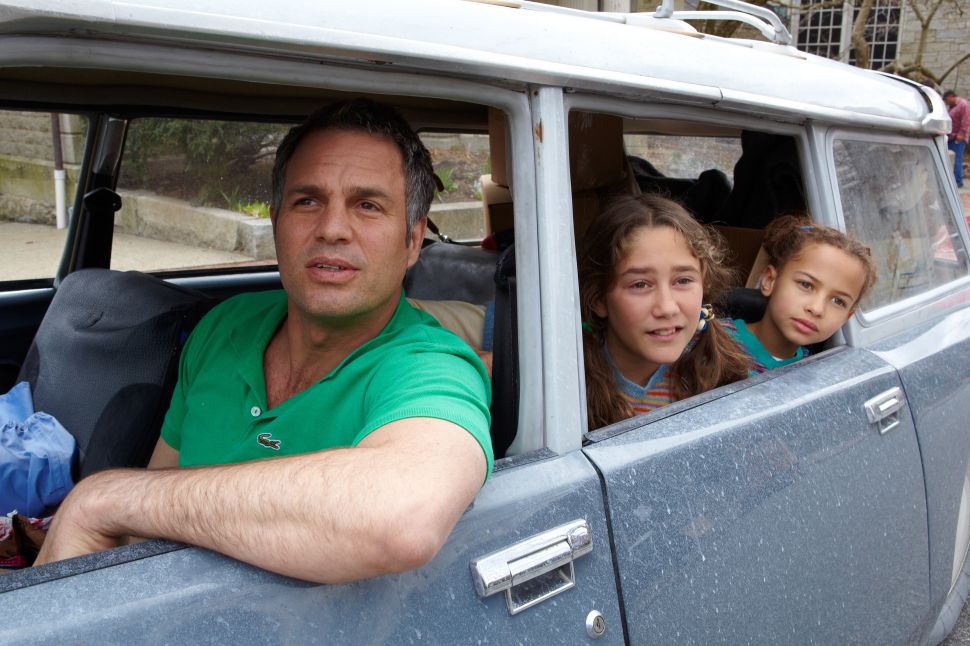