Russell Simmons has become as known for his strong belief in the positive benefits of meditation as he has for his success as a hip-hop and fashion mogul.

“It’s been a passion of mine—giving meditation to as many people as possible,” he told the Observer.

The Observer chatted with Mr. Simmons ahead of the launch about the app, how he became inspired to meditate every day and own his meditation routine.

He told the Observer he began meditating 20 years ago but only started to do so daily 15 or so years back.

“Every morning, I sit for 20 minutes, i repeat my mantra and just sit,” Mr. Simmons said.

He’s made morning meditation a family affair as well. After meditating himself, he goes to the house of his 15-year-old and 12-year-old daughters to meditate with them before school.

“It expands their brain capabilities.”

He spoke so passionately about the general importance of meditation and the associated health benefits that we just have to let him speak for himself on this one. Here are some of the thoughts he shared with us:

On the app, Mr. Simmons expands on the benefits of meditation and the methods with even more inspiring thoughts. 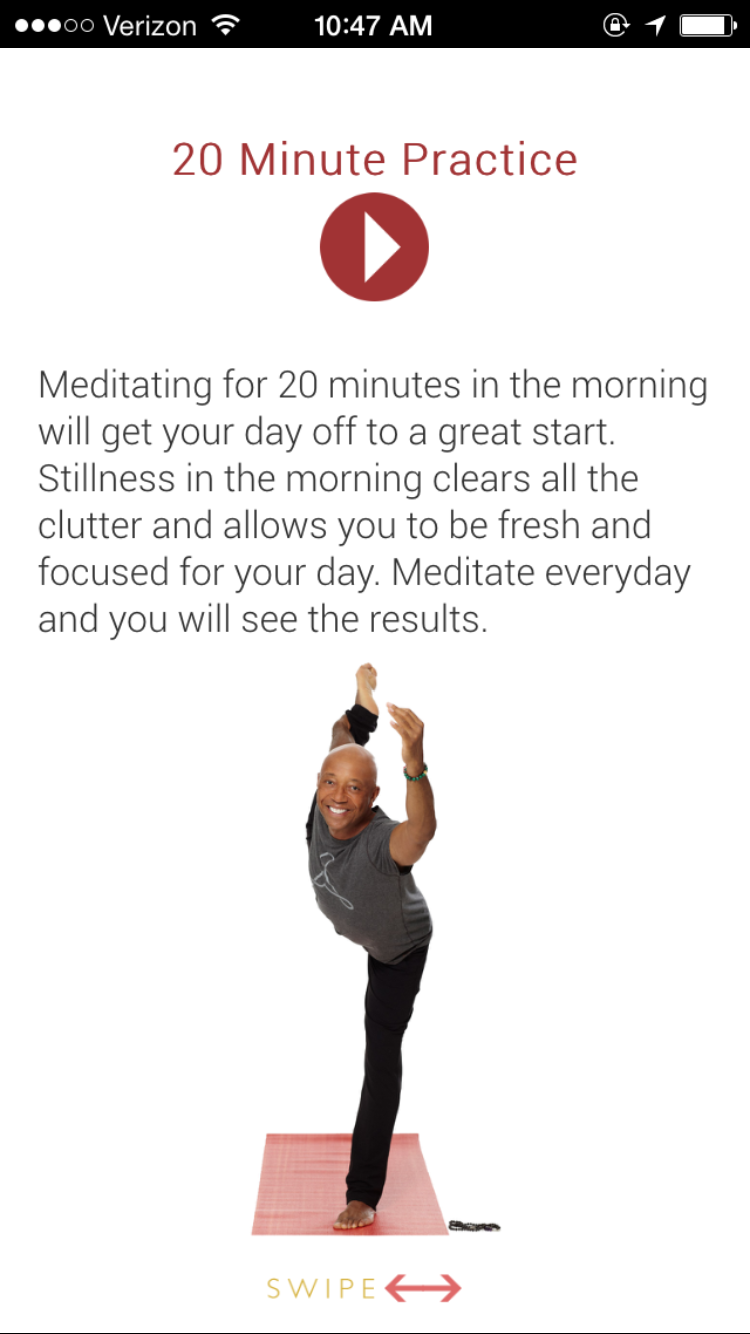