“I feel good. I feel confident,” said DeSalvo, 47, an electrician elected mayor in 2011 after serving on the Bergen County borough’s council since 2009, in an Italian deli on Park Avenue before he went to vote. “We’ll get the number of voters out that we need. I’ve got good support from all of the residents here, along with my family and friends.”

DeSalvo campaigned on his record as mayor, stating that under his leadership, Rutherford will be able to keep a firm handle on the zoning and development changes to come in the wake of key regional shifts, including the absorption of the New Jersey Meadowlands Commission, of which Rutherford has been a member, into the New Jersey Sports and Exposition Authority, as well as the planned retail and residential Highland Cross redevelopment in Rutherford and the American Dream entertainment complex in neighboring East Rutherford.

DeSalvo also said that he was ready to press Bergen County, the owner of the William Carlos Williams Center for the Arts in downtown Rutherford, about the future of the center. He also disagreed with Williams-Fox’s proposal to allow bars to open up in Rutherford on a wide scale, deeming it unnecessary, while denying his rival’s assertions about nepotism in the recent hiring of police officers that led to an ongoing lawsuit.

The center is named after William Carlos Williams, Williams-Fox’s grandfather, a Pulitzer Prize-winning poet and arguably Rutherford’s most famous native son. But to DeSalvo, all votes have a last name and a family, famous or not.

“This is going to come down to the issues that we’ve already dealt with, and how I tackled them,” DeSalvo said. “Actions speak louder than words. Everybody has a grandfather, and everybody’s grandfather is important. It doesn’t matter for the issues that we have to tackle.” 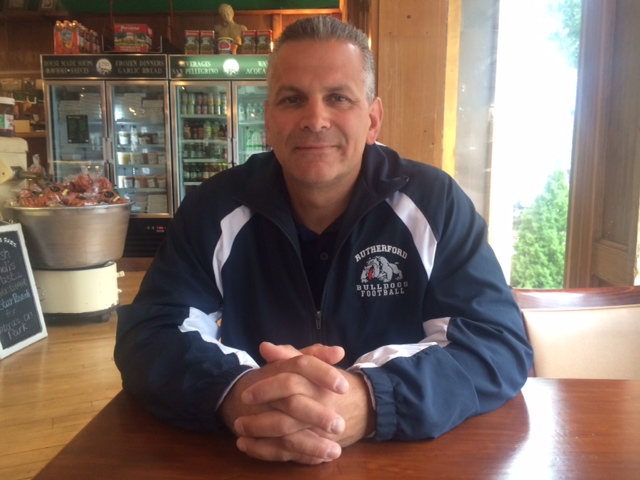