MORRIS COUNTY – Freeholder Dave Scapicchio feels confident that his team will prevail in what he sizes up as a contest between undue outside influence and internal GOP-faith keeping.

“The scoreboard is black and it won’t light up until about 8:30 tonight, but we had a good message and the message will over money,” the incumbent Republican told PolitickerNJ.

Rain continues to saturate the region. Scapicchio said he does not feel the weather will significantly alter what is already an anticipated low-turnout election.

“Morris is educated,” he said of his county, home to 104,493 registered Republican voters.

The Republican seeking his second three-year term said in addition to what he sees as independent expenditure overreach in the county he feels satisfied with his and his running mates’ record of accomplishments.

“I’m having dinner with close friends as I do every Election Day,” he said of the coming closing hours.

Then he will head down to the county building in Morristown to hear the results. 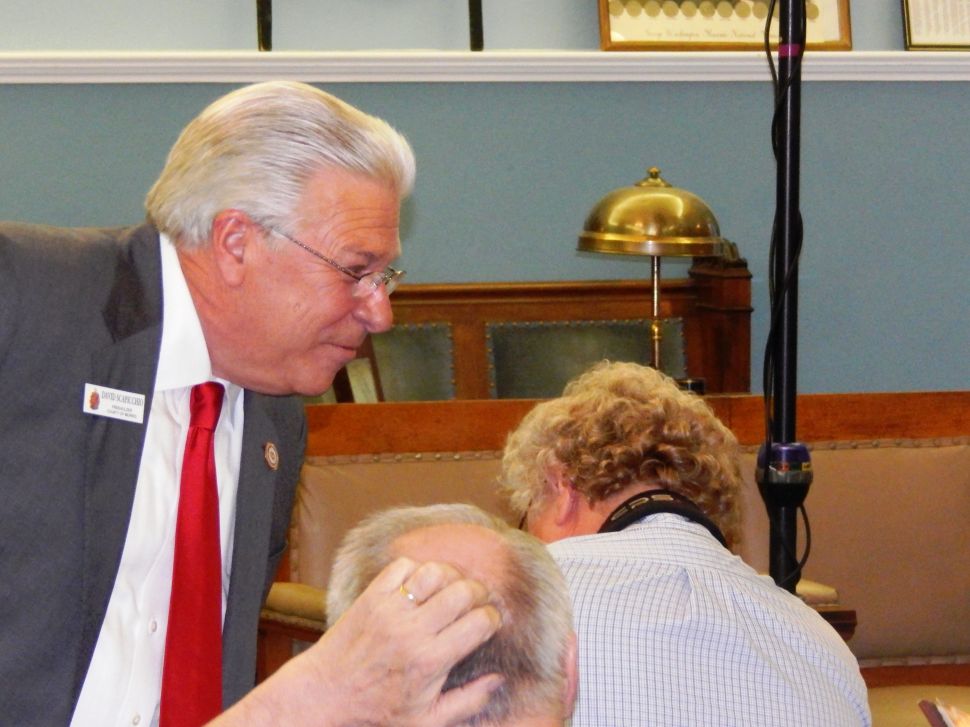