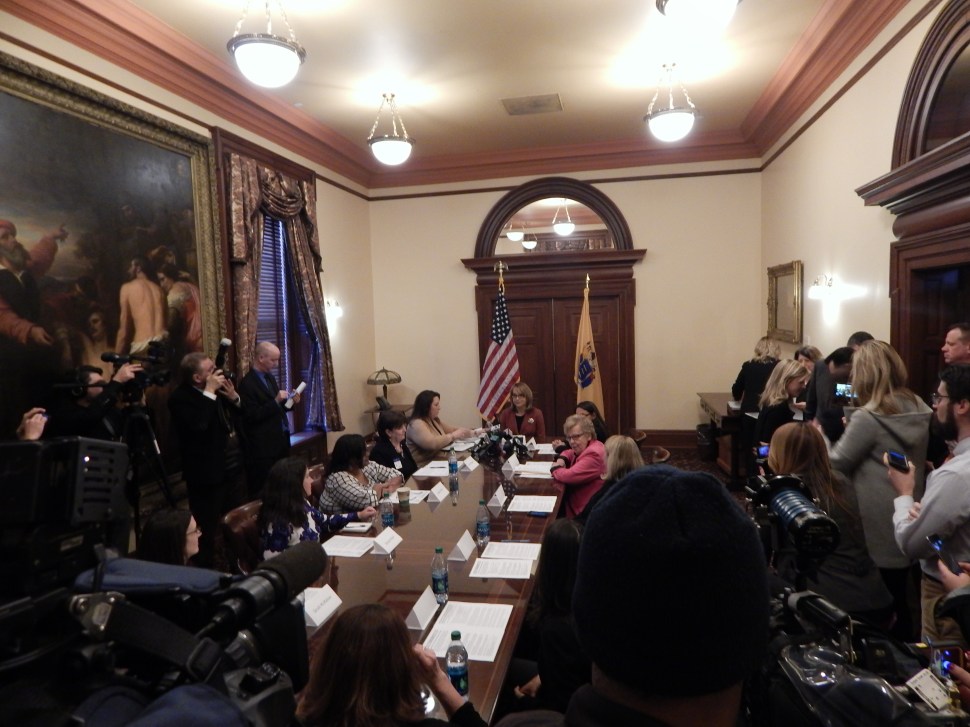 TRENTON — Amid a long list of other legislation, the Senate Budget Committee released a bill today that would enhance protection of victims of domestic abuse partly by making it easier to take away guns from abusers.

Weinberg, during testimony on the bill, called guns and domestic violence “a lethal mix”, citing statistics that find abused women five times more likely to be killed by an abuser if that abuser has access to firearm.

A similar bill has been sponsored by female GOP lawmakers in the Senate, differentiated slightly from Democrats’ bill by giving priority review to domestic-abuse victims seeking gun permits.

Both bills part of a nationwide push among gun control advocates to get firearms out of domestic abuse situations, highlighted recently in New Jersey by a visit to the statehouse in Trenton from former Arizona Congresswoman Gabby Giffords.

A member of the House of Representatives from 2007 to 2012, where she represented Arizona’s 8th district, Giffords has become a leading figure on the issue after being critically wounded in a 2011 mass shooting in Tucson. The experience nearly cost her her life, losing some of her ability to speak, write, and walk.

The bill passed with nine yes’ and four abstentions. 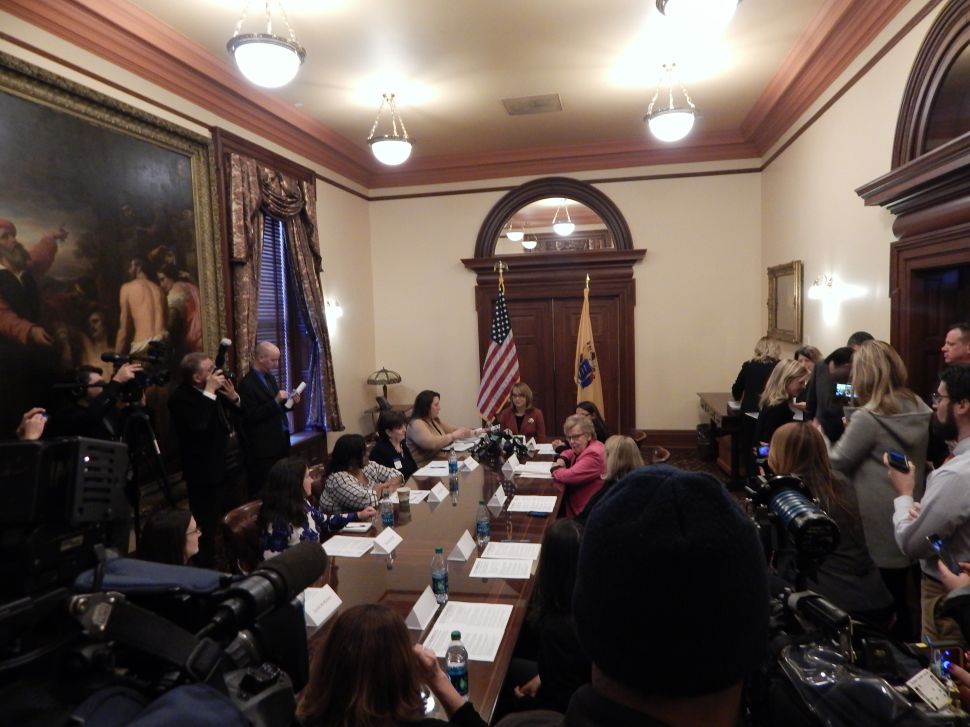