TRENTON – At a time when the uncertain future of New Jersey’s pension system is a prime concern in the halls of power, state legislators, officials and experts parried back and forth at a Senate Legislative Oversight Committee meeting at the State House in Trenton on Thursday about an added and increasing concern: the role of alternative investments in the state pension fund portfolio and the level of management fees paid out to hedge funds.

“Today, almost three dollars out of every ten dollars in our state pension fund are in alternative investments (which include hedge funds). Management and performance fees have jumped from $150 million in 2009 to almost $600 million dollars today,” said Senate Legislative Oversight Committee Chairman Bob Gordon (D-38). “It is time for us to engage in a honest assessment of where New Jersey stands in terms of other large pension systems and determine if we are getting our money’s worth.”

Tom Byrne, chairman of the New Jersey State Investment Council, noted the potential benefits of alternative investments, despite the potential risks inherent in the financial universe.

“The diversification into other asset classes has kept us from putting all of our eggs in one or two baskets. Too many eggs in one basket hurt the pension fund badly,” said Byrne, noting the combined $17 billion loss in the equity portfolio in the state pension fund in 2001 and 2002, which led to a move away from excessive reliance on public securities and toward alternative investments, which include hedge funds. “That’s a mistake that we would like not to repeat. But specialization generally costs.”

Byrne later referred to a famed 1970s New York Yankees slugger to respond to criticism that the guidance of pension fund investments has now moved to heavily in favor of alternative investments.

“It’s made our returns smoother,” said Byrne, noting that the fund is now less affected by fluctuations in the stock market and has experienced generally positive returns from alternative investments. “In general, I think smoother returns are a good idea. The initiative into alternatives was initiated by Democrats and later and ratified and expanded upon by Republicans, because it’s working. Criticism by a few observers, without full context, is a bit like referring to Reggie Jackson at the all-time strikeout leader without saying anything else about him.”

“Maybe 20 years ago, projects involving leveraged buyout funds did much better than the general stock market, but all the excess return have been competed out,” said Hooke. “There’s just too much competition. In New Jersey, they all drank the Kool-Aid, but I just don’t see it. It’s generally a bad deal for most states.”

Tom Bruno, chairman of the Public Employee Retirement System, called for an independent audit of alternative investments during his testimony before the committee.

“When we started realizing, this year is particular, that for the third straight year numbers weren’t adding up right for us, we decided that we wanted a forensic audit of these management fees,” Bruno said. “Unfortunately, our efforts have been frustrated.”

Adam Liebtag, vice chairman of the State Investment Council, the New Jersey State AFL-CIO’s representative on the council and president of Communications Workers of America (CWA) Local 1036, noted why this particular part of the ongoing state pension debate underscores the frustration felt by many New Jerseyans regarding the future of state pensions.

“Sometimes the academics and the financial theory behind these decisions can be dry, I understand that. But our membership, and their financial survival, for 20 or 25 years of their lives, depends on the survival of this pension system,” said Liebtag. “We’re deeply concerned. It is completely appropriate at this point to look at the stress that’s on this pension system and look at perhaps better ways of investing the money.”

Gordon, noting that concerns regarding the effect of alternative investments on the state pension system is “a high complex issue,” indicated that there could be further committee hearings on the matter. 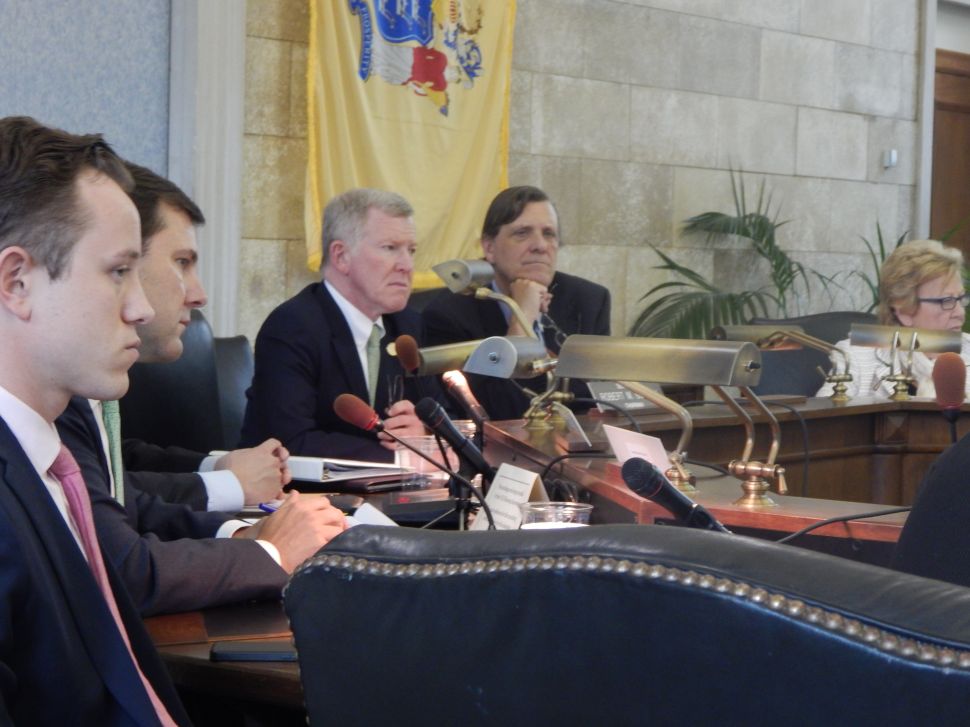