Despite the glacial pace of its individual storylines, Sense8 has certainly managed to keep things interesting. The locations are still gorgeous, the music is still tremendous, and the show’s primary gimmick continues to surprise, even when you know it’s coming. At this point, the sensates are getting used to brain-hopping. They’re no longer shocked to find themselves sitting in an unfamiliar pub, or caught in a sudden downpour, or staring at a nude German guy’s enormous Weisswurst halfway around the world. And while they haven’t managed to quite control their leaps of consciousness, the characters have used their sharing episodes to get to know each other. The members of the cluster no longer see each other as just a random collection of sights, sounds and emotions. They’re becoming actual people.

They’re also pairing off into frequent sharing partners. Will and Nomi haven’t seen as much of each other since the daring hospital escape. Instead, he’s been making brain-time with Riley. Their boozy chat across the miles isn’t just the first time they’ve talked since their initial encounter in the church, it’s also the first time two sensates have had any sort of extended conversation. It’s just small talk, but tinged with astonishment and no small amount of relief that neither one of them is going crazy. They even exchange phone numbers, though conventional dating wisdom says to wait two days to call after you’ve hijacked another person’s mind. When Riley is nearly killed by the guy her buddies ripped off, Will is right there with her, using his rough-and-tumble Chicago street fighting skills to kick the crap out of her attacker, along with a handful of other cops who make the mistake of interrupting Will in mid-share.

But it’s Kala and Wolfgang who have been the most consistent sharers. Their flirtation comes to a head (literally!) when he appears to Kala totally naked, just moments before she weds a man she doesn’t love and who may or may not be involved in some kind of pharmaceutical conspiracy. That’s right, people. Not content to merely boggle our minds with its premise, Sense8 also gives us full frontal male nudity (which looked more like a Sense10 to me, if you know what I mean.) Later, with pants on, they share their own long conversation, half at a rain-soaked Berlin cafe, and half on a beautiful Mumbai rooftop at sunrise. Wolfgang, ever the safecracker poet, rhapsodizes about love at first sight, while Kala can’t stop thinking about his junk, to the point that she tells the god Ganesha about it. Jeez, you two, get multiple rooms thousands of miles away from each other already.

For the most part, Lito’s story is still a wacky gay love triangle, but that’s fine with me when that setup generates enough heat to push Sense8 into an audacious and pretty damn hot group sex scene. A few margaritas get Lito and Hernando tearing at each other’s clothes, while Daniella imagines herself as the filling in that sandwich. Elsewhere, Nomi and Amanita share a private moment, and then suddenly everyone’s banging everyone else in a location-jumping, partner-swapping tangle of limbs. In the parlance of the show, it is a literal cluster-fuck. Straight, gay, trans, black, white, whatever — the characters mix-and-match in multiples like we haven’t seen before, and it seems appropriate that it’s all in the service of a group orgasm. Getting your rocks off is the one thing that transcends language and culture.

Unfortunately, poor Sun and Capheus miss out on all the sexual hijinks, and instead get a chance to bond over their backbreaking parental debts. Sun takes the fall for her family’s corporate malfeasance and is shuttled off to jail where she shares a cell with the Merry Murderesses of Seoul. At the same time, Capheus gets roped in as a courier for a wealthy underworld boss in exchange for the AIDS drugs his mother needs. In their moments together, Sun frowns a lot, while Capheus babbles enthusiastically, excited to experience the sights and sounds of anything that isn’t a mud hut. Better staged is a crossover between Sun and Lito, as she’s being processed for prison and he’s having his privacy invaded on daytime TV. The prison doctor and perky entertainment reporter leer sexually at their captives as they get both literally and figuratively up their asses.

None of this really gets us any closer to the larger mysteries surrounding the cluster. Nomi arrives home to find her apartment burglarized — by “them,” no doubt, whoever they are — and all her computers and journals are stolen. So she and Amanita round up one of her old hacker friends, and use his equipment to “hack” Nomi’s brain surgeon, in that television way of hacking where you immediately have access to the target’s data, but only the precise piece of information that moves the plot along. Turns out the Bad Doctor is under the thumb of someone named Matheson, who’s turning people into vegetables with his unorthodox surgery. Meanwhile, Will once again calls on his rough-and-tumble Chicago street skills to figure out who destroyed the evidence of Angelica’s suicide. And everyone, from Amanita’s hippie adoptive mom to the gangbangers under the elevated train, gets to wax philosophical about the nature of identity and the roles we play when we are not ourselves.

No questions get answered, but that’s not the point. It’s telling that some of the most character-building moments are simply about two strangers shooting the shit. The joy in Sense8 is seeing what the characters share, who they share it with, and what it reveals about themselves. The plot is murky and the dialogue veers into the precious at times (“Impossibility is just a kiss away from reality,” Amanita tells Nomi, because apparently as the level of sharing rises, so does the quantity of cosmic hooey). But like its most memorable scene so far, Sense8 is a wet, sticky orgy of ideas that feels good in the moment even if it’s hard to explain later. 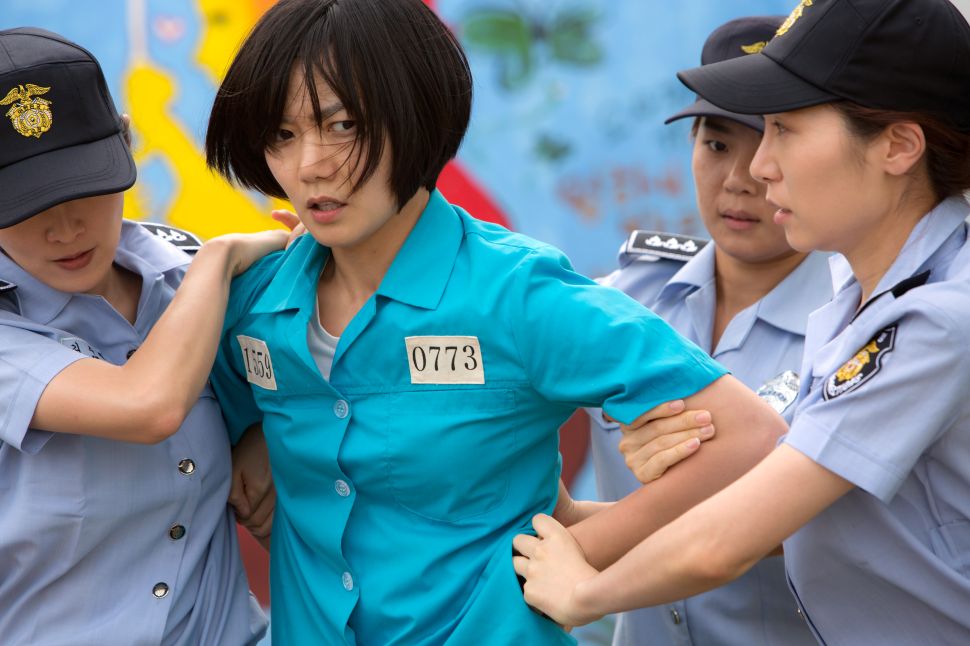