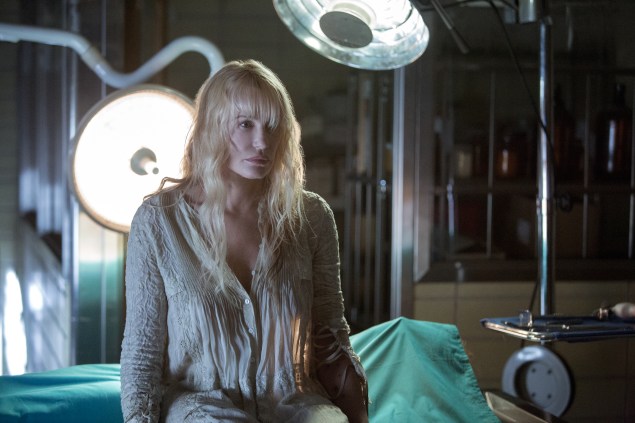 I don’t consider myself a particularly emotional guy. My preferred method of coping with feelings is generally to push them away or drown them out with other stimuli, shaving down the sharp edges until they’re dull enough to handle safely. Emotions are sloppy and complicated and hard to understand. They hit you when you least expect it, force you think about things you’d rather not, and make you feel like you’re not yourself. The same can be said about Sense8. It’s messy and strange and confusing and unpredictable, and that’s why it captures what it means to actually feel something in ways I didn’t expect to see on television.

In the early going, the Wachowskis eased both their characters and their audience into the show’s mind-boggling premise. At first, the cluster’s sharing experiences were fleeting, often consisting of little more than a momentary vision or passing sound, just enough for the sensates to realize they were not alone in their own brains. As they grew accustomed to their newfound powers, so did we. The sudden shifts in location were no longer disorienting, and the rules about who could be where and when and how didn’t matter as much. Some viewers may have been turned off by the gradual exploration of the sensates’ abilities, which made for some slow, plodding episodes at the top of the season. But those who stuck with it had the pleasure of watching the creators push the setup to the limit, resulting in some truly original, jaw-dropping TV. I’ve never seen anything quite like the mid-season multi-orgasmic orgy sequence or the gorgeous birth montage from “What Is Human?” Not that these moments moved the story along or offered deep insight into any one particular character, but they were a pure expression of the show’s conceit. Like all the Wachowskis’ work, Sense8 was sometimes boring, frequently sublime and ludicrous to the core, but it was never less than a fully executed vision that paid off in wonderful and unexpected ways.

With the show rushing to its climax, the sensates have been more or less floating at will among their clustermates. In particular, Will and Nomi seem to have mastered the technique of dropping in on their fellow freaks to say hi or offer helpful advice, so it’s natural that they’re the ones spearheading the operation to rescue Riley, who’s been shuttled off to a secret medical facility owned by the Biologic Preservation Organization. The Great Riley Caper occupies the entire finale, but before all that awesomeness happens, there are still a few individual storylines to get to. Unfortunately, as far as Kala’s “will they/won’t they” wedding drama goes, I honestly don’t care if they do or they don’t. Meanwhile, Sun remains in prison after unleashing hell on her brother, who she realizes has murdered their father rather than let him spill the beans on baby bro’s embezzling. (Hilariously, Sun manages to pummel her brother within an inch of his life before the prison guards even bother to peek their heads in.) And speaking of patricide, Wolfgang reveals he killed his own dear old abusive dad when he was a child, and puts the final dysfunctional cherry on the sundae by blowing his uncle’s brains out while Kala watches. “I’m a monster,” he tells her, “and that’s why you have to marry Rajan,” a somewhat more creative twist on the old “it’s not you, it’s me” trope.

But the penultimate episode belongs to Capheus. Sense8 has always had fun with genre conventions; Wolfgang and Felix take inspiration from Conan the Barbarian, and Lito’s plotline was simultaneously a melodramatic telenovela and a wacky gay farce. Here, all of Capheus’s Van Damme fantasies play out in an extended and totally sweet action sequence as he saves Silas’s bacon. With a little help from Will and Sun (who I do wish had more to do during her visitations than simply beat the crap out of people), Capheus shreds the rival gang with fists, bullets and machetes, finally confronting their leader in a bus-versus-motorcycle game of chicken. The shot of Jean-Claude Van Damme’s painted foot delivering the final blow as Capheus skids the bus to a stop might be the single greatest image in a season filled with tremendous photography.

With late 1980s martial arts movies crossed off the list, Sense8 ends its first season with an exercise in my all-time favorite genre: the heist. Will hops a flight to Iceland to retrieve Riley’s body from the BPO facility where she remains unconscious, trapped inside the memory of the accident that killed her husband and child. Meanwhile, Whispers is closing in and using Jonas as a conduit to track Will’s movements. Determined to get to Riley first, Will brings the whole gang together, turning the show into a sci-fi Ocean’s Eleven, except in this case, the entire team of specialists exists entirely in one man’s consciousness. Nomi and Amanita hack away at BPO’s security systems. Lito uses his dramatic chops to manipulate a smitten colleague into coughing up intel. Kala jumps into Will’s brain to help him concoct a drug cocktail to snap Riley out of her haze. Sun, predictably, kicks a whole lot of ass. Capheus pops up to hotwire an ambulance so Will and Riley can make their escape. And, still high on adrenaline from murdering his uncle, Wolfgang takes over as wheelman. Watching the entire team work together through one body to protect one of their own is a brilliant culmination of Sense8’s conceit, and a thrilling way to bring all the characters together when the stakes are at their highest.

The season closes with an act of sacrifice. Moments before getting Riley out the door, Will makes eye contact with Whispers, just for a split second, but it’s enough to open his brain to this uninvited guest. To protect the cluster, Will pumps himself full of drugs and knocks himself out, preventing Whispers from accessing his thoughts. This also means that the instant Will opens his eyes, Riley has to shoot him full of sleepy juice again, keeping him in a perpetual twilight state. For the moment, it’s the only defense against Whispers’s mental assault. The final shot of Riley comforting Will among the other sensates as they all literally sail off into the sunset is, like so much of season one, simultaneously hokey and beautiful.

Sense8 has done so much with its premise that it’s hard to imagine where the Wachowskis can take it next, but the mental cat-and-mouse game they’ve set up offers some intriguing possibilities. Whispers and his merry band of sensate hunters have weaponized their own brains, and it will be interesting to watch the cluster learn how to fight back so soon after exploring their capacity for love and empathy. The show’s mythology may be murky and convoluted and the purple dialogue can be way too philosophical for its own good, but Sense8 doesn’t really care much about that stuff anyway. It just wants to make you feel something, and by that metric, season one was a success. In fact, until season two premieres, I’m almost looking forward to being a cold, emotionless robot again. I need a break from all that empathy. 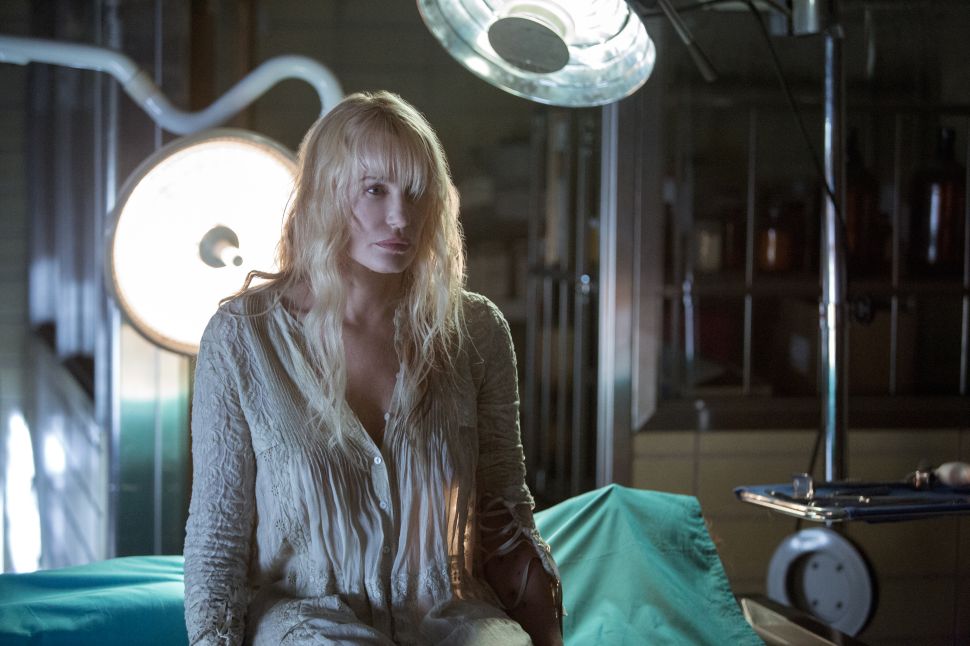