“What I said was ‘this is John Sette and I’ve been involved in the Republican Committee for 33 years, and I have never seen an infusion of Democratic Party independent expenditure PAC money get into a freeholder race like this; this is dividing the party and I ask you to vote for Scapicchio, Krickus and Smith. Paid for by John Sette.'”

Sette, who works at the Board of Elections Office, described turnout as “very light.”

“You’ve got the assembly at top of the ticket; you know, I think a lot of people are just fed up with politicians,” said the county chairman.

For his part, he can’t see an option other than the Scapicchio-Krickus ticket.

“What people aren’t grasping is this is about $300,000 countywide and $200,000 in the Parsippany race by independent groups and Democratic PACs,” he said.

The chairman recounted a fellow Republican getting in his face and telling him that the unprecedented GOP war is his fault.

“How is it my fault? I have never taken one penny from a Democratic PAC,” he said.

He talked to a Parsippany voter minutes ago who identified herself as “number ten.”

“Low turn-out hurts Cesaro,” Sette said. “Plus, the [Council President Paul] Carifi name has been synonymous with Parsippany for a long time.” 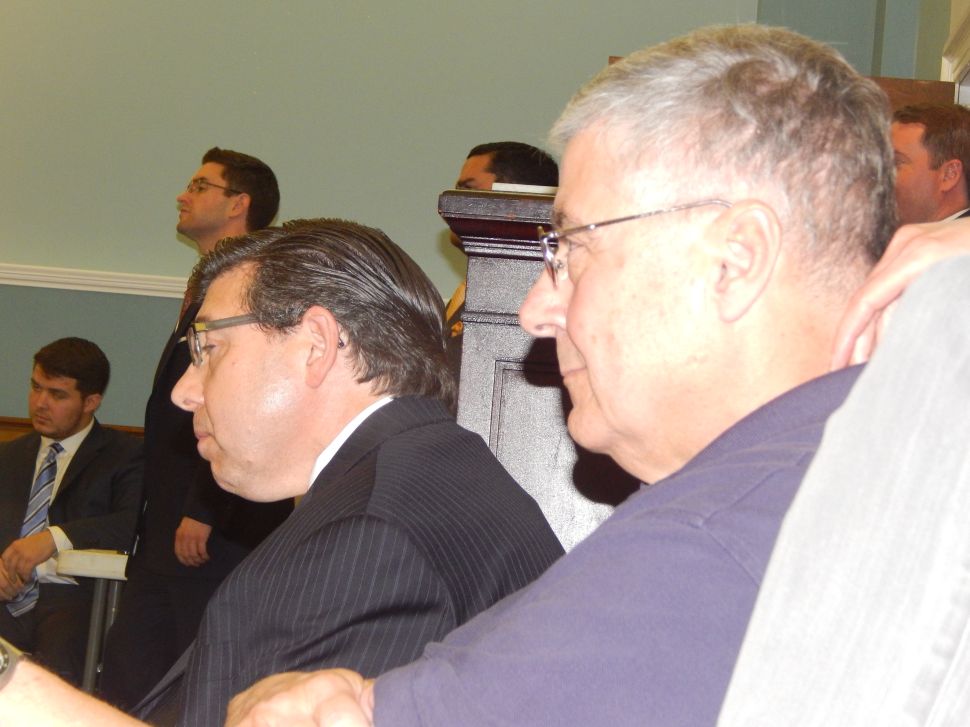