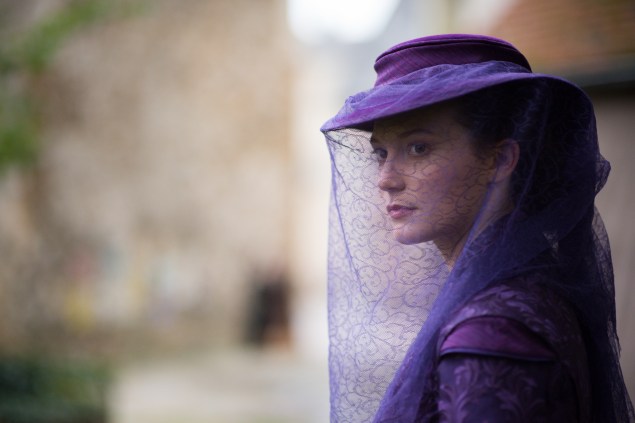 Already filmed by Jean Renoir, Claude Chabrol and Vincente Minnelli, Gustave Flaubert’s 1856 classic Madame Bovary does another neurotic tango through the villages of Normandy in this latest adaptation of the seminal French classic about the ambitious wife of a simple country doctor whose adulterous affairs and mounting debts to escape the boredom of a dead-end life destroy her husband’s career, her reputation and eventually her life. The results are realistic and refined, but uneven and disappointing.

When his notorious novel first appeared in print, Monsieur Flaubert was arrested and tried for obscenity, and acquitted in 1857 to international acclaim. But the captivating character most widely anointed as the literary turning point in the history of women crushed by the stifling morality of their time never really came to life until Jennifer Jones played Emma Bovary in Vincente Minnelli’s lush, passionate MGM version in 1949.

You might not have liked the ruthless woman who sacrificed everything for materialism and romantic fantasy, but you could understand every desperate desire of a modern woman in emotional agony, trapped in the confines of 19th century provincialism.

Nothing like that is on view now. The new Madame Bovary is Mia Wasikowska, a talented girl who lacks the maturity, neurotic self-destructiveness or throbbing sexual force of Jennifer Jones. Her Emma is little more than a self-contained 21st century teenager unpersuasively acting out a self-deluded 19th century tragedienne. Of course, she is not helped by writer-director Sophie Barthes, whose adaptation opens with Emma swallowing the arsenic before she even gets a chance to tell her story. The rest is all flashbacks, but more than a century and a half after it first scandalized the world, Madame Bovary is still a devastating story indeed.

Respectful, quasi-faithful and somber, if somewhat less than invigorating, the story quickly glosses over Emma’s emergence from a strict convent education with no life experience, forced by her farmer father into an arranged marriage to dull Charles Bovary, a handsome but poor village doctor with no ambition (played by the excellent English actor Henry Lloyd-Hughes). Emma tries to be a wife, but she is left alone in a sexless marriage from which needlepoint and hot baths are meaningless substitutes. Searching for a happiness she can’t define, her desire to defy convention through social climbing leads to mounting debts and extra-marital affairs.

With an impressive attention to details, Ms. Barthes and her co-writer, Felipe Marino, provide an arduous sense of the hard times—hounds eating the entrails of a slain deer after a hunt, the doctor’s description of bleeding and lancing his patients, the smells of livestock, an actual surgery on a club foot without anesthesia. Vincente Minnelli explored poetic license with the novel but edited the complex literary trajectory into a coherent and riveting narrative. Ms. Barthes takes the same liberties, but the gaps are glaring. The lavishly staged ballroom sequence in the MGM version that made movie history is nowhere to be found.

Mia Wasikowska never really develops into a full-bodied personality. The movie differs so much from the Flaubert original that the Emma character remains a cipher. As the brash merchant who drains her of her money on credit, threatens to send her husband to jail, and then offers the ultimate insult by scoffing at her ultimate offer to pay her bills with sex, Rhys Ifans is creepily reptilian. A bland Logan Marshall-Green does nothing to enhance the role of the seductive marquis who deserts her after promising to take her to Paris. And Ezra Miller is a yawn as the student who lacks the maturity to assume responsibility for a married woman as a lover. Filmed in English and shot in Belgium, the approach to this Madame Bovary is academic, but the movie suffers from too much respect and not enough passion. 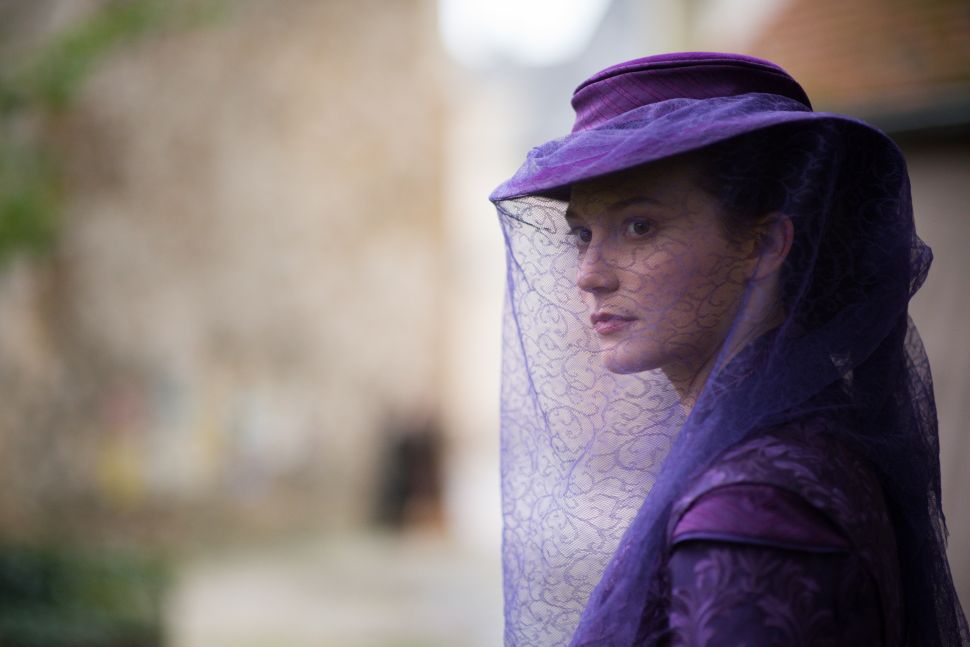