Shinra Technologies wants to show game makers that video games can both be a light lift for players’ devices while running on massive computing power, by moving the games’ calculations into the cloud. Shinra is a division of Square Enix, the game publisher behind the Final Fantasy series, and it has made a new game, Space Sweeper, to show what’s possible when games are rendered on interconnected cloud servers.

“I wanted the gameplay experience of Space Sweeper to be a hundred players cooperating to take on tens of thousands of enemies,” the game’s creator Kengo Nakajima wrote on the company’s tech blog. Mr. Nakajima is the author of the book Foundations of Online Games: Scenes Behind the Playing Field.

His game is live now in the company’s technical beta in Japan. Applications are open for Google Fiber users in Kansas City to join Shinra’s beta there, according to a blog post from the company. The Kansas City technical beta should open this summer. James Mielke, a spokesperson for Shinra, talked the Observer through what’s important about Mr. Nakajima’s game and what it illustrates about Shinra’s platform.

Shinra has built this gaming platform so that it can convince all kinds of game makers to build games using its Community Cloud Development Kit (or CCDK). Space Sweeper is the showcase for that kit, just as Epic Games made Gears of War to showcase its Unreal Engine 3.

The emphasis in Space Sweeper is on volume of enemies. It’s low-res with an old school 8-bit quality. It’s like the arcade classic Gauntlet but on a vastly larger scale. Players are meant to battle through hordes of opposition that seems genuinely endless, until every now and then they stumble on another player, and maybe get a little help from a friend. And, eventually, lots of friends.

In Space Sweeper, you play as an employee of Space Sweeper, Inc., a startup clearing hostile planets for humans to live on. Doing so takes enormous amount of resources, but the corporation sends its workers to the planet largely empty handed. So, players have to harvest from the planet and use resources they find in order to help them clear out enemies.

Space Sweeper players can also build structures like bridges and forts, that persist until the world is conquered. So other players might find them and make use of them later. This fosters cooperation among players. Everyone who needs to cross a body of benefits if someone builds a bridge, so others might choose to protect the worker building it so they can use it later.

Players can team up or play on their own. Mr. Nakajima told the Observer in an email, via a spokesperson, that players tend to team up in groups of two to four. He added that players who found a way to coordinate larger teams would probably do even better.

The growing field of journalism inside the virtual world of Eve Online.

Players can also work together over time. Space Sweeper will be a persistent world, so if you and your friends clear one part of the world one day and another group clears another part the next day, both parts stay cleared. By making it persistent in that way, players can build on each other’s work, which should yield surprising, emergent phenomena in the game.

Hundreds of players can play at once, starting at different spaces around a huge game field. You can start the game zoomed in on your character in a fairly small space, alone against a crowd of hostiles. You can then zoom way out and see this massive world filled with other players, many virtual miles away, fighting in different parts of a vast space, all rendered at once.

Here’s a way to think of how it works: imagine that the window showing the game on your computer is a video stream from a camera looking in at another world, as if you are controlling a robot on another planet that you’re watching through a camera mounted on a drone. That is basically what’s happening, only that world is digital.

This question of how to render very large games that lots of people play at once is hot right now. Richard Garriott, creator of the classic series, Ultima, is working on a fantasy game called Shroud of the Avatar. That game is distributing the server across its players’ machines, according to PC Gamer. Another videogame veteran, Chris Roberts, creator of the Wing Commander series, will also release a massive sci-fi game, Star Citizen, sometime in the next year. Its client will require a 100 GB download for its players, according a post from the game’s director of operations on its official forum.

Garriott and Stephens who came up with their schemes specifically for games they wanted to build. The vision of Shinra’s CEO, Yoichi Wada, is to build the next dominant gaming system rather than another game publisher. Games on Shinra will be played through a much lighter client. James Mielke, a spokesperson for the company, described it more as a simple video stream, like watching a YouTube video you can control. The only calculations players will make locally will be those of their character, and they will send those commands into the cloud to be rendered in play.

To compare, if you were flying a starship in Star Citizen next to a friend’s ship, and you came upon a group of pirate ships, those ships would actually exist in two separate places, rendered on each of your computers, as illustrated in another post on the Star Citizen forums. If the game were built on Shinra, the pirate ships would only exist on their servers, and you and your friend would see them through two different windows on your respective machines.

During South by Southwest, Shinra rendered a world at Google Fiber’s Austin space and let people check out flying around a huge world without ever hitting a loading screen:

When it goes live, Shinra is likely to only be available to users of fiber based Internet. A key factor for Shinra to work well is “latency” or the steadiness of the stream, Mr. Mielke explained. It’s critical that players all have a very steady flow of data in order for game play to be fair. Speed is important, but that steadiness is even more so, and fiber so far seems the best at delivering a consistent flow of data.

At E3, the videogame convention in Las Vegas that wrapped up Thursday, Shinra announced that Camouflaj, Human Head Studios and Hardsuit Labs all have games in development for Shinra, according to The Verge. Many of the games available in the Kansas City technical beta will be content that already exists that wasn’t designed specifically for the system, such as Tomb Raider and Final Fantasy VII. This is so the company can test its server configuration as it prepares to move for commercial release.

Shinra’s hope is that Space Sweeper and the early releases from Shinra’s other content partners will inspire the world’s best game makers to move onto the system, once they’ve seen what’s possible when building on a system with almost no technical limitations. The English version of the Community Cloud Development Kit is ready but has not been released yet, according to a post on the company’s Facebook page. 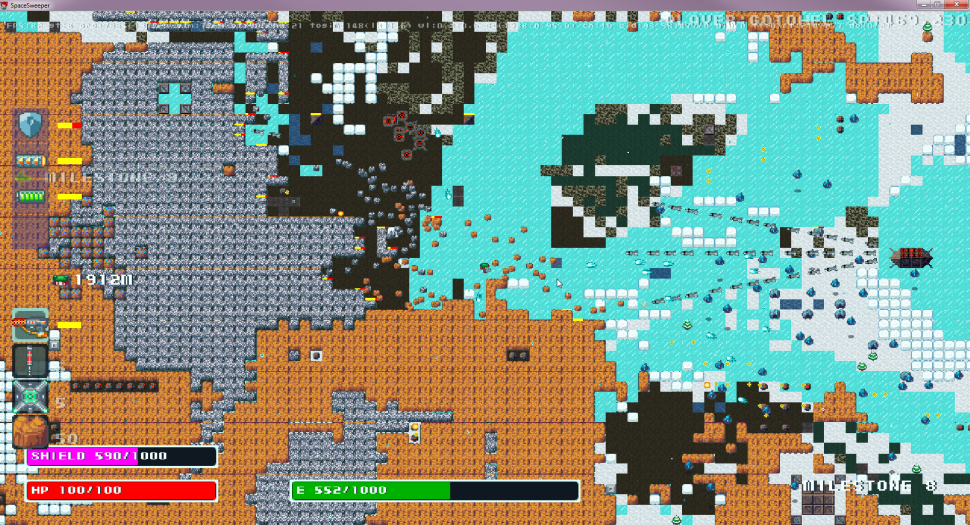