The ancient Romans honored their emperors with brio. They erected marble busts, larger-than-life statues and vast temples so the masses could pray to their deified leaders. But the Romans showed no mercy to discredited emperors. “The bad ones—Nero and Caligula—after those nutters finally fell from power, they would be unproclaimed as gods,” says art historian Benjamin Hufbauer, the author of Presidential Temples: How Memorials and Libraries Shape Public Memory. “The temples would be literally ripped down. ‘You are no longer a god. Sorry.’ The Roman Senate posthumously censured Nero and decreed the erasure of his public image. Art historians refer to the statue scrubbing as Damnatio memoriae, Latin for ‘damnation of memory.’ “

In this country, we often place politicians, scientists and celebrities on pedestals, but we have no official system to knock them off. Sometimes, though, grassroots campaigns, such as the quest to remove some stone Confederates after the massacre of nine African parishioners in Charleston, S.C., spur change.

Given the lack of a federal authority to cart away offensive statues, we issue an informal Damnatio memoriae for the following disgraced public figures. 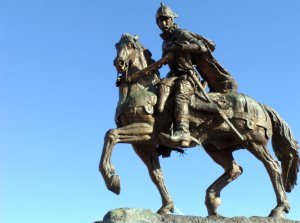 The federal government allows each state to display two statues in The National Statuary Hall Collection in the U.S. Capitol. The roster of favorite sons and daughters includes Father Damian (Hawaii), who heroically treated lepers, Dwight D. Eisenhower (Kansas) who won a war and the White House, Samuel Adams (Massachusetts), a freedom fighter and a signer of the Declaration of Independence, and none other than Jefferson Davis, the president of the Confederate States who did his all to destroy our nation. Huh? Mississippi, which gave the Davis statue to the federal government in 1931, can swap the statue for one venerating a less divisive local hero (how about William Faulkner?), but it has no plans to do so. Sen. Thad Cochran of Mississippi recently told ABC News that the Davis statue is “part of our history.”

The Pain From Spain Falls Mainly on the Plains

To “civilize” his recently claimed possession of New Mexico, King Philip II of Spain tapped an uncivilized man, Juan de Oñate. He arrived in New Mexico in 1598, and quickly tangled with the local Acoma Indians. Rebellious warriors killed several Spanish soldiers, including Oñate’s nephew, Capt. Juan de Zaldívar. (A soldier under Zaldívar’s command had been accused of stealing food from the Acoma and violating their women, possibly prompting the attack.)

According to the website of the New Mexico Office of the State Historian, Oñate killed hundreds and “severely punished” the survivors, including women and children. “Men over 25 had one foot cut off and were sentenced to 20 years of personal servitude to the Spanish colonists … young women over 12 years of age were given 20 years of servitude; 60 young girls were sent to Mexico city to serve in the convents there, never to see their homeland again.”

Despite this cruel legacy, the New Mexican government paid tribute to Oñate in 1991, erecting a statue of the conquistador on horseback in the town of Alcalde.

This outraged many Native Americans. During the state’s quadrennial celebration in 1998 someone sawed off Oñate’s bronze left foot. An anonymous letter sent to a local newspaper claimed that the protest was “on behalf of our brothers and sisters of Acoma.”

In a deja-vu-all-over-again moment, the city fathers of El Paso, Texas, later shelled out several hundred thousands dollars for an even more mammoth statue of Oñate. So far, both feet remain intact.

Margaret Sanger, the mother of birth control, accomplished much good; she liberated countless women from the pain and danger of serial pregnancies and spoke openly and honestly about sex. But some of Sanger’s motives for promoting family planning deserve damnation. “She founded the birth control movement mainly to stop births of African-Americans,” charges historian James W. Loewen, author of author of Lies Across America: What Our Historic Sites Get Wrong. In a 1921 essay entitled “The Eugenic Value of Birth Control Propaganda,” Sanger lamented the “racial chaos into which the world has today drifted.” She goes on to identify our “most urgent” dilemma: how to “limit and discourage the overfertility of the mentally and physically defective”—code for blacks. Writing for the web magazine Womensenews.org, Julianne Malveaux, president of Bennett College for Women, concluded, “Some of [Sanger’s] statements, taken in or out of context, are simply racist.” Yet the description of Sanger’s bronze bust (1964), on display at the Smithsonian National Portrait Gallery in Washington, D.C., neglects any mention of Sanger’s dark side. 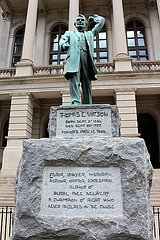 It is fitting that the 12-foot-tall bronze statue of Thomas E. Watson in Atlanta depicts him with both fists clenched. Watson, whose statue was dedicated in 1932, routinely threw punches below the belt. A lawyer and former state legislator, Watson was elected to Congress in 1890 as a populist. He served one term in the House, effectively advocating for poor farmers. But his subsequent extremism overshadows any accomplishments. Watson turned into an equal-opportunity hate-monger. “He spoke out against Catholicism, Socialism, blacks, Jews, foreigners,” notes a biographical sketch of Watson by Emory University.

After his stint in Congress, Watson launched the Jeffersonian newspaper, which he used to whip up anti-Semitism following the dubious arrest in 1913 of Leo Frank. The Jewish manager of a pencil factory, Frank was convicted for the murder a 13-year-old employee, a crime that historians today agree he did not commit. In Watson’s opinion, Frank was a “Satyr-faced New York Jew” and a “depraved Sodomite Jew.”

Georgia’s governor John Slaton commuted Frank’s death sentence to life imprisonment when new evidence threw the verdict into question. Watson was incensed, and he called for the lynching Frank and the governor. A mob soon seized Frank from prison and lynched him. Gov. Slaton briefly fled the state in fear.

“In his long campaign of journalistic frightfulness against Frank and against all Jews at the time,” wrote The Nation, “Watson convinced Southerners by the thousands that the Jewish faith condoned and encouraged atrocious crimes against the children of Christians.”

Georgia’s voters rewarded Watson for his screeds, electing him in 1920 to the Senate. But he died after just two years in office. His memory, unfortunately, lives on in a park across from Georgia’s capitol building. Until 2013, Watson had been perched on the steps of the state capitol, but Gov. Nathan Deal moved the controversial memorial to its present location, citing safety concerns because of the deteriorating condition of the statue’s original site.

Historian James W. Loewen judges Roger B. Taney, former Supreme Court Chief Justice, as culpable for “the worst decision in American history.” Taney, whose bronze likeness disgraces the grounds of Maryland’s State House in Annapolis, wrote the majority decision in the 1857 Dred Scott case. Taney ruled that slaves were property not people and required the federal government to protect slavery regardless of the wishes of the local population. “Negroes had for a century before been regarded as beings of an inferior order,” wrote Taney, “and altogether unfit to associate with the white race, either in social or political relations, and so far inferior that they had no rights which the white man was bound to respect.” After the Civil War, an inter-racial coalition of politicians briefly governed Maryland. Once white-supremacist Democrats regained control of the State House, they put up the Taney statue in 1871. Maryland politicians periodically debate removing the bronze bigot, and pressure is again mounting following the shooting in South Carolina, but since 1994 Taney has at least stood near a more respected jurist: a likeness of Thurgood Marshall, the nation’s first African- American Supreme Court Justice.

A version of this article was first published by Obit magazine. The author wishes to thank Kirk Savage, author of Monument Wars: Washington, D.C., the National Mall, and the Transformation of the Memorial Landscape, for his help with this article. 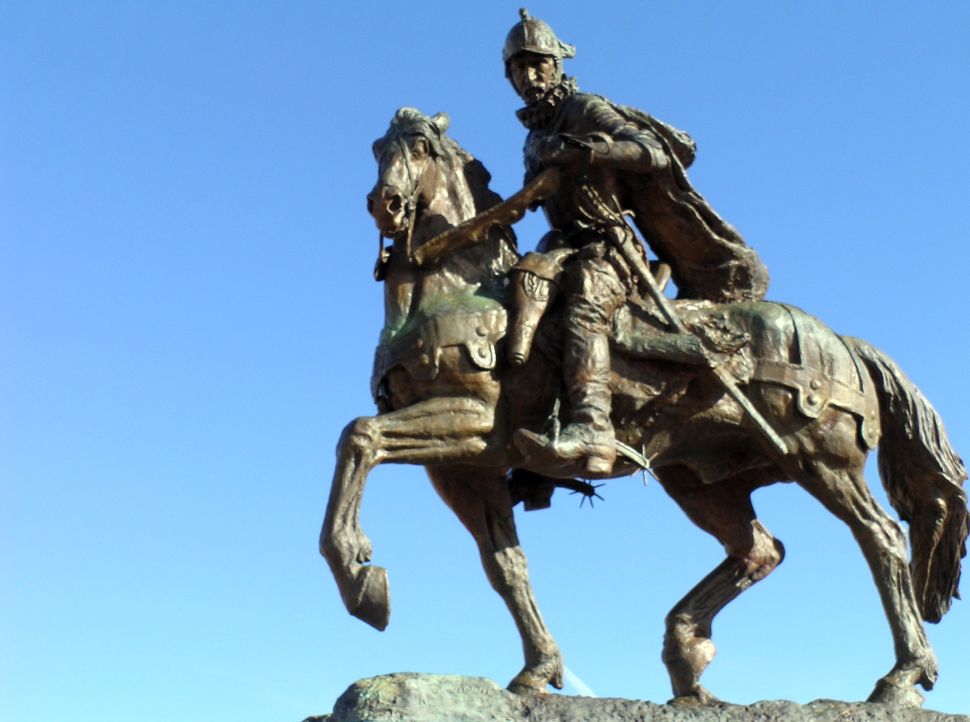