New York’s Central Park wasn’t an inviting place in the fall of 1985 but Joe Killian, impresario and executive producer at Radical Media, saw possibilities as he checked out the park’s band shell. “It was derelict and abandoned,” he recalls. “But I thought it would be a cool place to do shows.”

Turns out he was right. This year marks the 30th anniversary of SummerStage, the annual series of concerts, performances and film screenings that started in Central Park and over the years has given New Yorkers the opportunity to see a wide range of artists for free.

Sitting in his Greenwich Village office this spring, Killian, 59, reminisced about the challenges of creating the series.

“The park was a dangerous place at that point—to get people to come there you had to appeal to the curious, the adventurous, people who had open minds and liked to dance,” he said.

​Killian knew the key to attracting crowds, though: booking edgier events. “I wanted to program events that stretched people’s minds,” he said.

In the beginning, SummerStage focused on bringing like-minded artists from different disciplines together in collaboration.

​When Killian asked members of the band Sonic Youth who they wanted to be paired with, they chose the space-jazz great Sun Ra, who had played the very first SummerStage show in 1986 with his Omniverse Jet Set Arkestra.

​“The composition Sun Ra put into getting those sounds, that was everything Sonic Youth wanted to be,” Killian says. “That was something you could only see in New York.”

Another time, Killian teamed the Pulitzer Prize-winning Cuban–American novelist Oscar Hijuelos with Velvet Underground frontman Lou Reed, and the men became such fast friends that 20 years later they thanked Killian for giving them the opportunity to work together.

“That’s the ripple effect of what SummerStage started,” says Killian.

This ripple effect has worked in other ways, too. When Heather Lubov saw reggae legends Toots & the Maytals play SummerStage in 1989, she had no idea that 25 years later she would be the executive director of City Parks Foundation, the nonprofit organization that hosts the concert series every year.

​“It’s such a thrill to be part of this organization now,” said Lubov, 45. “Growing up in the city, this is the way I heard about new music.”

​Crazy Legs, an original member of the Rock Steady b-boy dance crew, says he appreciates how SummerStage has hosted Rock Steady, sharing the group’s pioneering style known as breakdancing with the community.

​“Even though we’re where hip-hop started, this city hasn’t always been welcoming to the grass-roots stuff that started here,” said Crazy Legs. “And for something like this to be happening? It gives us a great sense of pride to be from New York.”

​Such strong feelings about SummerStage are common among artists. Moments before his SummerStage set last year, Cajun blues legend Dr. John was rushed to the hospital after feeling ill. He scheduled an upcoming performance again this summer because artist collaboration through programs like SummerStage matters to him.

“When I know partners that’s doing something completely different from me, and they’re doing whatever they feel like, that’s a blessing,” said Dr. John. “I lived in New York for a while and it always felt good, you know? That was a blessing to me. To my spirit.”

Joe Killian no longer has any hand in SummerStage. He left in 1993 to produce shows at Radio City Music Hall, taking along the lessons he learned to his current work producing live events. But he still has a trunk load of memories about the old days.

​“I met my wife Jenny there, would be 1986,” he said. “She was working with the Parks Department training to be a landscape architect.”

Killian is proud of how SummerStage has evolved. “SummerStage got its own legs,” he says. “When we started nonprofit programming in some parks, it grew to local parks in all boroughs. The platform built up enough momentum that I knew it would exist without me. The child had grown up.” 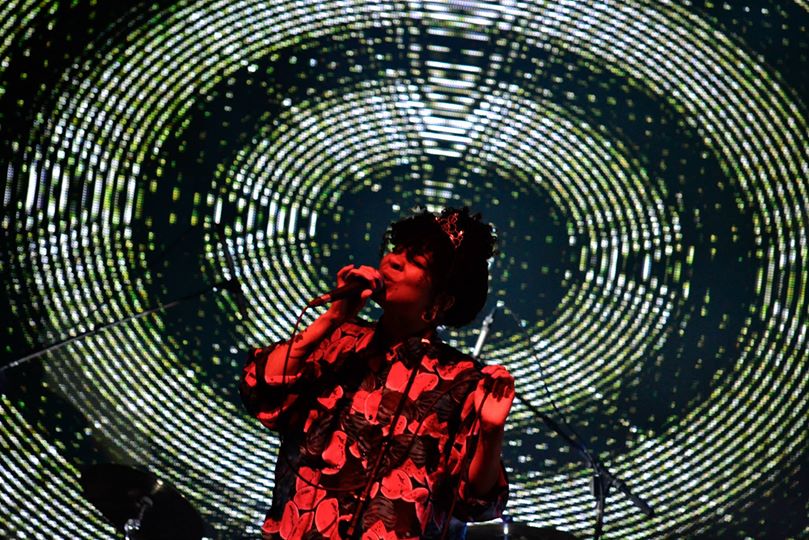