On the surface, it seems necessary to separate what we think about Sun Kil Moon frontman Mark Kozelek, as a person, from his work. Kozelek’s juvenile behavior while touring in support of 2014’s profound and elegiac Benji is well documented, trouble that started last year when Kozelek berated the band War On Drugs while the music from their adjacent set bled into Sun Kil Moon’s set at North Carolina’s Hopscotch music festival. A very public media beef ensued with a back and forth between Sun Kil Moon and War On Drugs, continued insults from Kozelek (he called War On Drugs “beer commercial lead-guitar shit,”) and an eventual diss track, “War On Drugs: Suck My Cock.”

Universal Themes is therapy for Kozelek, discomforting in its transparency and honest in its hypocrisies.

Many editorial opinions of Kozelek at that time likened his vernacular to the inexcusable and ever-present trend of misogynistic male-power dynamics in music today. Fans that had followed Kozelek since his days fronting The Red House Painters couldn’t listen to him anymore without disgust. Perfect Pussy’s Meredith Graves penned an insightful psychological read of Kozelek’s male ego, commenting on the inherent violence in his language and how his behavior dumbs down the wisdom in his music with the weight of chauvinism. How could a man capable of such profound, personal, arrived at meditations on death and loss turn out to be so basic and primitive?

There is indeed no easy answer—people are complex, musicians often more so. Hiding in the long-winded verbosities of Benji’s lyrics and nylon stringed, stream-of-consciousness ballads are transparent, honest quips about Kozelek’s life (he references O’Doul’s at one point, a fleeting comment on his sobriety), his feelings on having “rednecks” in his family, and endless other intimate revelations meant to simultaneously speak on Kozelek’s personal truths and comment on the world at large. So, although our tendency is to separate an artist from their work, Kozelek’s music might be most revealing when considering the man writing it.

One year later, Sun Kil Moon brings us Universal Themes, an almost comically self-aware title for a record that also provides no easy answers. Benji found Kozelek looking for answers in personal loss, and the connections he made spoke outward to listeners. Universal Themes, meanwhile, finds Kozelek more assured of the widescreen scope his narratives create, as he explores what it means travel, to simultaneously suffer and be inspired by long distances, and to find that the same internal fights of conscious and character reveal themselves to him no matter where he is in the world.

On the album opener, “The Possum”, an old animal Kozelek sees in his yard injures its foot on his fence, and then crawls in a nook under his air conditioner to die. What at first seems to be continuing the themes from Benji by meditating on death soon transforms into a lesson about putting up a fight through life.

“I want to grow old and to walk the last walk/ Knowing that I, too, gave it everything I got/ But again it’s all roadblocks and all obstacles I fought/ For to live another day is much better than to not,” Kozelek reasons.

He also mentions boxing, a recurring theme since Sun Kil Moon’s first album (2003’s Ghosts of the Great Highway), which was filled with stories of dead boxers (Sun Kil Moon takes its name from Korean boxer Sung-Kil Moon.) Boxing re-emerges as a consistent motif on Universal Themes, and as Kozelek spells out the metaphor on “The Possum” to say that life is a fight, he contends that even though the possum lost it, he was still loved.

Although our tendency is to separate an artist from their work, Kozelek’s music might be most revealing when considering the man writing it.

The next track, “Birds of Flims” follows Kozelek on the set of Italian filmmaker Paolo Sorrentino’s new film, Youth, in the mountains of Flims, Switzerland. Kozelek plays himself in this film, fully absorbing how surreal the experience is, while the loneliness of being away from his girlfriend back home nearly consumes him. “Damn if I didn’t just go walking in the Alps all by myself,” he says.

Kozelek later meets a woman named Veronica on set, who recognizes him. He gets her some flowers after learning it’s her birthday and leaves them at her hotel. Then he meets a set designer who is also in a long relationship, they go out to dinner, and he takes her back to her hotel after she gets very drunk.

“Like a gentleman, I didn’t try. I went back to my room and looked out at the ,” he says, before arriving at an evolution of his thoughts on fighting from “The Possum”—“And I thought, what is life if not a fight, or a test of will and grace?” Are we to think that Kozelek is heroic with this admission, or even a true gentleman? Perhaps he is only convincing himself.

Kozelek spends the rest of “Birds of Flims” going back to the States and feeling home again at dinner with his girlfriend and her friends, before being dropped off at a friend’s house—her name is Theresa, and she’s sick. Kozelek falls asleep in her spare room to the sound of crop dusters. “Back to my roots for unconditional love, it was over and I could no longer hear the birds of Flim,” he says.

Those invested in any judgment of Kozelek’s character or intentions would perhaps benefit from looking more closely at his attempts to understand himself through music.

Looking after Theresa continues during “With a Sort of Grace I Walked to the Bathroom to Cry”, as Kozelek cares very deeply for her and feels torn up as he has to leave her and travel again. This arc, having to leave someone who needs us and continuing our hustle, is the connective tissue between Kozelek’s Universal Themes, and as he works it out over the rest of the album.

Kozelek also sees himself in the animals. Outside Theresa’s house he sees a dead groundhog on its back, and over in the weeds nearby another groundhog is breathing heavily, “like he’s having a panic attack.” Are these thoughts on his relationship to women and his love of animals an answer to his characterization by the media in the last year? It sure seems so.

Song structures rarely stay in one place on Universal Themes, and the shortest tune here is nearly seven minutes long; to say the record demands a lot from its listeners is an understatement. But, making no excuse for Kozelek’s vitriolic public comments about women and other outbursts, those invested in any judgment of his character or intentions would perhaps benefit from looking more closely at his attempts to understand himself through music.

In the context of all we know about the man’s personal life through public behavior and revelatory lyrics, Sun Kil Moon’s Universal Themes is therapy for Kozelek, discomforting in its transparency and honest in its hypocrisies. Whether or not anyone finds wisdom in his stories depends fully on how deeply they care to listen. 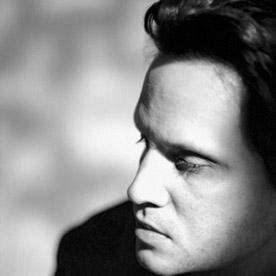