On Wednesday, suicide bombers attempted to carry out an attack on a tourist bus headed for the ancient site of Luxor’s Karnak Temple before they were intercepted and stopped by police. Two of the bombers were killed and one injured when police stopped their vehicle from entering a parking lot near the temple. CNN reports that up to five bystanders were injured, including one temple employee.

So far, no singular group has claimed responsibility for the attack. It is the second assault in just under two weeks near a major Egyptian cultural heritage site, but the first aimed at tourists. Last week, gunman on motorcycles killed two police officers outside the pyramids of Giza. Luxor’s 4,000-year-old Karnak Temple—along with the pyramids—is one of the most visited sites in the country.

Since the 2011 uprisings that removed Hosni Mubarak from power the country’s tourist industry has taken a major hit due to continued political unrest. According to figures from The Wall Street Journal, at its hight point Egypt’s tourism industry contributed to 10 percent of its economic output, and the country saw 14.7 million visitors before 2011. Then, in 2013, Abdel Fattah Al Sisi succeeded the nation’s first elected president Mohammed Morsi kicking off a slew of violence from militant groups against police and military officials. In 2014, visitors dropped to 9.5 million.

However, the events of the past two weeks have officials worried that the tourism industry may no longer be spared. During the 1990s and 2000s, cultural sites were a major target in the region. The last act of terrorism toward tourists in Luxor was in 1997 when 62 people were shot and killed by Islamist militants at the Hatshepsut Temple.

Luxor’s Karnak Temple is part of a complex of belonging to the ancient city of Thebes, a religious center and burial site that includes the Valley of the Kings and Queens. Karnak’s Temple of Amun-Ra includes a significant hypostyle hall of sandstone columns as well as several well-preserved granite obelisks. 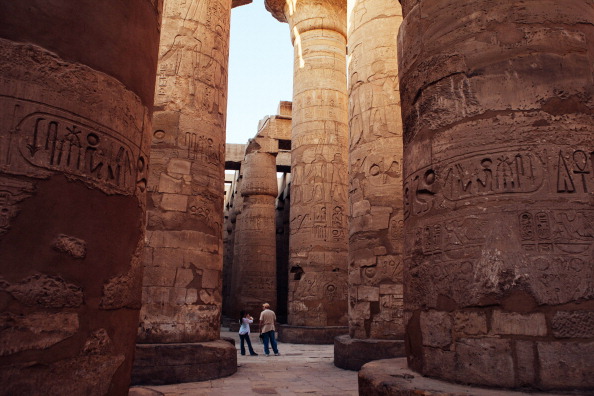