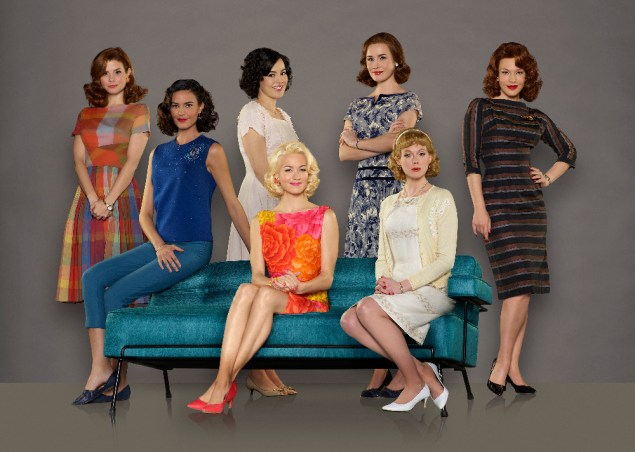 Rocket (wo)man: the cast of The Astronaut Wives Club. (ABC)

The series spans 1959 to 1971, incorporating NASA footage, Life magazine profiles and writer Lily Koppel’s 2013 best-selling novel. “The Astronaut Wives Club: A True Story,” on which the series is based to recall the events of the era.

“What’s so interesting about this is that we all think we know this story, but until now we haven’t seen it from this angle,” says Executive Producer Stephanie Savage.

In adapting the series from the source material, Savage relates that the process wasn’t difficult but rather a ‘fun challenge,’ as she explains, “The book has a lot of detail in it and texture to it, so it was really about figuring out how to capture all of those moments in the scripts.”

Savage says that there was no need to create any ‘historical fiction’ for the series because the factual account was so compelling itself. “The work that Lily did in researching everything and personal information that she gained by sitting down with the women and getting their stories was so valuable. So much of this material isn’t reported anywhere else so we really just wanted to stay true to that and I think we did that very well.”

Because the story is so factually accurate, the men in the series often don’t come out looking so stellar, mostly because of some of their choices concerning their families. “We tried to show some situations that really demonstrated the complexity and difficulties that all the families were going through, including the pressures the men were under,” explained Savage. “It was something so hyper-masculine that they were trying to do – to go to the moon – so this angle really shows that kind of contradiction of masculinity where on one hand they’re these brave astronauts and on the other hand they’re also family men trying to be domestic and keep their families together. Those two things aren’t easy to mesh and we see that. This series focuses on the women with their story driving the narrative, but we see what the men go through as well.”

Politics play a large part of the story as well and factor into the narrative heavily. “At the time, the nation was dealing with the assassination of both President John F. Kennedy and just a few years later Bobby Kennedy. Those events certainly affect all of our characters. It was obviously a difficult time for the United States and we don’t shy away from showing any of that,” confirmed Savage.

As the series progresses, that the challenges facing the wives grows exponentially, says Savage. “They were raising their kids pretty much on their own while their husbands were away training, all in the hope of being picked to go on a death-defying mission. There were so many pressures on these women and it’s important to remember that space travel wasn’t what it is now, it really was all very experimental and things did go wrong; sometimes very wrong.”

The series also touches on the beginnings of the feminist movement, reveals Savage. “This is the period of the calm before the storm of feminism in the early 70’s. You can see the thousand tiny fractures that are leading up to that storm. You see the personal moments among these women and how they interact with each other, with their husbands, and how they perceive their role in society and all of those factors are all building towards what becomes a very large female-driven social moment. “

With any period piece production there are always a few challenges in accurately portraying the era in which the story takes place, a fact confirmed by Savage. “We were marching through years and years as we told this story and everything changes all the time – cars change, clothes change, hairstyles change. It was a bit tough to keep up with all of those changes and keep everything authentic. It was definitely a challenge but we were determined to be accurate with everything.” Savage then laughs a little as she says, “it was also a challenge to get seven women through period specific hair and make-up every day.”

There were no such issues once the actresses were on set and shooting their scenes. “They loved working together and it was interesting to watch them bond. It seemed like it was probably sort of eerily similar to the way the real astronaut wives must have bonded and supported each other,” surmises Savage.

Whatever the difficulties in putting The Astronaut Wives Club together, it was all worth it, says Savage, for a host of reasons. “Everyone involved in the production expressed, at various times, just how honored they felt to be working on this. It’s not that often that you get to tell a story that’s based on real people, and it’s such a powerful story about such an iconic time in history as well. All of that really made this feel like special project for everyone.”

For Savage, the production felt incredibly personal as she explained, “I loved making this show because I grew up in a very matriarchal family with my mom, my grandma and my sisters. Because of the time period in which all of this takes place, I felt like making this series gave me the opportunity to see the world through my mom and grandma’s eyes. In fact, I had my grandma’s bible with me throughout production. Having that with me gave me a sense of comfort and that’s just want I needed throughout this process. Just like the wives had the support group of the other wives when they were going through those experiences, I had my own little support group as I was going through this. That seemed sort of fitting to me.” 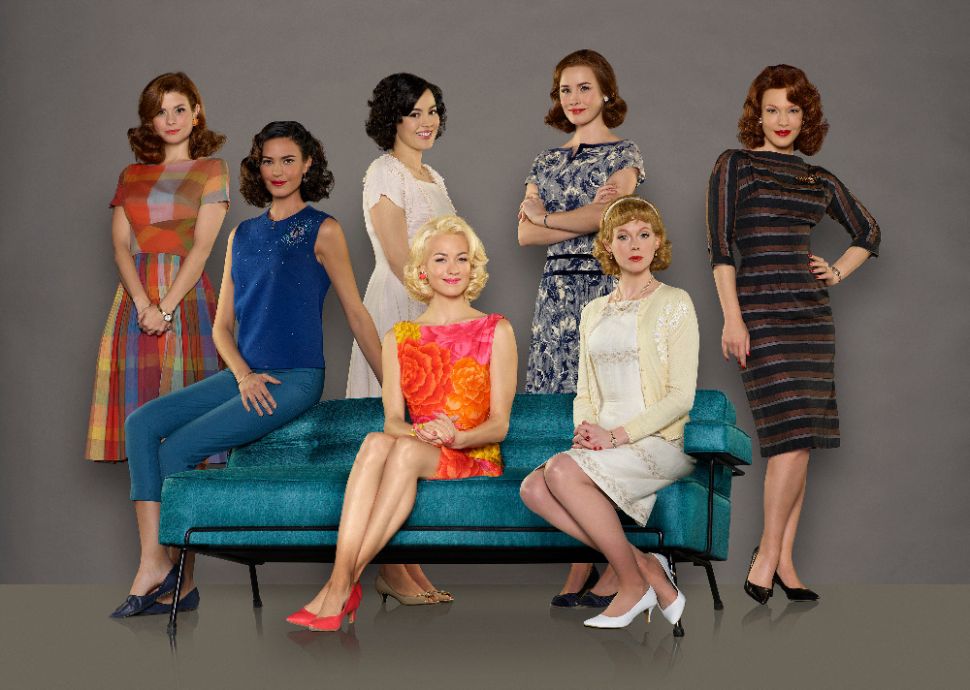