It was a celebrity swarm last night at Alice Tulley Hall, but Marc Jacobs would have no part in it. After making his entrance with muse of the evening, Amanda Seyfried, he spent his time smoking outside with Stefano Tonchi. Instead, Joshua Ostrovsky, known better to his 4.4 million Instagram followers as @TheFatJewish, basked in the limelight in an effort to shill a new book and his own brand of rosé called White Girl Rosé 2014. “I wrote a book, and I think that signals the end of culture in the Western civilization. If that hits the best seller list, we’re screwed,” he joked. “The rosé was mostly because, it’s nothing to joke about, but the tragic rosé shortage in the Hamptons last year. People were running through the streets screaming, and I said, ‘Never again. Not on my watch.’ And, you know surprisingly it tastes good. I wanted it to taste mediocre, but it came out delicious.”

Gigi Hadid arrived quietly as she began to lose her voice-maybe from starring in Taylor Swift‘s newest video for “Bad Blood”-but said quietly, “I’m wearing custom Michael Kors, and I’m obsessed with it.” Tory Burch‘s latest obsession, on the other hand, was Paris. “I’m rooting for my friend Tabitha Simmons to win, but my mind is focused on Paris. We’re opening a Paris store in July!”

While guests filtered into the venue, Kanye West with Kim Kardashian, and Pharrell with wife Helen Lascichanh made their grand arrival. Nina Dobrev made an early departure from the evening, opting to dine with her designer date Lela Rose, though the swarm of paparazzi and fans outside made it anything but an Irish exit. One woman who would clearly be in attendance for the entire evening was Anna Wintour. “I can’t play favorites,” she said as she made her way into Alice Tully Hall alongside Vogue Italia’s Franca Sozzani. “They’re all my favorites.”

On the other side of the ceremony, the after party co-hosted by Refinery29 was in full swing at The Top of The Standard. Many guests clutched a copy of the CFDA Yearbook, which features a portrait of supermodel Joan Smalls giving her best interpretation of Pharrell (signature oversized cap included). January Jones opted to drink Miller Light beers while canoodling with a generously served Joshua Jackson.

Alexander Wang led a pack of models including Natasha Poly, Hanne Gaby Odele, and Anna Ewers (wearing a dress designed by Mr. Wang made entirely of Gold American Express Cards) to smoke on the club’s secretive rooftop, while Chrissy Teigen decided to stay inside. “My dress ripped,” she said with a wry smile. “Up to my crotch.” Although, lucky for her, no one seemed to notice the slit. The only one not having a late night may have been Instagram founder Kevin Systrom, who confessed he had a early meeting the next morning with Ms. Wintour herself. Here’s to hoping he’s well versed in hangover remedies. 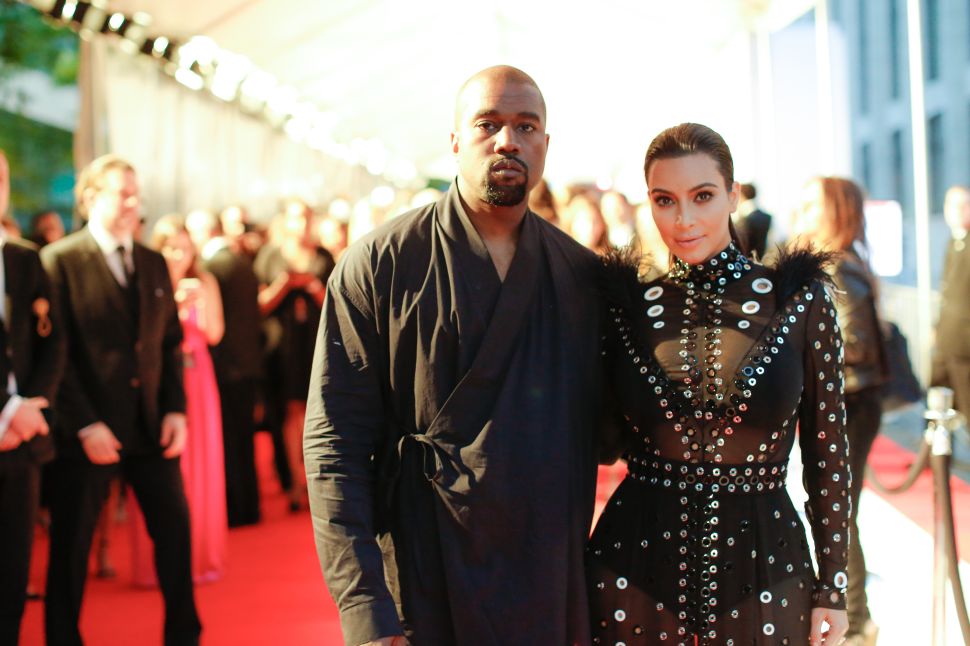