This web post is brought to you by the letter A.

It’s a letter I rarely saw in high school, but it was good enough for Fonzie and is being celebrated by our friends at the High Line.

They have recently completed a commission titled A Hudson Yard, which was a year-long wheat-pasting campaign by Los Angeles-based artist Shannon Ebner and graphic designer David Reinfurt. Since May of 2014, the duo barraged the surrounding areas of the High Line with posters featuring photographs of 12 different capital letter “A”s as they were found in their natural settings, such as billboards or signage. The project’s accompanying booklet is set to launch  today, June 4, 2015, from 6:00-8:00 p.m. in the 14th Street Passage, on the High Line at West 14th Street. There will also be a featured performance by experimental musician Alex Waterman titled of CLOUDS and CROWDS at the event.

“Shannon and David’s project exemplifies our commitment to bringing works of art not only on the High Line, but also in the surrounding neighborhood,” said Cecilia Alemani, Director & Chief Curator of High Line Art, in a press statement.  “We are thrilled to be able to present this exciting project, which interacts directly and at times imperceptibly, with the surroundings of the High Line.”

The High Line has been busy of late. They threw a soirée for their Rashid Johnson commission during Frieze Week and unveiled a large mural by Kerry James Marshall before that.

Ms. Ebner, whose artworks often combine text and photographic processes, is represented by the Chelsea gallery Wallspace and was selected for the 2008 Whitney Biennial as well as the 2011 Venice Biennale.

Mr. Reinfurt, a 2010 United States Artists Rockefeller Fellow in Architecture and Design, is a founder of design collaboratives O-R-G and Dexter Sinister in New York City and recently launched a new project called The Serving Library. His work has been exhibited in major museums including the Whitney Museum of Art and MoMA.

It is unclear whether a project dedicated to the letter B is in the works. 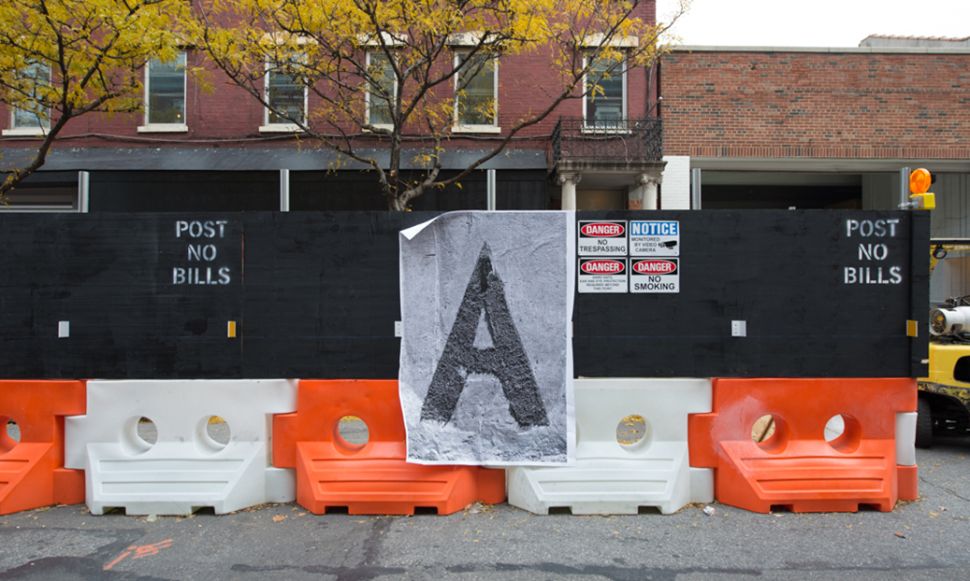