In preparing to launch its new streaming music service, Apple is conceding that the download model it created a dozen years ago may be going the way of the compact disc.

Here’s a move Apple and labels can make to maintain the download cash machine while keeping iTunes relevant for serious music fans: Do away with default ‘album-only’ pricing.

The company has acknowledged the drop-off in iTunes purchases in recent securities filings. Meanwhile, streaming subscription services Spotify and Pandora have seen revenues surge by double digits in the past year.

Consumers should be receptive to Apple’s new music streaming service, Apple Music, when it goes live June 30 (a version for devices using Google’s Android operating system will be available later this year). Why pay for downloads you may tire of and listen to occasionally when you can access most of Apple’s 37 million track catalogue for just $9.99 a month? Wireless connections have improved markedly in the last several years, allowing listeners to continue streaming on their phones and pads even at the beach or driving through back woods.

The Wall Street Journal noted Apple’s willingness to “cannibalize its download business in favor of streaming,” especially since the company already holds millions of iTunes users’ credit cards for easy billing. “The subscription model,” the Journal explained, “offers the prospect of more revenue for both Apple and the biggest music labels.”

However, I submit there is another move Apple and the labels can make to maintain the download cash machine while keeping iTunes relevant for serious music fans who would rather own than rent. That is—do away with default “album-only” pricing, which disallows purchases of songs 10 minutes or longer unless a user buys the entire recording. Many Apple customers aren’t even aware it exists.

Under the current system, you can buy any individual iTunes track up to 9:59—including snippets, outtakes, introductions and other abbreviated content (check out the 11-second “So What, Studio Sequence 2” from Miles Davis’ Kind of Blue Legacy album). But the moment the meter hits the 10-minute mark, the track is off-limits for individual sale unless it’s bundled with the full album—never mind if it costs $7.99 or $58.70 (see Keith Jarrett’s At the Blue Note, The Complete Recordings).

Apple’s default rule has kept me from purchasing hundreds of songs.

Apple’s default rule has kept me from purchasing hundreds of songs—not because I can’t afford the albums, but because I don’t want to give up the freedom to pick the playlist of my choosing, which has always been one of the key virtues of the download model.

The 10-minute cut-off works well for many genres, including pop, rock, hip-hop, R&B and country, which have historically issued tracks in three- to five-minute bites to accommodate radio airtime. Even classical artists have learned to play the game—a glance at cellist Yo-Yo Ma’s song list shows more sub-10-minute choices than Taylor Swift, with only a handful of concerti and other long pieces held back for album purchase.

But as a jazz lover, I regularly face a downloader’s dilemma. Many of the songs I’m interested in exceed the 10-minute mark with extended solos that aren’t watching the download clock. And I often target these tracks without regard to album—say, I’m cherry-picking different renditions of Herbie Hancock’s “Cantaloupe Island” by multiple artists. Or I just want to sample a particular performer based on an audio clip. Or I see a previously unreleased “alternate” version of a song I already own that’s been newly issued—a frequent device for repackaging 1960s albums by Blue Note, Impulse and other jazz labels.

Do I buy the full recording and ignore the songs I don’t want (thus loading up my device with material I’ll only skip over later)? Or do I buy the album and delete the unwanted or redundant tracks (thereby spending a wasteful $9.99 or much more for a single song)? Instead, I typically back off and look for shorter pieces to buy on the à la carte plan.

You can’t buy this song on iTunes without purchasing the whole album:

The frustration of the current pricing shows itself in an album of Miles Davis’ 1967 live European concert dates called The Bootleg Series, Vol. 1. I can buy an 8:53 version of the Wayne Shorter composition “Masqualero” recorded in Antwerp for 99 cents. But if I want the 10-minute take captured in Copenhagen or the 10:08 version from Paris, I need to take the whole album for $19.99. Likewise, a classical fan can grab a 99-cent download of Beethoven’s Symphony Number 8 in F Major from The Complete Symphony Collection, clocked at 9:54. But no-go for Symphony Number 6, also in F Major, which is timed at 10:15. And so it goes.

When it debuted in 2003, Apple and the record labels negotiated a seven-minute limit for downloads but made exceptions for classic long-cuts—a Billboard story from the day cited a 20-minute jam by Blues Traveler called “Hippie/Imagine” that could be had for 99 cents, along with many other long-play offerings. Even Miles Davis’ 11-minute “All Blues” could be purchased as a single, as could a 26-minute Davis blow-out track called “Prelude, Pt. 1.” Today, you can scroll iTunes for hours and not find a single exception to the 10-minute album default rule, including the ones mentioned here.

So, why can’t Apple, with its enormous clout, corral Sony, Universal, Warner and other major labels into striking a new multi-tiered pricing model for downloads—perhaps $3 for tracks between 10-20 minutes and $5 for selections from 20-30 minutes? Check out listings for John Coltrane, Chick Corea or Keith Jarrett if you think single tunes can’t go that long—but also Pink Floyd’s “Echoes,” Jethro Tull’s remastered “Thick as a Brick” or the 33-minute “Mountain Jam” by the Allman Brothers. They could even calibrate the fees more precisely, like filling up your gas tank—charging by the minute.

Why pay for downloads you may tire of and listen to occasionally when you can access most of Apple’s 37 million track catalogue for just $9.99 a month?

Copyright lawyers tell me there is nothing on the books that prohibits a more elastic download pricing scheme—which could work for Amazon, Google Play and other online music stores. Music publishers are owed higher royalty rates for downloads beyond five minutes. With a rational fee schedule for pieces above 10 minutes, digital merchants, artists, composers and publishers could tap into significant user demand and generate new income all around the table, apart from streaming, which serves a totally different, ephemeral purpose.

Though I was late to iTunes—not joining until 2009—I quickly became devoted to the store, leisurely browsing the way I once scoured the bins at Tower Records. Thanks to Apple’s ultra-wide net, I’ve discovered scores of amazing artists—pianists like Christian Jacob, Lars Jansson, Carlton Holmes, Eugene Maslov and Tamir Hendelman; vibraphonists Christian Tamburr and Hendrik Meurkens (who doubles on harmonica); Brazilian guitarist Toco; alto saxophonist Jin Pureum; singers Maria Rita, Viktoria Tolstoy and Gail Pettis. I tend to pull tunes from various albums in curating my own expansive playlist, which now reaches 7,500 titles. Rarely do I ever play an entire album, preferring to let the shuffle mode surprise me like a great radio host.

If Apple and the record labels would just let me pay as I go past the 10-minute barrier, I would likely drop many more dollars into the iTunes beast. I can even hear myself reprising Roy Scheider’s immortal line from Jaws: “I think I’m gonna need a bigger iPod.” 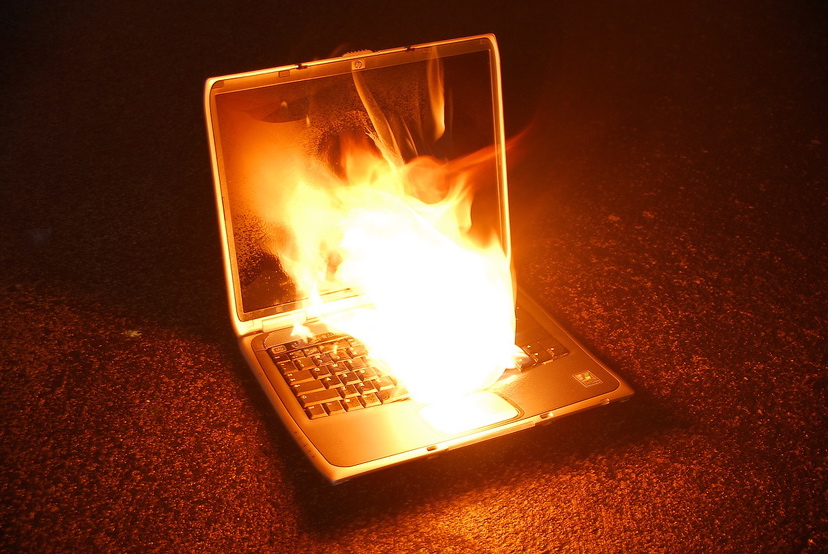