I quit college and used the money to buy a car.

The car was a used Honda Civic. I drove around for a few hours and then I dropped the car back off at the dealership and cancelled the check and went back to college.

Two huge mistakes in one day. One was fun and stupid. The other cost me years and money.

There’s two types of mistakes: ones that eventually make you a better person. And ones that make you a worse person, afraid to break out of the box, afraid to explore and be an artist and take risks and surrender to what isn’t in your control.

Some mistakes are out of your control. Some mistakes you make because you listen too much to others. (“be a good boy and do THIS”).

Having them and complaining about them and blaming others and not learning from them is the worst mistake a young person can make.

And here are some other mistakes that young people (i.e. me) make:

What opinion can you possibly have? Global warming? Ok, good luck changing the world.

A friend of mine works at The New Yorker and no longer speaks to me (so maybe she is not my friend). She said, “if everyone thought like you then the world would be a mess.”

Oh really? I have one word to say back (which breaks my later statement about defending myself).

4.5 million tons of manure were being dropped on the streets of Manhattan in 1890, EVERY YEAR, by horses carrying people to work.

That was the big environmental problem of the day. “NYC will be buried in horse manure by 1950!” screamed the headlines.

It doesn’t matter what your opinion about this was. None of the people living in NY solved the problem despite the 1000s of opinions.

People with passion for mechanics in Detroit made something called a car.

Do what YOU love to do today. Surrender to the results. The more you surrender, the more results there will be.

The way you solve the world’s problems is to solve your problems. Then trust.

THERE IS SOMETHING SPECIAL YOU ARE HERE TO DO

You realize there are 8.7 million different species on the planet?

Do you think the trillions of members of all of them were put on this Earth with a special purpose?

Like they have to be an opera singer. Or solve a hard math problem?

There’s 1000 different species (species, not individual organisms, which are around 10,000,000) living on your body RIGHT NOW.

80 in your mouth. So you better shut up.

The last part of our body to evolve was our pre-frontal cortex, which allows us to adapt to different environments. No other species has one.

This let us move from hot Africa to cold Alaska and every place in between.

But it also is the part of our body that fools us into thinking we have a special purpose.

Our own unique little, private purpose which will win us awards and acclaim and make us feel better. Mmm, my special special purpose that makes me so SPECIAL!

But I understand you feel that way if you are young.

So here’s the solution and it works and can be applied at any age: get good at three or four or five things.

Then find the intersection.

Then become the best in the world at the intersection. That’s how you can pretend to do your special purpose.

Then if you get good at 5 things you’re now the only one in the world who has put 1000s of hours into the intersection.

Now you’re the best in the world at that.

Trust me when I say: you will end up loving what you are the best in the world at.

You really don’t have to talk as much as you do.

The average human says 10,000 words a day. Maybe cut that in half. Or say nothing.

I tried saying nothing for a whole day the other day. It’s hard. But it started to feel like melted chocolate was in my mouth the whole day.

It felt like magic when I finally spoke again. I valued every word that came out of my mouth.

But try to talk less when you’re young and know nothing.

Like when you’re 19 years old and you want to talk about the status of your relationship.

Guess what. Even if you’re 50 you don’t need to talk about it. Treat the other person nice. Then your status will be good.

If you hit the person you are living with then your status won’t be good.

Talking won’t do anything.

This holds for most things.

Or better yet, just listen.

YOU HAVE NO CAREER

The average person has 14 careers. And that number is probably going up.

My careers have been: academia, computer programmer, writer, “web series creator”, CEO of a web design company, day trader, hedge fund manager, writer about finance, venture capitalist, book writer, speaker, internet entrepreneur (made a website that got popular), deal maker, self-improvement blogger, podcaster, and a few more I’d rather not say because they are either horribly embarrassing or might get me into legal trouble.

There is no way to know what you want to do at 18. Rodney Dangerfield, one of the biggest comedians ever, was an aluminum siding salesman. Ray Kroc, who built up McDonalds, was a milkshake salesman.

I NEED X TO GET Y

“I need to look good (or have a good job), to meet a boyfriend/girlfriend.”

“I need to have a million dollars before I can write a novel and relax”.

“I need to go to travel the world to get life experience.”

“I need to do what my parents say.”

Here’s the reality that many people don’t get.

There are many paths to that mysterious “Y”. Don’t assume you know what they are.

I told my daughter something the other day. I said, “you know that quote I always tell you?”

She rolled her eyes, “Ugh. ‘There’s always a good reason and a real reason’.”

“Ok, I’m going to tell you another one.

‘There’s always a back door.'”

“What does that even mean,” she said. We were walking around Washington Square Park. She was looking with envy at all the college students walking around. I think she wants to be one.

“It’s ok if you don’t know what it means,” I said. “I can’t explain it. Just don’t assume the front door is the only way to enter something you want.”

Richard Branson missed his plane so he decided to start an airline. He had no experience.

Elizabeth Holmes dropped out of Stanford as a teenager to start a company curing cancer. Now she’s a billionaire.

If you say and do 1000 ridiculous things then 1% of them might work out.

But you know what: then you have a ridiculous and amazing life.

The rest of us don’t say any of these ridiculous things. So nothing ridiculous and amazing happens to us.

IF I DON’T DO THIS THEN BAD THINGS WILL HAPPEN

“If I don’t have money, I won’t be able to buy anything. People won’t like me.”

Society is very powerful. We get 2500 media messages a day telling us our Dos and our Dont’s.

All 2500 of those message are wrong. How do I know? Because people wouldn’t have to pay to show you those messages if they are right.

They know the messages are wrong so they pay to put them in front of you.

For instance, if you believe the messages then you would think you can join the army, and either A) choose to go to war or B) go hiking and learn computer programming at the same time.

Don’t let the media messages predict the future. Because it’s a fake future.

How many times did I spend an extra year in a relationship, or a city, or a job, or a school, because I was afraid to leave.

Afraid I had the power to truly hurt someone with my decision. Afraid my life would be ruined if I made a change.

You can get up and leave right now if you are not happy or if you want to do something new.

YOU HAVE TO DEFEND

In the next 60 years, a lot of people are going to hate you.

For every ten people you help, one person will hate you. And you will want to defend, to explain, to argue, to respond back.

It’s a mistake to defend.

Delete them. Delete their comments, their emails, their connections to you, any contact you have with them. You can’t change them. You can change YOU to not care.

The more haters you have, it means you will have 10 times the number of people who love you but are silent.

When they offend, don’t defend.

Everything that happens in your future is a direct result of what you do today.

I’ve made a lot of money and lost it miserably and got scared and depressed and cheated and ran and hurt and cried and was suicidal.

None of that helped my future self.

Here’s what did, when I was at my lowest and darkest moments:

The more grateful you are, the more you attract things to be grateful for.

And by doing so, all the mistakes I made in my youth turned into blessings.

James Altucher, an entrepreneur, investor  and best-selling author of Choose Yourself and Choose Yourself Guide To Wealth. He openly discusses the financial and emotional impact of making (and losing) money in his personal blog at JamesAltucher.com. 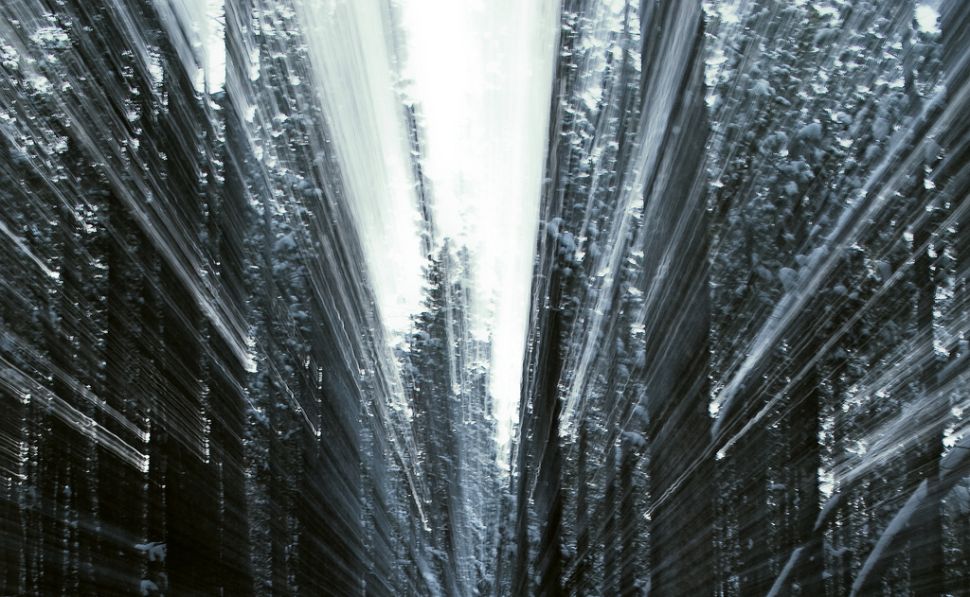