The first time you saw them, by accident, you were too young to feel embarrassed. I answered every question you asked, and hoped you couldn’t tell I was embarrassed. We’ve both grown up some and talked a lot about them since, hoping to make the naked people in your iPod just another thing in your world, like jealousy in school, blood in video games, and sugar in soda.

But you’re older now, more likely to find them on purpose, and less likely to talk to me about them when you do. So while I still have your attention, before you’re too old to hug me in front of your friends, let’s talk some more about pornography.

But first, let’s talk about bacon.

Every day, you feel hungry. It isn’t something you choose, it’s just part of being alive. It’s physiology.

When you feel hungry, you get to choose what to do about it. You could skip a meal, fry up some bacon, or steal a Snickers bar from the corner store. That is morality.

Since you’re being raised Mormon, you probably wouldn’t order coffee with your breakfast. (We aren’t alone: If we were Jewish, you might never taste a cheeseburger.) Every culture has shared values that reinforce its identity. As a shortcut, let’s call this religion.

“Pornography is any picture or narrative that feeds the carnal man within.” — Elder Tad Callister

Like too many people, he’s confusing morality and physiology. Would it make sense to apply the same logic to your appetite? Hunger is a problem. You won’t have a healthy relationship with food if you believe that.

But when they apply the label “pornography” to anything that excites any person, we give up the ability to talk about it in a meaningful way. If your youth group leader thinks bare shoulders and bikinis at the beach are pornographic, you’re going to get confused. When I talk to you about pornography, I mean pictures and videos of sex. I mean the business of exploiting our hardwired response to sexuality — producing pictures and videos that reduce sexual relationships to a series of camera-friendly stunts.

In The Italian Job, Mark Wahlberg and his friends race Mini Coopers across a crowded city, darting in and out of traffic, down concrete steps into subway tunnels, even jumping their cars out of a tunnel into the Los Angeles River.

You’re not old enough to drive, but you’ve been riding in cars since you were two days old, so you understand the fantasy of a great car chase movie. It’s fun to imagine, but you know it isn’t what driving in a crowded city is really like.

“Hey, Mom,” you might say. “I watched a movie last night. Would it really work to drive a car in the subway?”

That’s an easy question to ask. How about this one?

Not such an easy question. How come?

Pornography Is Not the Enemy

They have made pornography the enemy — the representation of everything “wrong” about human sexuality. If you’ve seen it, you’re damaged goods. If you didn’t hate seeing it, you’re probably an addict already. You should feel terrible.

Don’t confuse shame and guilt. Guilt is healthy — it says “Something I did is not ok.” Shame is destructive — it says “I am not ok.”

The Shortcut to Wisdom

There is nothing wrong with self soothing — in fact, it’s an important part of mental health. So how can we learn to do it well? My suggestion is going to seem familiar, because it starts with the same two words I tell you all the time: Ask why.

Why are you reaching for that ice cream? Why are you staring at your phone instead of interacting with the real world? Why are you about to go incognito in your web browser?

Once I’m aware, I get to make a choice. I can choose to respond to life on purpose instead of reacting to life out of habit.

If you found out your favorite bakery was dumping harmful chemicals into a community park, what would you do? The more donuts they sell, the more damage they do to your community. Would you still buy their donuts? (What if you waited until the end of the day when they give away donuts that didn’t sell? Would it feel like you weren’t part of the problem because no money changed hands?)

Just Another Thing In Your World

Paul Malan is a writer based in Utah. You can connect with him on Twitter @ungewissen. 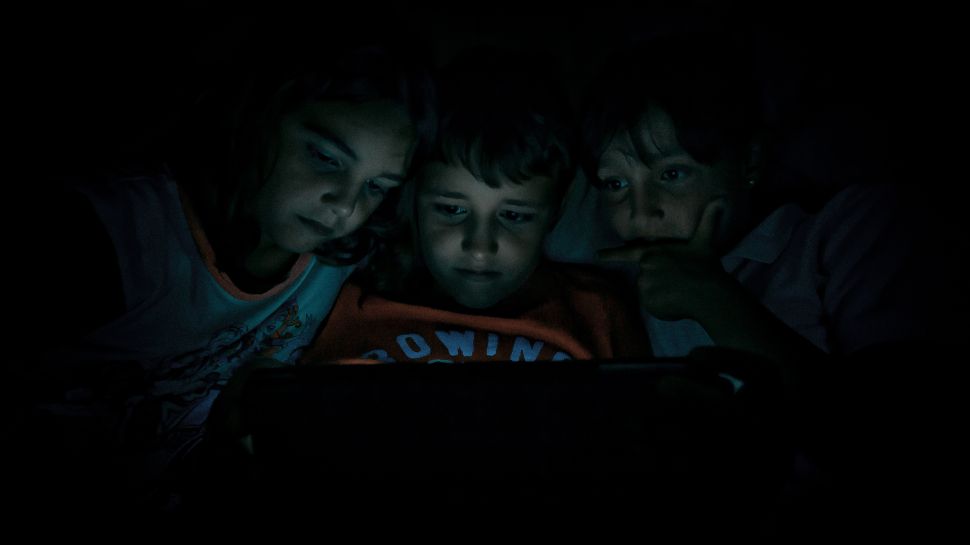