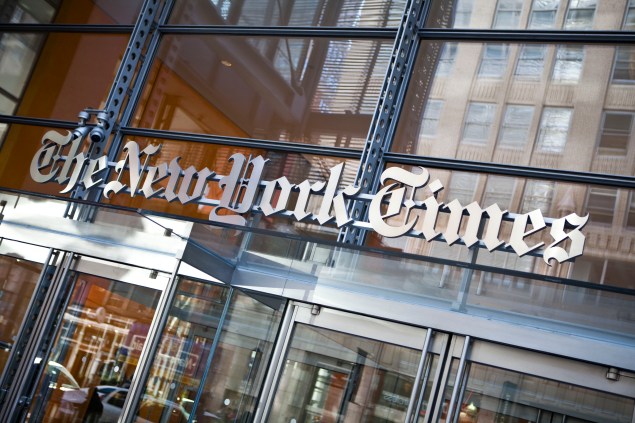 Alessandra Stanley is stepping up after 12 years as chief television critic at The New York Times to report on the richest rich people, executive editor Dean Baquet announced this afternoon. The new beat at the Times is being framed as part of the paper’s increased focus on “economic inequality.”

“As part of The Times’s deepening focus on economic inequality in America, [Alessandra Stanley] will be creating a new beat: an interdisciplinary look at the way the richest of the rich — the top 1 percent of the 1 percent — are influencing, indeed rewiring, the nation’s institutions, including universities, philanthropies, museums, sports franchises and, of course, political parties and government,” Mr. Baquet wrote.

Sure, sections like Styles and Real Estate already cover rich people. But it will be good to have someone covering “the top 1 percent of the 1 percent” instead of the bottom one percent of the top one percent or even the only moderately rich. As the extensive Times coverage given Wednesday Martin’s non-fiction-ish memoir about rich Park Avenue primates shows, the paper does have a big appetite for writing about the habits of the super rich.

Of course, Ms. Stanley has been known for getting a fact wrong now and again in her TV criticism. But that shouldn’t be a problem, right? The super rich are usually very chill about things like that.

If nothing else, it should make for good fodder for Twitter jokes.

Ms. Stanley’s new role will begin soon, although no date has been set and a new television critic is yet to be named, a Times spokesperson told the Observer.