We’re not quite invited to the Spielbergs for barbecue—yet—but, from dozens of invites, we’ve culled some of the top events of the summer out East. Enjoy.

Theater: All My Sons
This crackling, star-filled American classic takes place in the months following World War II and boasts Alec Baldwin as a bully of an airplane-parts manufacturer, Laurie Metcalf as his wife and Ryan Eggold as the son who asks too many questions about the quality of the fighter planes their factory turned out. This is the last week to catch the Arthur Miller drama.
Guild Hall John Drew Theater, 158 Main Street, East Hampton, tickets start at $23.

Concert:  The Beach Boys
In the summer, we wish we all could be California girls (or boys), and the Beach Boys bring that feeling East with a concert on the eve of Independence Day. Wouldn’t it be nice to see them live? Kick your weekend off with some fun, fun, fun before Daddy takes the T-bird away. (Sorry, we’ll stop now.)
Guild Hall John Drew Theater, 158 Main Street, East Hampton, 7 p.m., tickets start at $150.

Museum Event: Parrish Art Museum Midsummer Party
Floral sundress alert! Join scores of your willowy closest friends and the trendsetters of the art world for dinner and a masterpiece (or two) in the Herzog & de Meuron-designed space. On view will be a Chuck Close photography show and a witty exhibition by Tara Donovan which explores the Slinky. If you miss the fête, by the way, the spectacular 90-image Close show is on view through July 26.
Parrish Art Museum, 279 Montauk Highway, Mill, cocktails 6:30 p.m., dinner tickets start at $1,500.

Foodie Event: Chefs & Champagne
Not quite a cultural evening, but after as much bubbly as this event uncorks, you’ll begin to feel like you’re in a Fellini movie. Hosted by the James Beard Foundation, Chefs & Champagne is a legal bacchanalia. Sip and snack your way through local wines and courses made by America’s best chefs, and toast the guest of honor, affable TV chef (of Top Chef and The Chew) Carla Hall.
Wölffer Estate Vineyard, 183 Sagg Road, Sagaponack, 6 p.m., tickets start at $275 for the general public.

Performance Art: Robert Wilson’s Watermill Summer Benefit & Auction
Artist and avant-garde visionary Robert Wilson’s elaborately themed fêtes never disappoint and this year’s is mysteriously titled “Circus of Stillness… the power over wild beasts.” It will feature site-specific installations and performances from Watermill’s diverse crew of artists in residence, who will likely offer interesting takes on “wild beasts.” For many art-worlders, this is the destination event of the summer.
The Watermill Center, 39 Watermill Town Road, Mill, 6 p.m., tickets start at $500.

Interior Design Evening: Hamptons Showhouse Gala Preview Cocktails
Each room of a modern barn-style home built by Christopher Tufo Design and Build will showcase the talents of one of 25 interior designers and the competition among them to create the best room. The house, and the fantasies of high living it inspires, will remain open until September 7.
Hamptons Showhouse, 233 Old Sag Harbor Road, Bridgehampton, 6-8 p.m., tickets starting at $225.

Concert: The Soul of New Orleans: Dr. John and the Nite Trippers
The Rock and Roll Hall of Famer is known for his live performances, and this midsummer one should be a sizzler. But if Voodoo Blues aren’t your thing, the Westhampton PAC features veteran baby-boomer-and-beyond-era headliners all summer, including the Indigo Girls, David Crosby, the Wailers, and the best of the Beatles cover bands, Fab Faux.
Westhampton Performing Arts Center, 76 Main Street, Westhampton Beach, 8 p.m., tickets to Dr. John start at $83.

Museum Event: Guild Hall Summer Gala and Opening: Roy Lichtenstein
The Pop art pioneer is known best for his Ben-Day dot romance-comic style images of girls crying, playing or calling out for “Brad!” This much-anticipated show looks instead at his landscapes. Celebrate the opening of “Between Sea and Sky” in East Hampton’s Guild Hall arts center with dinner and dancing. From 5-11 p.m., preview the show that salutes the master’s ties to the East End.
Guild Hall, 158 Main Street, East Hampton, 5-11 p.m., preview tickets start at $100.

Literary Event: Authors Night
This annual event has an appallingly impressive list of authors mingling and signing books: consider that Judith Miller, Wednesday Martin, Thomas Maier, Marc Murphy and Fern Mallis represent half of the “M”s alone. The fundraiser benefitting the East Hampton Library begins with cocktails and ends with a dinner party of your choice at a Hamptons home hosted by the likes of Dick Cavett or Mimi Sheraton.
East Hampton Village, East Hampton, 5 p.m. Cocktail tickets are $100, and dinner tickets start at $300. 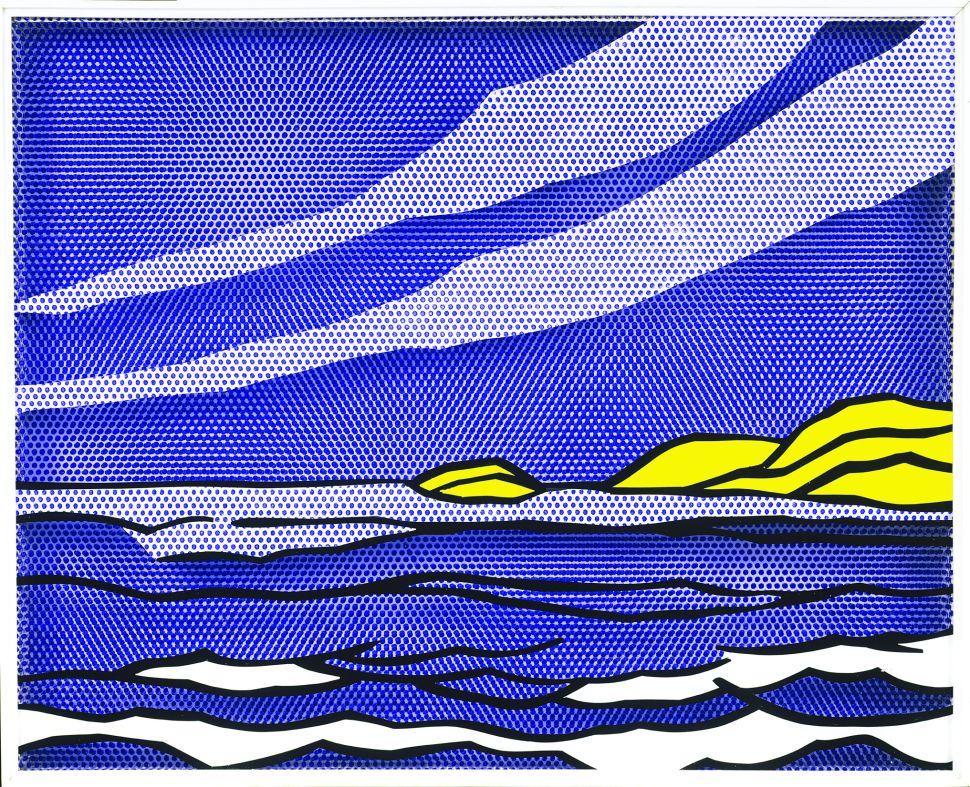