The ordeal of Northwestern University film professor Laura Kipnis, hauled before a campus gender equity tribunal for publishing a critique of academia’s current obsession with sexual misconduct, has brought the backlash against “political correctness” to reliably left-of-center venues such as Vox. But this is only the latest incident in the culture wars over “social justice” that have been wreaking havoc in a wide range of communities—including, but not limited to, universities, the literary world, science fiction fandom and the atheist/skeptic movement.

The progressive crusaders driving these wars have been dubbed “social justice warriors,” or “SJWs,” by their Internet foes. Some activists on the left proudly embrace the label, crowing that it says a lot about the other side that it uses “social justice” as a derisive epithet. But in fact, this version of “social justice” is not about social justice at all. It is a cultish, essentially totalitarian ideology deeply inimical—as liberals such as Jonathan Chait warn in New York magazine—to the traditional values of the liberal left, and not just because of the movement’s hostility to freedom of “harmful” speech.

At the core of social justice dogma is fixation on identity and “privilege.” Some of this discourse touches on real and clear inequities: for instance, the widespread tendency of police and others to treat African-Americans, especially young and male, as potential lawbreakers. Yet even here, the rhetoric of privilege generates far more heat than light. University of California-Merced sociologist Tanya Bolash-Goza, who accepts the “social justice” left’s view of pervasive structural racism in America, points out that the term “white privilege” turns what should be the norm for all—not being harassed by cops or eyed suspiciously by shop owners—into a special advantage unfairly enjoyed by whites. (Indeed, in its dictionary meaning, “privilege” refers to rights or benefits possessed by the select, not by the majority.) This language speaks not to black betterment but to white guilt. It also erases the fact that the “privilege” extends to many nonwhite groups, such as Asians.

Privilege rhetoric offers an absurdly simplistic view of complex social dynamics. A widely cited essay by pro-“social justice” sci-fi writer John Scalzi seeks to explain privilege to geeks by arguing that being a straight white male is akin to playing a video game on “the lowest difficulty setting.” Does the white son of a poor single mother have it easier than the daughter of a wealthy black couple? As a minor afterthought, Mr. Scalzi mentions that “players” in other groups may be better off if they start with more “points” in areas such as wealth. But generally, the “social justice” left strenuously avoids the issue of socioeconomic background, which, despite upward mobility, is surely the most tangible and entrenched form of actual privilege in modern American society. Rather, the focus is on racial, sexual and cultural identities.

While “social justice” discourse embraces “intersectionality”—the understanding that different forms of social advantage and disadvantage interact with each other—this virtually never works in favor of the “privileged.” Thus, intersectionality may mean recognizing that disabled battered women suffer from both sexism and “ableism.” Recognizing that disabled men may be at greater risk for spousal abuse because disability reverses the usual male advantage in strength? Not so much. To acknowledge advantages enjoyed by the “oppressed”—for instance, gender bias favoring female defendants in criminal cases or mothers in custody suits—is pure heresy. The only moral dilemma is which oppressed identity trumps which: race or gender, sexuality or religion.

This hierarchy of identity politics can lead to some bizarre inversions of progressive values. Thus, because Muslims are classified as “marginalized” and “non-privileged” in the West’s power structures, critics of misogyny and homophobia in fundamentalist Islam risk being chastised for “Islamophobic” prejudice. Charlie Hebdo, the staunchly left-wing French magazine murderously attacked in January in retaliation for its Mohammed cartoons, was denounced by a number of leftist critics who felt that the magazine’s satirical barbs at Islam (along with other organized religions) amounted to “punching down” at the powerless. The men with guns who shot twelve Charlie staffers were presumably punching up.

On the other hand, since Jews in Western society today are seen as more privileged than not, “social justice” discourse sheepishly sidesteps anti-Semitism—surely one of the most pernicious forms of bigotry in Western history. Salon, more or less the Pravda of today’s social justice left, recently ran a piece arguing that the coming reboot of the X-Men franchise should reinvent its character Magneto, a Jewish Auschwitz survivor, as black in order to “get real about race.”

The practical effects of such “social justice” ideology can be seen in the communities where it flourishes (mainly on college campuses and online). It is a reverse caste system in which a person’s status and worth depends entirely on their perceived oppression and disadvantage. The nuances of rank can be as rigid as in the most oppressively hierarchical traditional society. A white woman upset by an insulting comment from a white man qualifies for sympathy and support; a white woman distraught at being ripped to shreds by a “woman of color” for an apparent racial faux pas can be ridiculed for “white girl tears.” However, if she turns out to be a rape victim, the mockery probably crosses a line. On the other hand, a straight white male trashed by an online mob for some vague offenses deemed misogynist and racist can invite more vitriol by revealing that he is a sexual abuse survivor suffering from post-traumatic stress.

A recent controversy in the science fiction world illustrates this toxic atmosphere. A few months ago, many sci-fi writers and fans were shaken by the revelation that Benjanun Sriduangkaew, a young Thai female author, not only doubled as a militant “social justice” blogger but had a third identity as a notorious LiveJournal troll known for egregious harassment, including death and rape threats—often toward nonwhite, female or transgender victims. Yet Ms. Sriduangkaew found supporters who saw the scandal as, in the words of a Daily Dot article, “an example of white privilege attempting to silence writers of color.” The article itself approached the question of whether she deserved forgiveness in nakedly political terms: “Sriduangkaew [is] an excellent, well-liked writer whose multicultural voice is an important addition to the sparse population of nonwhite writers in the world of speculative publishing. On the other hand, her troll voice has often worked too loudly silence other members of marginalized identities.” Some tried to defend Ms. Sriduangkaew by pointing out that most of her targets were white males.

In this climate, it is not surprising that a while male poet would write an agonized letter to a literary blog wondering if he should stop writing: he feels guilty about writing from a white male perspective but also worries that if he writes in the voice of women or minorities, he would be “colonizing” their stories.

Working to correct inequities is a noble goal—which explains the appeal of the “social justice” movement to many fair-minded people. But the movement in its current form is not about that. It elevates an extreme and polarizing version of identity politics in which individuals are little more than the sum of their labels. It encourages wallowing in anger and guilt. It promotes intolerance and the politicization of everything. It must be stopped—not only for the sake of freedom, but for the sake of a kinder, fairer society.

Cathy Young is a columnist for RealClearPolitics and is also a contributing editor at Reason magazine. You can follow her on Twitter at @CathyYoung63.

Read about the next L. Ron Hubbard or Marshall McLuhan 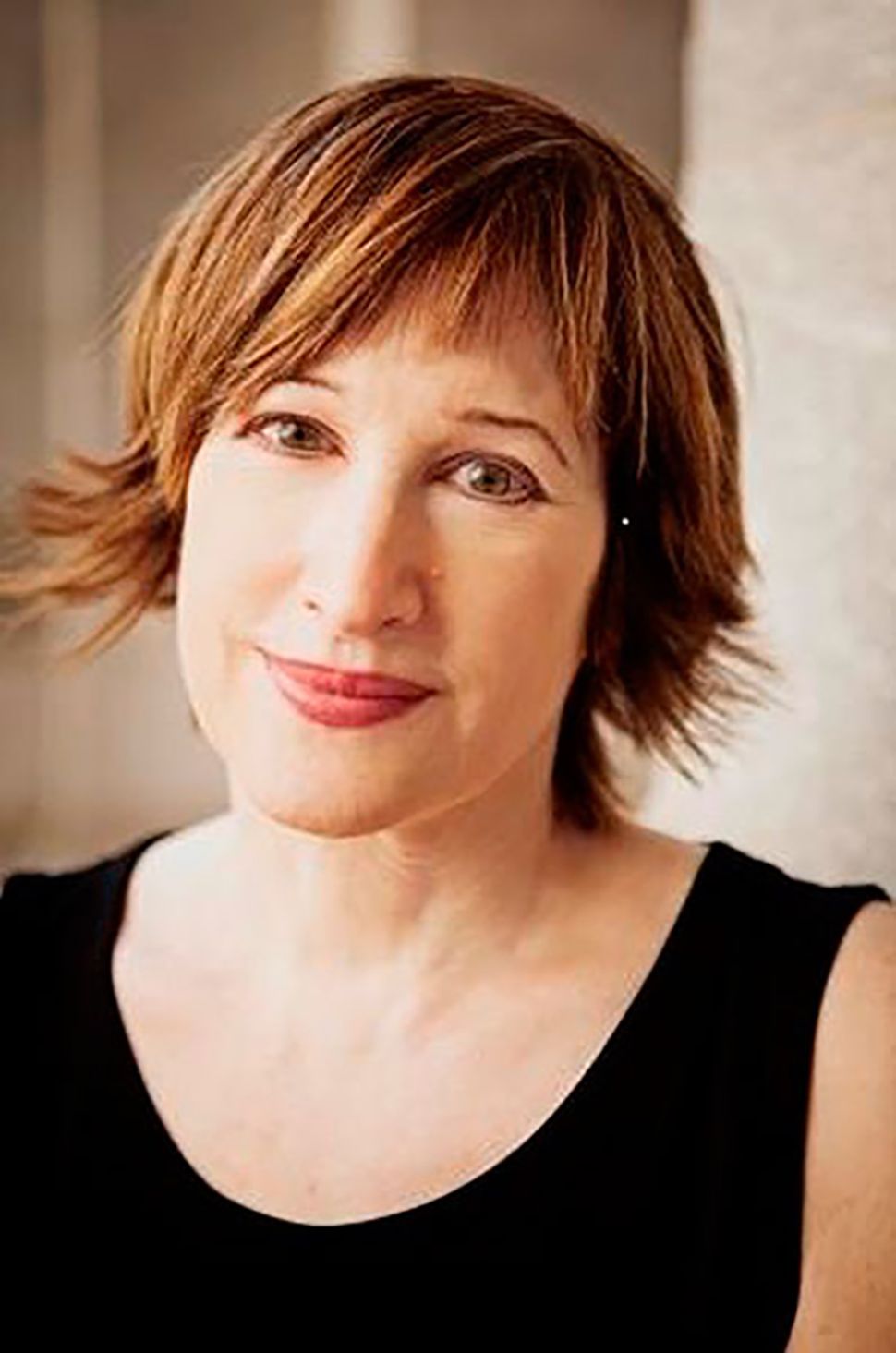