It is summer, and that means that in a perfect world there would be ice cream socials every day. Since we live on Earth, not heaven, there is only one ice cream social and it is today at Neuhaus chocolates, where they’ll be debuting their new ice cream corner. They’ll have ice cream cones with a terrific assortment of toppings from speculoos to candied pistachios. Neuhaus, 500 Madison Avenue, 5-7 p.m., invite only

Kermit the Frog was a terrible boyfriend and Miss Piggy was excellent. If you want to talk about this, you can call me up, or you’ll doubtless find many others in agreement at the Sackler Center First Awards honoring Miss Piggy. Gloria Steinem will also be in attendance as will Kermit the Frog (now he appreciates her). Brooklyn Museum, 200 Eastern Parkway, 5 p.m., $300

Adel Chabbi, the legendary French hair and extension specialist is opening a salon on the Upper East Side. Get a (wet) glass of champagne with a (dry) cut—this week readers can enjoy 20 percent off any first time service as well as 30 percent off a haircut when combined with highlights. Adel Atelier, 231 East 58th Street, 9:30 a.m.-8:30 p.m., prices vary

If you live in New York, you’ve already seen food prepared a lot of ways. You’ve seen foam, and neurocuisine (remember neurocusine? That was a terrible mistake) and a piece of artichoke presented in a pig’s bladder (go to Eleven Madison Park if you haven’t). So seeing the world-renowned chefs at the Iconoclast Dinner come up with something new is pretty exciting. You can expect lamb belly dumplings with cilantro chutney, lobster ceviche with jalapeño gazpacho, banana, avocado and crispy plantains and braised goat with West African peanut sauce, corn mash and cherry cilantro salad. For dessert, and we all know the rest of the meal is simply pretense, you can expect lemon verrine with lemon sherbet and caramelized feuillete made by Craft Guild of Chefs’ Pastry Chef of the Year, Graham Hornigold. And, if you’re not put into an immediate food coma, there will be an after-party with music, award winning artisanal doughnuts by chef Kamal Grant, and casino tables on which you can presumably win back your ticket price. We’re betting it will surpass any of the other foodie trends you’ll try this year. James Beard House, 167 West 12th Street, 7 p.m., $1,000, $150 for after-party

I’m absolutely convinced that people who sign up for things like the Tough Mudder run aspired to be Pigpen when they read Peanuts as children. I always aspired to be Red Baron, which is why I sign up for activities that allow me to sit atop houses pretending to fly a plane (and I wait, eagerly, for these activities to present themselves). Either way, it was pretty great to have a childhood where you could just sit around reading comics. That brings us to The Race For A Cure Mud Run to support pediatric cancer research, the only muddy run I will endorse. The two-mile run is open to seasoned mud runners, as well as families, and anyone over the age of 6 (though kids under 13 need to be accompanied by an adult). Proceeds go toward two nonprofit organizations, Hope & Heroes and the Pediatric Cancer Foundation. The organizers suggest bringing , a change of clothes and a towel—and a positive attitude. Purchase College Campus, 735 Anderson Hill Road, 10 a.m.-1 p.m., $40

Tickets to the Apollo Spring Gala are surprisingly expensive! However! It will be headlined by pop-funk icon Nile Rodgers, and I once went to a party he also attended, so I think that is enough to say that he is a close personal friend. Seriously, though, he seems like an excellent performer, and a terrific storyteller, and there will be additional performances by people like Ne-Yo and Rosanne Cash. Apollo Theater, 253 West 125th Street, 7 p.m., $1,500

Gear yourself up for those Hillary Clinton or Jeb Bush or—who are we kidding, it’s going to be them—fundraisers by stopping by the reception in support of New York City Comptroller Scott Stringer. The home of Renee Cafaro, The Plaza, One Central Park South, 6:30 p.m., $250

If you like Lilly Pulitzer but are a little put off by all the Lilly Pulitzer controversy, check out Nicole Miller’s Resort Collection. It will be previewed today at the Nicole Miller showroom, and should include fun stuff for the beach without offensive drawings for the office. Nicole Miller Showroom, 525 Seventh Avenue, 9 a.m.-5 p.m., invitation only 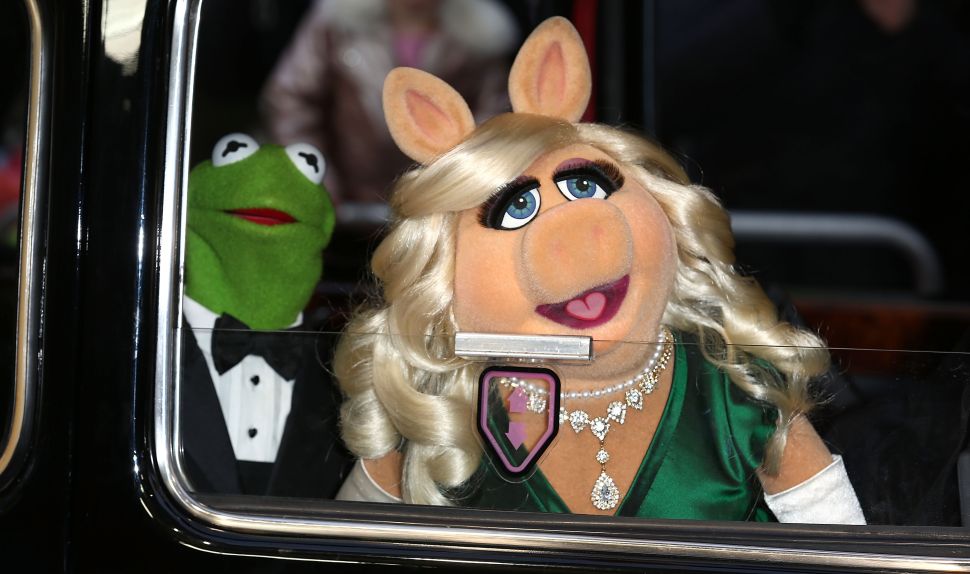