Say my name. Or slur it. Either way.

As you’ve probably heard, Blue Ice Vodka is releasing a limited edition series of Breaking Bad-themed bottles, each one emblazoned with a different Heisenberg catch phrase: “The One Who Knocks,” “Tread Lightly,” and “Say My Name.”

But I’m not convinced this vodka is for every day drinking. Breaking out a bottle of Heisenberg-themed vodka for any and all occasions seems, well, wasteful. Here’s a couple of select situations where I think Breaking Bad vodka is more than appropriate:

After all that, still not sure vodka is doing the trick? Hell, there’s always meth. Isn’t that right? 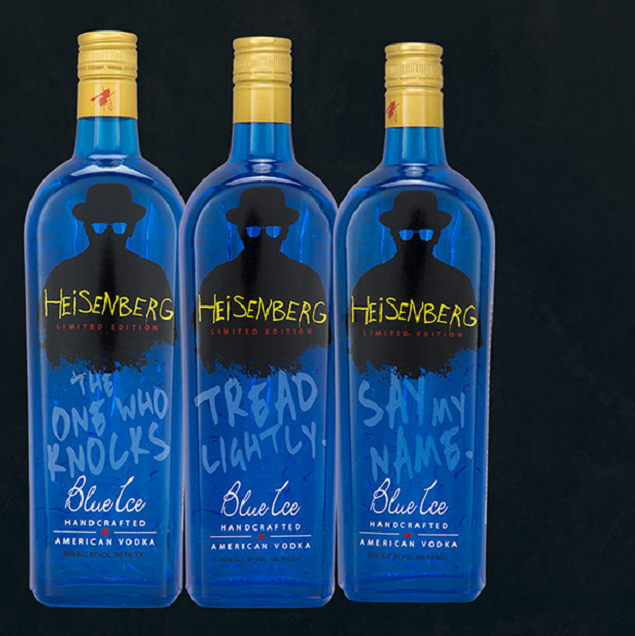