Hours before their show at nondescript Brooklyn warehouse 315 Ten Eyck, Iceage frontman Elias Bender Rønnenfelt reads a tattered paperback out the back of the band’s touring van.

‘I think if there is any kind of journey, it’s sung within, and one that leads nowhere,’ said Rønnenfelt.

“I’ve been reading the biography of Billie Holiday,” Rønnenfelt tells The Observer. “But I haven’t been listening to that much music lately. My phone with all my music on it got stolen in Athens when I slept outside.”

If such dalliances like reading in silence and sleeping outside seem antithetical to the music Rønnenfelt makes, you aren’t listening closely enough. Iceage’s pummeling third LP, Plowing Into the Field of Love, is a tuneful blast of baroque post-punk, conjuring an alternate universe where Leonard Cohen joined Minor Threat. Rønnenfelt’s intensity was palpable during Iceage’s hour-long set that night, but it’s in the juxtaposition between Iceage’s onstage immediacy and Rønnenfelt’s deeply visceral, thoughtful lyrics where the band’s true wisdom hides.

“I always had the sense that I was split in two, it seems so complicated,” Rønnenfelt drawls on “Forever.” “If i could dive into the other like it was an ocean, caressed by its , I’d lose myself forever.”

Live, the song is a veritable invocation of one major theme: struggling with a split personality, a struggle to find consistent self-worth and self-love. Jean-Paul Sartre wrote in Being And Nothingness that “the gaze of the other reduces me,” and Rønnenfelt’s solution to this great existential conflict is to plow into the other headfirst.

Whatever the origin of this narrator’s bipolar thoughts, such mood swings resonate with the audience. After the opening jangle of “Stay,” a bastardized pit kicks into gear and the crowd becomes a war zone. Bracing himself in position, Rønnenfelt accidentally knees me in the stomach before I climb onstage and off to the side for sanctuary. “So stay a little while, before my thoughts go running wild,” howls Rønnenfelt, with all the guttural power of his youth. “They smolder in the below, ready to shoot out of the ground. It’s as if I can see them all crash in epiphany, one deafening deep combusting sound.”

If all of his musings seem a little self-defeating, it’s not for naught. Rønnenfelt embraces the cliché that it’s the journey—not the destination—which defines his life, and if such wanderlust seems a tad nihilistic, so be it. “I think if there is any kind of journey, it’s sung within, and one that leads nowhere,” he says. “I don’t know what the message is, but for me, if it resonates with you or you can somehow resound what the emotions put into a recording, then it can work as empowering, or you can feel the sadness.”

‘I’m very interested in just standing there naked and not leaving anything in the shadows.’

Yet there was nary a sad face in the warehouse that night, somewhat unusual amongst punk audiences. Instead, faces staring up at Rønnenfelt wore a look of enlightenment, idolization, awe. He was almost treated as a savior by a scene of kids who don’t believe in that shit. Maybe this has to do with the extent to which Rønnenfelt puts himself out there, be it absorbing himself in books, his leaning in close to survey the crowd, or the precision with which he enunciates his words, never mind the snarl.

“We just tried to make the lyrical content overly transparent, and I made an effort to overly pronounce every word because I think this time around they play a much larger part in our music,” says Rønnenfelt. “I’m very interested in just standing there naked and not leaving anything in the shadows.”

Rønnenfelt puts himself out there again when the set abruptly ends. No encore. Sneaking outside to smoke a cigarette, The Observer notices him incognito amongst the ocean of fans soaked in their own sweat, coming back to the surface while they process what they have just witnessed.

“When you’re down below, you might be looking at the same people and the same surroundings and they all appear to be colorless, or you can’t see or grab a hold of the reality around you,” he reasons. “At other times everything is easy and beautiful and you feel like you’re in control.”

“To be in the same place but with a different set of eyes— does that make sense?” 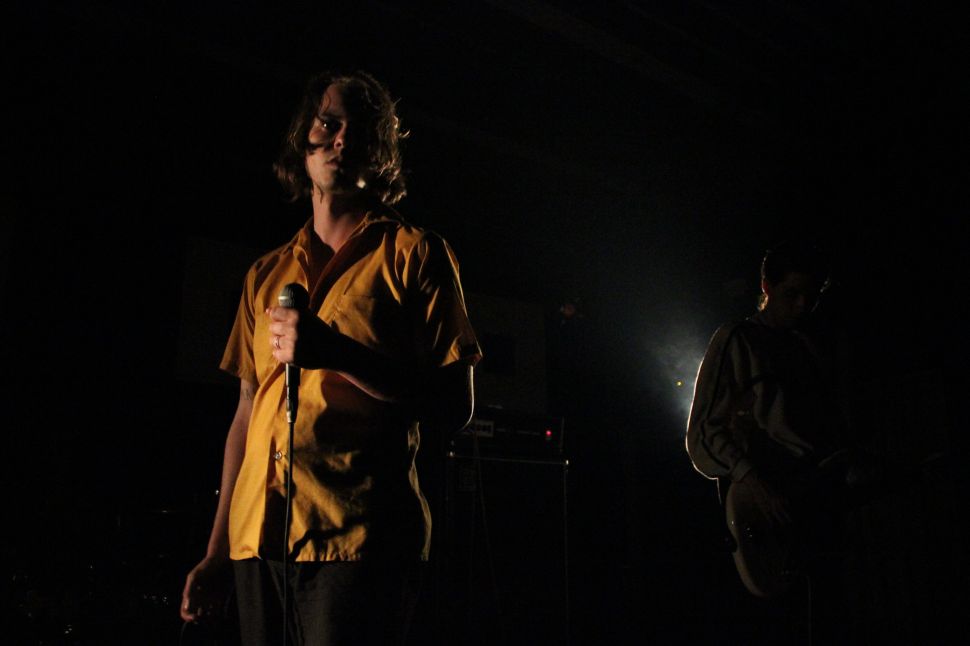