There’s one mantra that comes out of every seemingly uneventful county party reorganization meeting: “They’ve got to come through us in 2017.”

A little farther north, Union County Democratic Chairman Jerry Green didn’t go so far as to say the next governor must go through Union, but he did say the next governor might be from Union, alluding in his opening remarks at the microphone to state Senator Ray Lesniak (D-20), whose allies formed a political action committee (PAC) with seeming gubernatorial 2017 designs.

Whether coordinated or separate, a political storyline seems to be developing in the two counties.

McCabe and Green have played footsy in the past with declarations of sticking together for the sake of political leverage. If the South goes one way and the North the other, or some such variation on that theme, and Monmouth-Ocean-Hunterdon-Mercer-Somerset maintain their own alliance, Union and Middlesex can form a power partnership of sorts, or so runs the argument.

Perhaps coincidentally, two men from Union and Middlesex are adamantly telling people they will run for governor in 2017: Lesniak of Union, and Assemblyman John Wisniewski (D-19) of Middlesex.

No, insist sources close to both men, they’re really running.

Wiz has been in the legislature for 20 years and wants to make a move with the traction he received from Bridgegate; and Lesniak looks around the caucus rooms and cheerily comes to the conclusion that he’s the smartest player in Trenton and why shouldn’t he sit atop the highest throne?

To get an idea of how deep the saturation of the guv narrative runs for the Elizabeth-based senator, PoliticekrNJ talked this week to an Elizabeth Board of Education member who, head in his hands, wearily admitted, “I may have to support him [for governor],” referring to the organization’s arch-enemy Lesniak.

Now, Lesniak and Wisniewski may absolutely nurse mutually exclusive and life-consuming designs on Drumthwacket, and they also may both consider anything less than the ultimate executive position in 2017 an unworthy consolation prize. But to the extent that Union and Middlesex keep other people off balance, they maintain their clout as jump ball territory for gubernatorial hopefuls. Whatever the final outcome, Wiz and Lesniak as candidates for governor increase their bargaining power for legislative leadership.

Or maybe Wisniewski is a Middlesex head fake and it’s actually Smith who’s poised to make a play for senate president. A source close to him says it’s not so, but it’s an interesting idea nonetheless.

With Sarlo’s and Weinberg’s ambitions conceivably canceling each other out, the prime mover behind assuring another term for Chairman Green last night, Lesniak can tease other candidates for governor with the threat of Union backing him in 2017 until they give him what he wants: maybe the senate presidency.

If they don’t give it to him, he can zigzag into another camp whose candidate does cut the deal to put him in the top spot, or run for governor.

Wisniewski can play a similar game in Middlesex: speaker for the support of Middlesex or he backs someone else – or he runs himself. To the extent that Middlesex and Union are coordinated they can operate as a leadership package: Lesniak in the senate, Wisniewski in the Assembly.

Or if they are apart, Smith can either strengthen Wisniewski’s position for speaker or fashion a pathway for himself to the senate presidency by directing his county toward that candidate for governor who is not with Lesniak.

Of course, all three men are big time lawyers, too, with their own well-connected firms. Maybe it’s not simply a title they want. But one can never tell until the deal goes down. 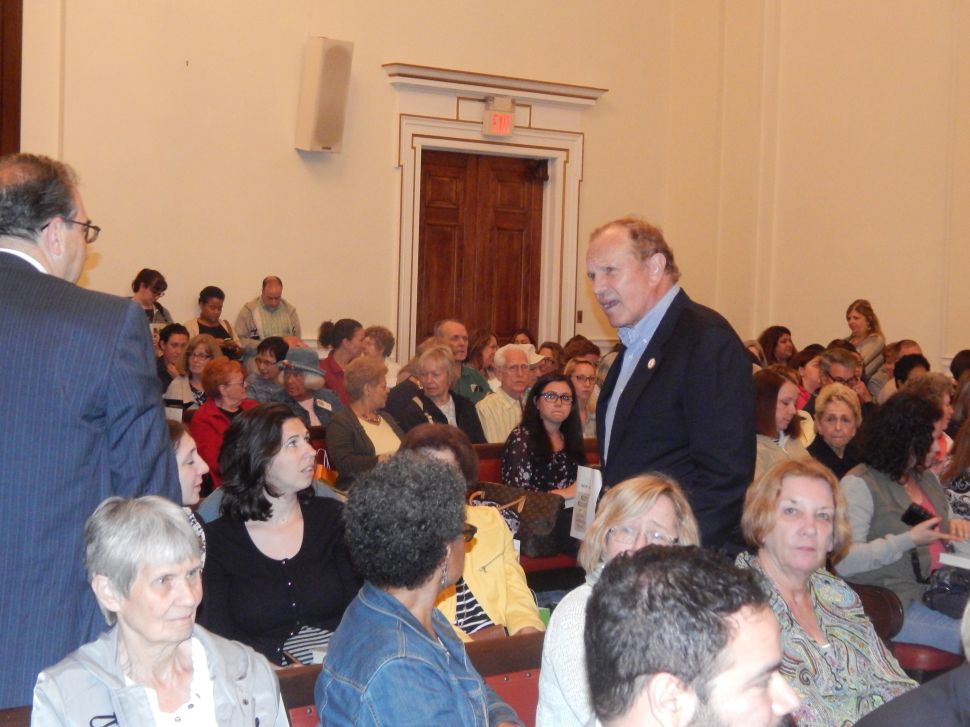