This July, New Yorkers who visit Times Square at midnight will catch a brief and spectacular view of a city an ocean away. Artist Eric Dyer will be showing his newest work, Copenhagen Cycles Journey, a trip through the Danish capital told through combined video stills he filmed on bike tours through the city. The film will be shown each night in July from 11:57 p.m. to midnight.

The project is the latest to be shown for Times Square’s Midnight Moment. Begun in 2012, the initiative is a collaboration between the Times Square Advertising Coalition and Times Square Arts to display digital artworks on the electronic billboards and kiosks of the world famous intersection. Previous projects include Rafaël Rozendaal’s Valentine-themed Much Better Than This, Björk’s music video Mutual Core, and works by Andy Warhol, Alfredo Jaar, Tracey Emin, among many others.

“He’d been on the radar of Times Square Arts for a while,” a spokesperson for the public art branch of the Times Square Alliance told the Observer said about Mr. Dyer.

During an eight-month stay in Copenhagen, the artist explored and videotaped the city from the seat of his bicycle. What makes Mr. Dyer’s project unique is the vintage method he uses to produce the film: a zoetrope. The old-school animation apparatus is used to simulate motion using drawings or photos shown in quick sequence. For Copenhagen Cycles Journey, the artist selected images from his filmed tours to construct custom zoetropes. When filmed, the result is a dizzying, fluid stream of visuals. 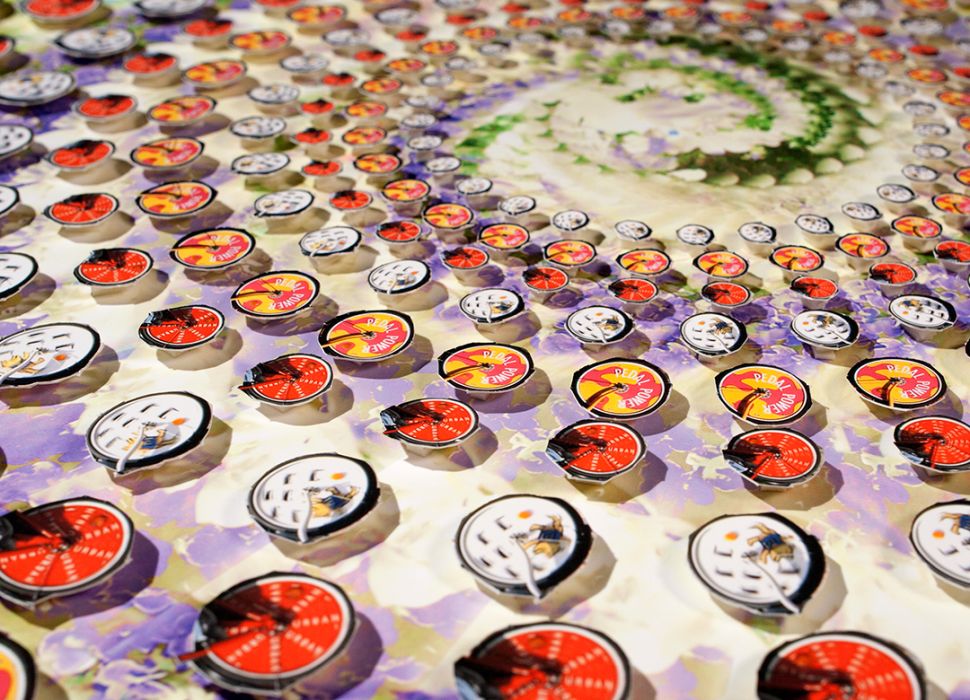