Vinnie: I think I figured out why two episodes in this whole TDS2 thing seems a bit…off? Or at the very least I figured out why my eyes glaze over until I look like Caspere post-acid at least three times an episode.

Last season the stakes were serious. An entire family of swamp monsters and catholic millionaires were kidnapping, molesting and murdering children. Murdering women. Then stringing them up with antlers on their heads. This season, the mystery needs to be solved because…Vince Vaughn needs his money back. It’s a race against time to make sure he can pay the double mortgage on his game room. On the very least, he’s definitely going to have to buy a new pair of glasses. 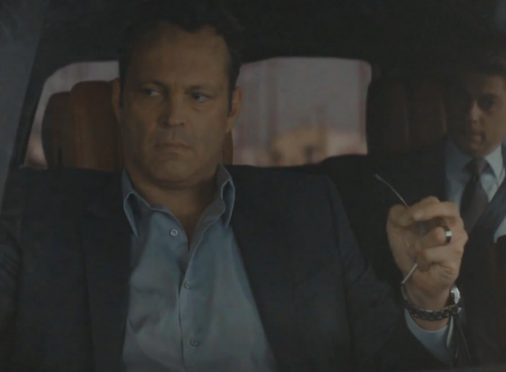 Drew: Guys, if he doesn’t get his cash back, he’s just going to have to keep witnessing hate crime fender benders until he just figures it out, I guess.

Or the rats eat him.

Vinnie: And, well, I guess now we’re supposed to care that Velcoro was just shotgunned in the stomach by Birdman.

Drew: Which was only NUTZO because I called that weird eagle head thing the first episode!! I knew that eagle would figure into the plot somewhere, if only because AMERICA, ya know?

Vinnie: Speaking of which, how amazing would it be if Velcoro is dead? Just womp, second episode, Colin Farrell is dead. I honestly think that would be a fantastic way for Pizzolotto to elevate this second season from the bland mumble-fuck that it is so far, to kill off one of the marquee names in the early goings. It even felt like they were setting it up, with him trying to get out from under Frank’s control, his sketchy goodbye to that waitress with the horrific facial scar (I’m sure that’ll be explained!), and his wife suing for sole custody of his son.

Drew: Oh my god, if he was dead? That would make this show ALMOST redeemable. Because as my husband pointed out this week, Farrell isn’t McConaughey. It sucks that anyone, in 2015, gets judged on how “less than” they are compared to Matthew McConaughey, but that’s just the postmodern, unjust society that we’re dealing with here. Farrell couldn’t pull off that “smoking a robot’s dick” line in reference to vaping, ipso facto, he’s out.

Vinnie: Not to be insensitive, but do they really need  a paternity test? Last time I checked Colin Farrell + Abigail Spencer does not equal 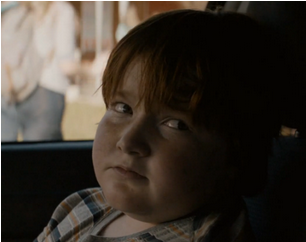 Although Frank does have a red-haired goon in a couple scenes. Solved it!

Drew: I just want the record to show that I’m too lazy to look up and insert a Maurie GIF right here. “Here’s your truth, detective! You’re NOT THE FATHER!” – Hashtag season 3?

Vinnie: So, uh, Paul is totally going to turn out be to be gay, isn’t he? Like, why else would they randomly throw out him being all sensitive about that guy that hit on him, saying he “almost clocked him?” I mean, it would explain the need for Viagra, and the far-off “life is rough” stare while his girlfriend is blowing him, and why he flies off the handle and screams “nothing is wrong with me” right before leaving her. Oh, god, do you think that’s how he proves his innocence in BJ-gate?

Drew: Um, no. He is definitely having sex with his mother though, and her truth, detective, is that she is not touching anything with gluten on it. “Can you just pick the skin off that chicken?” is the new “Yellow King fucking his sister.”

Vinnie: I nominate “watching a Clint movie” but that’s just my opinion. 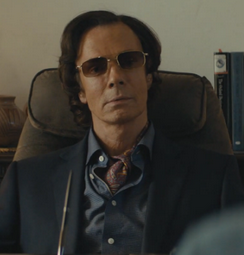 Drew: OMG, THEY ARE MAKING NEW SHERLOCKS??? Oh, I see what you did there.

Vinnie: Also, not to get all “True Detective season one” on you, but there’s totally a painting of a bird in the background pretty much identical to the bird-mask the shooter was wearing at the end of the episode. 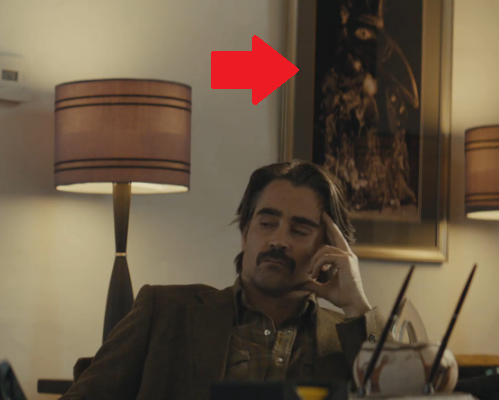 Drew: Whoa, you apparently were paying SO MUCH MORE attention to this show than I was. I still can’t get past Frank’s story about the rats, and how that technically might symbolize that he’s dead already? Because fuck it, if you’re not going to be able to re-finance your house to get rid of those stains, you might as well just rent a shady-as-fuck bungalow somewhere in Hollywood to have “young trim” (ugggghhhhh detective) call you a weak man.

Vinnie: An actual wax dummy of Vince Vaughn would have appeared more natural than real Vince Vaughn performing a line with the words “modus operandi” in it. Although I’ll take a single line any day over five interrupted minutes of him describing the time his dad locked him the basement for a couple days until rats ate his fingers. We’ve all been there Frank! Get over it!

Drew: Didn’t you  recognize him from his cameo in Hot in Cleveland, where he plays a tollbooth worker who convinces women he’s Rick Springfield in order to have sex with them? Because I know that was my favorite piece of truth, detective. (Do you see where I am going with this? Like we can just rename the show Truth Detective and it would be a thousand times funnier?)

Vinnie: What do we think of these car ride convos between Velcoro and Ani? I’m not sure the whole “they’re partners but they’re sooo different” schtick works when both of them are philosophic low-talkers, one’s biggest character trait is “likes knives” and the other throws out casual metaphors involving robot dicks.

Drew: She doesn’t just “like” knives, Vinnie. They are her truth, detective. Okay, I’m done. But honestly, I don’t buy her and Farrell as partners much, if only because they both obviously come from such ISSUES that you imagine their car chatter would either be mindblowingly interesting or mindblowingly dull. Like, “Do you have change for the meter?” “Nope.” “Well then, here is a knuckle sandwich to the testicles. Take that, DAD.” “Aggggh! Chauvinism!” (End scene.)

You get what I’m saying though. At least with Rust and Marty, they were both dudes, they could both like, exist in the same space and have it be believable. There is nothing that tells me that Regina George + Knives would make Colin Farrell’s misogynistic ass-dump of a dead-beat dad feel comfortable enough to get past their inevitable “Time is a flat penis” analogy.

And that’s the truth, detective! 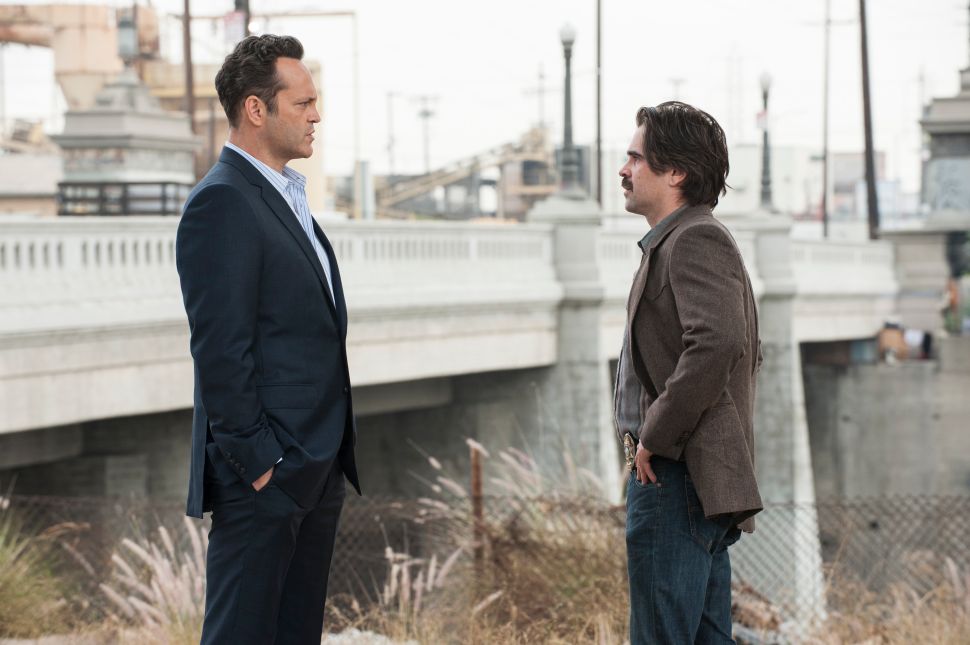