Fitness apparel, arguably as important to a number of women as the fitness itself, has built itself up as an essential trend to follow in health and wellness; if you look good in your chosen breathable spandex suit you will work harder, sweat more, feel better. With a manifesto that begins, “We are passionate about sweating every day and we want the world to know it,” Lululemon has stationed itself at the top of this work-out wear empire.

Lululemon, however, has recently faltered in their commitment to making women feel good. At the moment, they are working to recall the elastic drawstring in their hoodie line (not the hoodies themselves), as the metal/plastic-tipped elastic pieces can easily stretch and snap back, injuring the wearer in the face and neck. While the company has clarified that they will gladly send customers a new non-elastic drawstring, and that Lululemon store employees can assist with the replacement of the string, they will not replace customers’ products. Despite the 133,000 hoodies sold in the U.S. alone, Lululemon claimed that they do not consider replacing the draw cords overall to be entirely necessary to their business—they will only send replacements to wearers who request new ones.

Lululemon tends not to be particularly humble when it comes to apologies. In March, 2013, the company’s luon yoga pants were recalled in response to claims that they became sheer when stretched too taught. For pants manufactured first and foremost for the practice of yoga—which features a lot of stretching—this felt like a rather fundamental error. The larger offense, however, came from founder Chip Wilson in his public apology months later: “Frankly, some women’s bodies just don’t actually work [for the yoga pants].”

Having built his corporation on encouraging women to take physical fitness seriously and promoting self-esteem in the process, Mr. Wilson essentially called everyone with a complaint against Lululemon fat. He pointedly blamed women’s bodies for a design flaw in his product, in addition to formerly claiming that Lulu would not turn out plus-size products as they require 30 percent more fabric and thus a 30 percent price increase. He claimed women would be “too sensitive” to pay the rational added fee.

Following that disaster of an apology, Mr. Wilson posted a video on YouTube in an to attempt to reconcile all of the negative public attention the company had garnered. The apology, however, spoke almost exclusively to Lululemon employees, whom he encouraged to stand by the “empire they have built.” He ultimately stepped down from his position as chairman at the end of 2013.

Lululemon still has yet to issue any definitive apologies;  no “I’m sorry for the head and neck injuries you are suffering at the hands of our product,” and no “I’m sorry everyone could see your butt in yoga.” So in addition to his poor etiquette, perhaps Mr. Wilson has convinced the public that Lululemon is not so much a brand that promotes wellness, as it is one that promotes the maintenance of a certain size. The recent debacle simply speaks, yet again, to their disinterest in fostering a careful, sensitive relationship between women and their bodies. 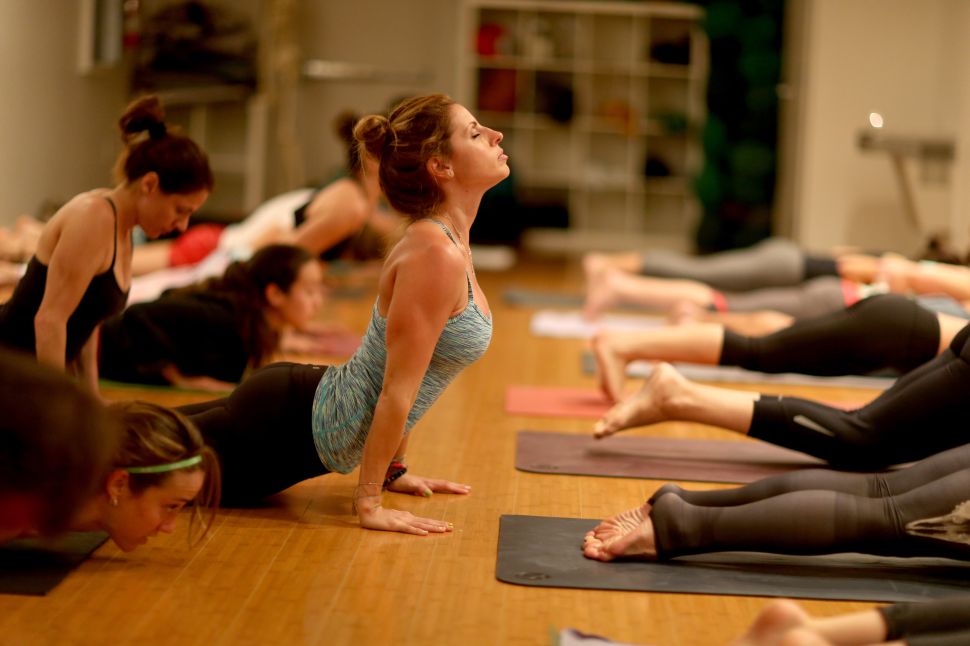