Chris Sacca is a Twitter stockholder, and has been a user since July 2006. Though he is loyal to the company, he doesn’t love everything about it. To that end, yesterday he published an 8,500-word post called “What Twitter Can Be” on his blog Lowercase Capital. While giving the company credit for its willingness to take risks and lauding it for its shrewd acquisition of Periscope, he also highlights some serious problems, along with potential solutions.

Mr. Sacca then explores each of these issues in depth. In terms of the user experience, he finds fault with the fact that timelines are organized in reverse chronological order, and that the core timeline building block is an account follow, which means if someone a user doesn’t follow tweets something important, they’ll miss it.

To combat this problem, Mr. Sacca advocates Live Twitter, a separate tab tailored specifically to live events and featuring tweets from relevant accounts- for example, during the Grammys users would see tweets from Lady Gaga and Sam Smith, no matter whether relevant hashtags were used. Mr. Sacca also wants channels to be added to Twitter in general, to filter tweets for topic, location and popularity. Finally, he thinks Twitter should add a Vault, in which users could save important tweets and information.

As someone who relishes live tweeting awards shows, I love the idea of Live Twitter- seeing the perspectives of people you don’t follow who share a common interest with you is valuable. Having channels tailored to my diverse interests would also be an asset, as would a Vault of important information.

On the emotional side, to help users get over the “scariness” of Twitter, Mr. Sacca advocates integrating Medium and WordPress into the Twitter experience so that longform can be embedded in the 140-character system.  He also proposes ways for users to participate without even composing a tweet. These methods include commenting on an article through a tweet, answering “questions of the day,” participating in polls and prompting users to participate in Throwback Thursday photo challenges.

This section is where Mr. Sacca’s argument starts to seem implausible. At times I find it hard to distill my thoughts on a particular issue into 140 characters, so integration with a blog that would help users fully express themselves would be valuable in that regard. Mr. Sacca’s ideas for users to “tweet without tweeting,” however, smack of clickbait; stunts like this constantly clog up my Facebook page, and I go on Twitter expressly to avoid them. If Twitter adds these features, it will lose what makes it Twitter.

Finally, pandering to pure self-worth, Mr. Sacca outlines several ways to make users feel more valuable, including replacing “favorites” with more casual “hearts.” He also wants to add “read receipts,” which will let users know that their tweet was read by a celeb like Katy Perry, even if she didn’t favorite, retweet or reply. These A-listers could then send out “Thank You Bombs” to all their users, thereby letting the VIPs show their gratitude while making users feel good with little effort.

Mr. Sacca’s last point is even more ludicrous than the previous one. The starry “favorite” beats a heart any day, and read receipts would have the opposite effect of what Mr. Sacca suggests- users will feel cheated that their favorite artist read their tweet and failed to respond, just as Facebook users get annoyed when a friend “sees” their message but doesn’t reply. Twitter Analytics already gives these numbers without names attached, letting users know their tweet was viewed while giving the viewer some anonymity (and sparing the user’s feelings). Mr. Sacca also gives far too much credit to celebrities- I highly doubt that Hugh Jackman would take the time to send out a tacky “Thank You Bomb.”

The Twitter fixes Mr. Sacca proposed go from sublime to ridiculous in a hurry. His passion for the Tweetbot is clear, but rather than messing with Twitter’s fundamental magic, he (and Twitter itself) should focus on concrete, workable changes to the interface. 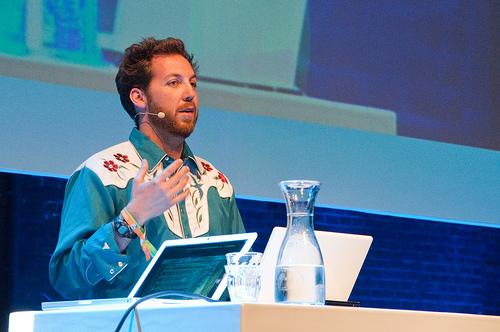