On Wednesday night, Victoria Beckham sat down with Fashion Week creator Fern Mallis to talk about her eponymous fashion line. As part of 92Y’s Fashion Icons series, Ms. Beckham talked trading pop songs for peplums, how much she enjoys her second life as a highly regarded fashion designer, and the fact that she has yet to give up the microphone.

Ms. Mallis recounted the former Spice Girl’s early life, pointing out that she didn’t go to design school, and admitted her own suspicions of the brand. “I thought, oh, another celebrity doing sunglasses and jeans,” the industry alum said, receiving laughs from both Ms. Beckham and the audience. Though famous for her seriousness, Ms. Beckham playfully poked fun at the less successful moments in her career, when she tried her hand at walking catwalks and a solo singing career. Minor mishaps aside, she also described settling into motherhood and her vision for the eventual expansion of her brand.

Her very first runway show: “I did a presentation at the Waldorf Hotel here in New York, and I would just have groups of people come in, whether it was press or buyers. I had two models. They didn’t have stylists or things like that at the time. The girls would walk towards where we were all sitting and I just started talking. As I said, I like to talk, and I like to talk about clothes. People started to like the fact that I’d narrate through the collections.”

The journalists that review her collections: “I read everything. I read every single review, and as much as people say they don’t care, I think they’re lying. You do care. I care what everybody says. There’s lots of journalists that have come on this journey with me, and I have a lot of respect for them, and I’m interested to hear what they have to say.”

On spotting her clothes out in public: “If I’m out at a restaurant and I see someone wearing one of my dresses or carrying one of my handbags, that’s really exciting for me, because that person has chosen to invest in me as a designer. I always say, ‘You look great.’”

Branching out beyond her price range: “I would like to offer clothes to people who either can’t or don’t want to pay designer prices. I really want to make women feel great and feel empowered. We’ve been approached [to do it] in the past, it’s just figuring out when to do it and who to do it with.”

Meeting David Beckham for the first time: “When all the other players were in the lounge [after the soccer match] having a drink with their friends, David was sitting with his mom and dad and his younger sister, and I really liked that. I’m very close to my family, he’s very close to his, and I just thought that that was really nice. It was very adorable, and we just got to talking.”

A family of athletes: “They all love soccer, all of the boys. They’re very very sporty. And Harper likes soccer as well, it’s like a dagger going through my heart! Not really! That’s not the tweet to put out there!”

Adding on to the family: “It’s hard to do everything, and I like to spend time with each of the children individually. I can do that with four. Could I do that with five? I don’t know. I mean, you’ve got to get a bus! There’s no Rolls-Royce for when you’ve got that many kids.”

The Spice Girl’s impact on girl power: “Our message was that it doesn’t matter if you’re a little bit different. That’s where girl power came from. It doesn’t matter; just be who you are, be proud of who you are and really value friendships between other girls.”

On being part of a girl band: “We didn’t really have a lot of routines, we just used to jig around. They tried to get us a choreographer, but nobody would listen. We really liked the fact that we were real. We weren’t choreographed, we were five girls that individually weren’t that great, but collectively were. And normal girls could relate to us.” 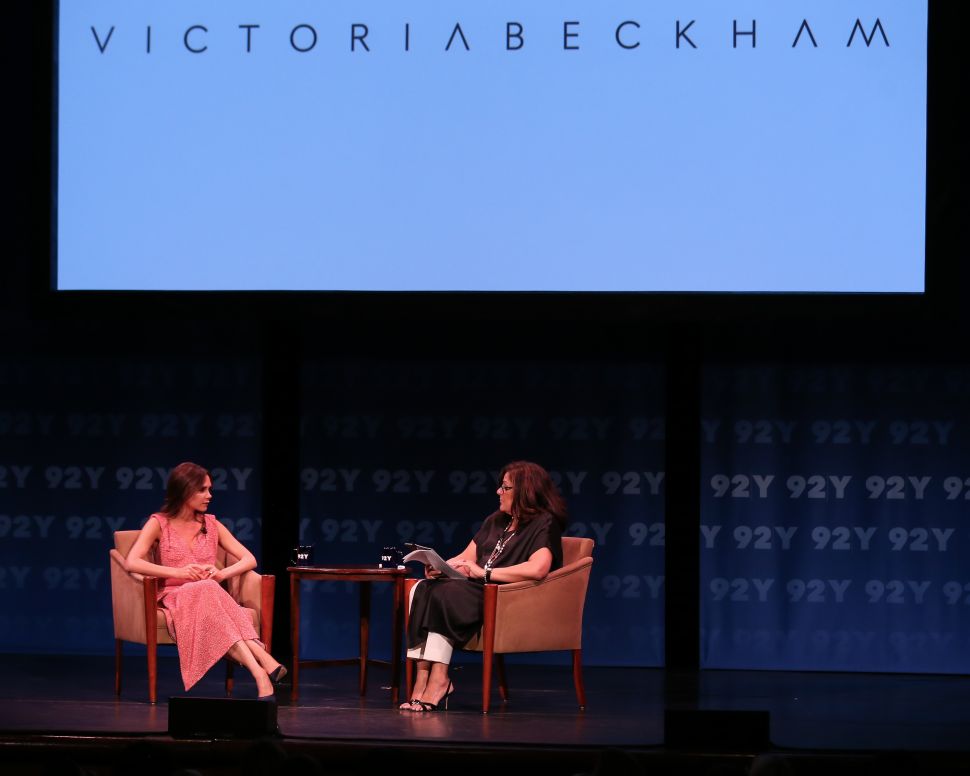