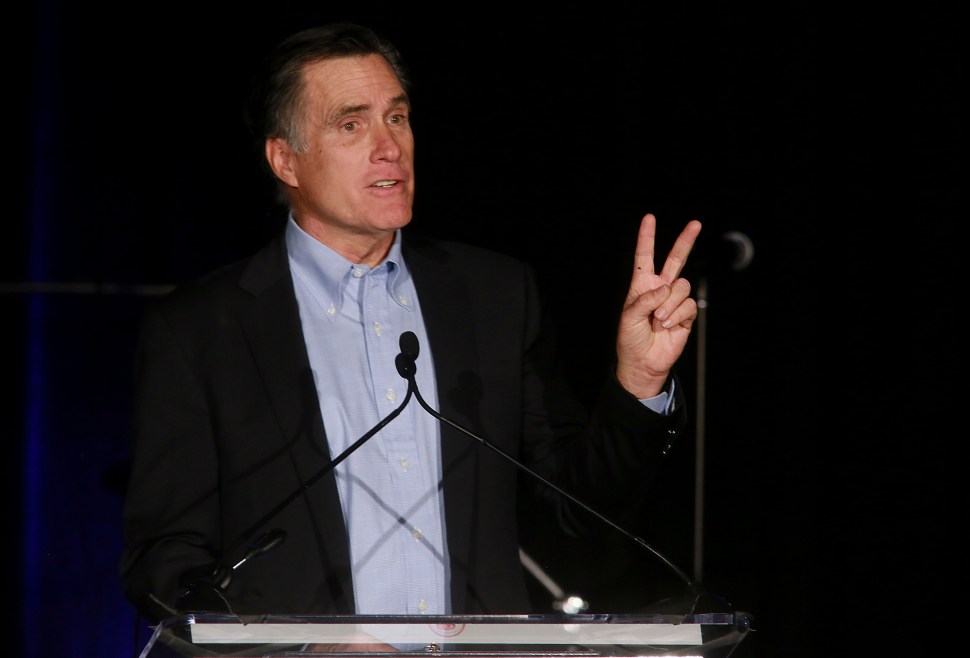 It may be instructive that the first thing to rise from the benighted sea of unconsciousness that is the blogosphere when FIFA was seen to be rife with corruption was that this could be a job for Mitt Romney. It is what he does, no? Fix things which are broke. And anyone who saw the Winter Olympics in 2002 would be impressed. The dour vengeance demon, Vice President Dick Cheney, was there in the audience hoping for another “Miracle on Ice” in the Americans made believe that we beat the Russians in real life. In fact, the Canadians won gold in both men and women’s hockey and I would contend found a new national identity at that very moment in 2002 which rises still. But Mitt came out the big winner. So maybe he could fix world soccer as well, no?

The question cannot be far away: Then maybe he could fix us, no?

Or maybe he could be vice president, the blogosphere plaintively wishes, and help along whomever last climbs out of the clown car in New Hampshire to be last man standing. What’s wrong with that?

They said the same thing about Bill Clinton in New York the day after he was no longer president. Could he not be vice president? No. There’s a rule. But they just couldn’t let go. They still can’t – to let go of Bill was/is to let go of everything. So can’t maybe his wife be president? That could work.

Then maybe Mitt’s wife Ann could to be proxy president for Mitt, no?

But we have come to appreciate Romney precisely because it wouldn’t occur to him or his wife to advance with treachery, duplicity and deception. Because they are inherently honest. Because they are inscrutably moral and have a work ethic. And here is a secret; perhaps even because they pray. They are all the things today so many of us used to be and it all seems to come so naturally to them; as if they were a holdout from our past – or a vision of our future. And that is why we think of them in any emergency; to fix the things that are broke – that we broke – in a world that is always breaking. Almost as a child would a parent.

Romney had two problems. The first was big money. He has a lot of his own, but not enough, so big money had to find him. In 2011, when he wanted to be president, big money could think of nothing but New Jersey Governor Chris Christie for president, and Jeb Bush would follow as VP. They even had Henry Kissinger calling him to tell him how he, Christie, a large, edgy man who could quickly slip into political caricature (hugging Jerry Jones), would work well with the Washington Establishment. And Jeb would be there to help as VP. They even had Barbara Bush calling Christie’s wife, telling her how much she would enjoy getting out of grungy New Jersey to the charming and sunny East Wing.

SEE ALSO: Martin O’Malley and Rick Perry: New Approaches That Must No Be Dismissed for 2016

In hindsight, why would the big money possibly reject Romney for Christie? I’d claim today because it is for the exact same reason that we call him out when we need an honest man to fix things. Are we sure big money is ready for that? The safe bet was the more pliable Jeb but now it is not looking so safe.

The Romney wish today might be seen as a tailwind of what historian Dan Carter called the “new conservatism” in his inspired text The Politics of Rage: George Wallace, the Origins of the New Conservatism and the Transformation of American Politics.

Carter traces the roots of the new conservatism to Alabama’s firebrand segregationist Gov. George Wallace (D) who ran for president in 1968 on the American Independent Party ticket: “Without using the cruder vocabulary of traditional racism, George Wallace began his national career by skillfully exploiting those fears and hatreds,” he writes. “And as the civil rights movement expanded in the 1960s to inspire the women’s rights movement, the antiwar movement, and the politics of sexual liberation, George Wallace adroitly broadened his message. . . Wallace knew — instinctively, intuitively — that tens of millions of Americans despised the civil war agitators, the antiwar demonstrators, the sexual exibitionists as symbols of a fundamental decline in the traditional cultural compass of God, family, and culture.”

But would a new, fully fledged politicized religious movement suddenly turn to a Mormon? Instead, Iowa in 2008 turned to the Southern Baptist preacher, Arkansas governor Mike Huckabee, who beat Romney in the Iowa primary 34% to 25%.

Right now Huckabee is at 3.3 in New Hampshire, 9.4 in Iowa. But this past August when all the aspirants were hovering between 9 and 12 in Iowa and a poll asked, suppose Mr. Romney was put into the mix, Mr. Romney came up with a whopping 35 percent.

Possibly it is too late now, but I don’t think so. With BIll Clinton, his vast boomer generation was/is afraid to let go, lest the whole generation descent whole cloth into the maelstrom (still ahead). With Mr. Romney we were afraid at first to take hold. He may have understood that it would take longer to get to know him and his family and it would take at least two runs, even if in the second he was sure to lose to the popular Obama. He needed the exposure.

So it isn’t because Romney has changed that we dream of him today in wish fulfillment as FIFA chief or VP. It is because we have changed. Romney and family were always ready for America. Only today perhaps America is finally ready for Romney. 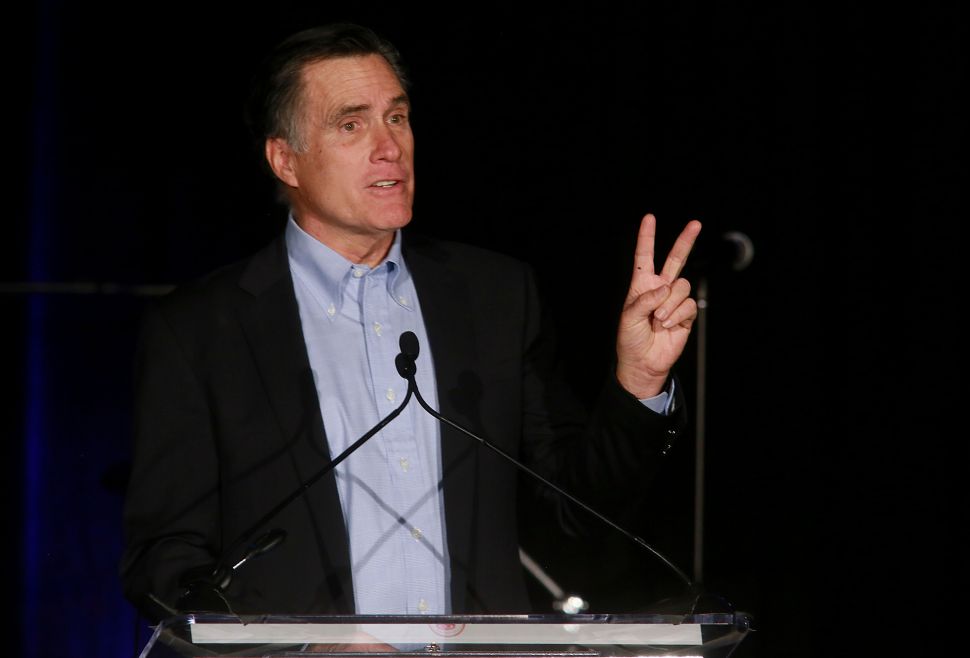